4 Experiential Ways To Entice People Back To The City 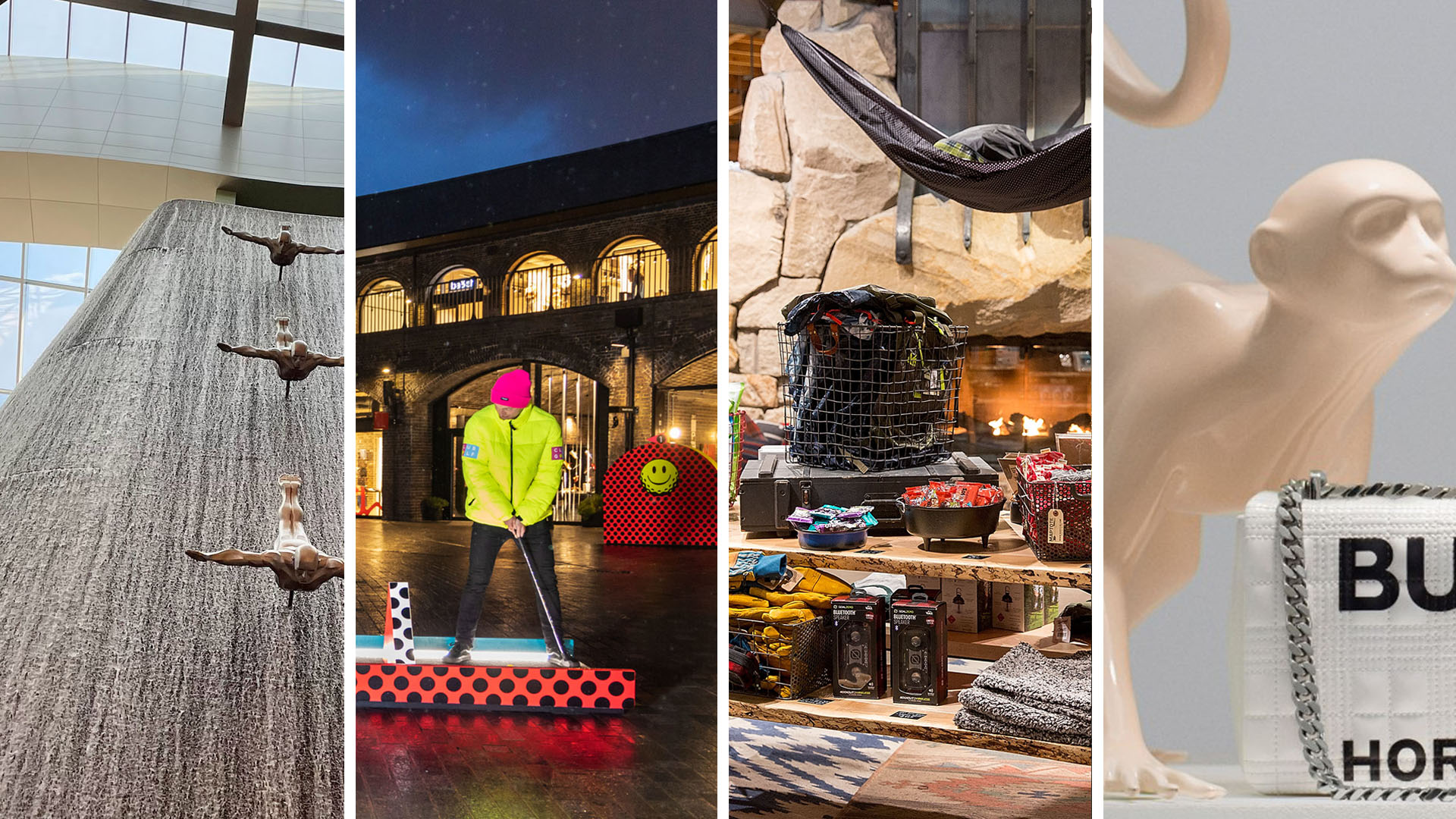 Despite the recent surge in articles on “re-socialisation anxiety” – like this BBC article which insist that months of being housebound have left us nervous about re-entering society – when it comes to our lust for a spot of window shopping, the stats say differently.

Blame consumer-based capitalism if you like, but a survey by UK mobile network O2 this week revealed that 62% of British consumers have missed going into physical shops during Covid-19 lockdown restrictions, 90% are looking forward to the opening of non-essential retail stores, and 24% are drawn to shopping in person due to the “enjoyment of the atmosphere”.

As vaccination programmes gear up worldwide and lockdown restrictions tentatively begin to ease, this all sounds like good news for high streets, main streets and shopping malls which have suffered from dramatically reduced footfall and closures during the height of the pandemic.

But the boom in online shopping over the last year poses a real challenge to real-life retailers, who are going to have to think creatively to lure shoppers off their sofas and back into stores.

We’ve already asked Vince Kadlubek, one of the founders of the pioneering art and entertainment company Meow Wolf, how the experience economy can save retail real estate – so as IRL retailers the world over begin to creak back into action after the great pandemic pause, let’s look at four ways they’re turning his ideas into reality…

While local high streets and community centres thrived during the pandemic, CBDs (central business districts) and non-residential areas were the first to see their footfall disappear almost overnight. And although workers are beginning to trickle back into offices, the downturn in tourism and nightlife has left hospitality venues in such areas struggling. The solution could lie in, as Vince puts it, understanding that people are looking for things to do that fulfil a need rather than just shopping out of habit.

Cue the City of Sydney’s collaboration with an area around York, Clarence and Kent Streets of central Sydney to form YCK Laneways, a new nightlife hub hosting events, performances and happenings every night of the week and aiming to convince Sydneysiders to see YCK as a place to spend their nights off as well as their days in the office. They’ll be kicking off with YCK Laneways Block Party, a six-week arts and culture festival featuring drag quizzes, burlesque performances, slam poetry and DJ sets.

It’s a similar story at London’s Coal Drops Yard, which has launched a 10-week events programme in the commuter zone of King’s Cross to lure back Londoners – entertainment is set to include a pop-up crazy golf course, photography exhibitions and outdoor markets.

Meanwhile the Souk Al Bahar shopping mall in Dubai is the latest to open a Time Out Market collecting some of the city’s best restaurants under one roof, with a roster of local musicians, comedy shows and poetry readings set to take place when live entertainment is allowed to recommence.

Vince identified the way in which the pandemic has made children of us all – reevaluating our relationship with the outdoors, reengaging with the real world and embracing the power of play. This presents an opportunity for retailers to engage shoppers on a different level by giving them the means to release their inner child.

Bluewater shopping centre in Kent is grabbing this opportunity with two hands (and a rope) by introducing the UK’s longest and fastest zipwire in its surrounding parkland, soon to be followed by a climbing wall, giant swing, bungee tower, giant slide, clip and climb, bouldering wall and route-marked climb.

Over in the USA, the outdoor apparel store REI will be opening a new store in Jackson, Wyoming that will offer workshops and classes to connect people to outdoor experiences in the region in line with its brand messaging.

Art installations in stores are nothing new, but in the fight to get people back through their doors, creating visual experiences that are both maximalist and photo-friendly might become the standard for savvy retailers. In Japan, flagship stores old and new use art as an additional hook to bring in customers – see Uniqlo Harajuku’s three-metre statue of pop star Billie Eilish by Takashi Murakami or streetwear store KITH’s massive shoe installation.

Luxury fashion brand Loewe’s first West Coast store in California will pay homage to global craftsmanship by showcasing art pieces by Italian artist Giorgio Griffa, Japanese artist Yuji Agematsu and the Japanese master-craftsman Hafu Matsumoto. Meanwhile at Dubai’s Mall of the Emirates, “The World of Banksy” will be the world’s largest unauthorised exhibit of its kinds, featuring recreations of the artist’s work.

Over the course of the pandemic, we’ve seen digital retailers rush to recreate some of the best aspects of IRL shopping online – like using virtual reality to create an immersive online shopping experience and letting people virtually try on clothes and make-up, and try out home furnishings. However, how could this blending of the online and offline worlds work for bricks and mortar stores?

The answer could be omnichannel: blending the best of both worlds to create a new, more frictionless experience for shoppers. Augmented reality is already being used by offline retailers to allow customers to access information about products they find on the shelves. Burberry used AR in a more creative way by partnering with Snapchat to create “Animal Kingdom” last September. The in-store gamified experience let shoppers scan Snapcodes embedded in pop-up stores to see the animals around them come to life, and unlock rewards too.

The rise of the cashierless store pioneered by Amazon could also pave the way for a more seamless online/offline interaction, with Amazon selling their cashierless technology to other retailers and expansing its Amazon Go stores outside of the States with its first physical outlet in West London. US store Walmart is also experimenting with allowing customers to order and pay for their goods in store and have them delivered to their homes.

Whether it’s by integrating digital experiences into offline stores or creating IRL experiences that cannot be replicated online, it’s clear that the future of the high street belongs to those who aren’t afraid to experiment with the space they have and know they can’t rely on our shopping habits of old.

The second Experimental WXO Campfire took on the topic “How The Experience Economy Can Breathe Life Back Into Our High Streets, Main Street, Malls & Town Centres/Centers After The Pandemic”.

Register your interest in becoming a WXO member here to be the first to know about upcoming WXO events, both digital and IRL.