Experience Radar 15: The Hogwarts Express Gets Made Over, AR Collides With Art, And KLM’s VR Training Platform Takes Off 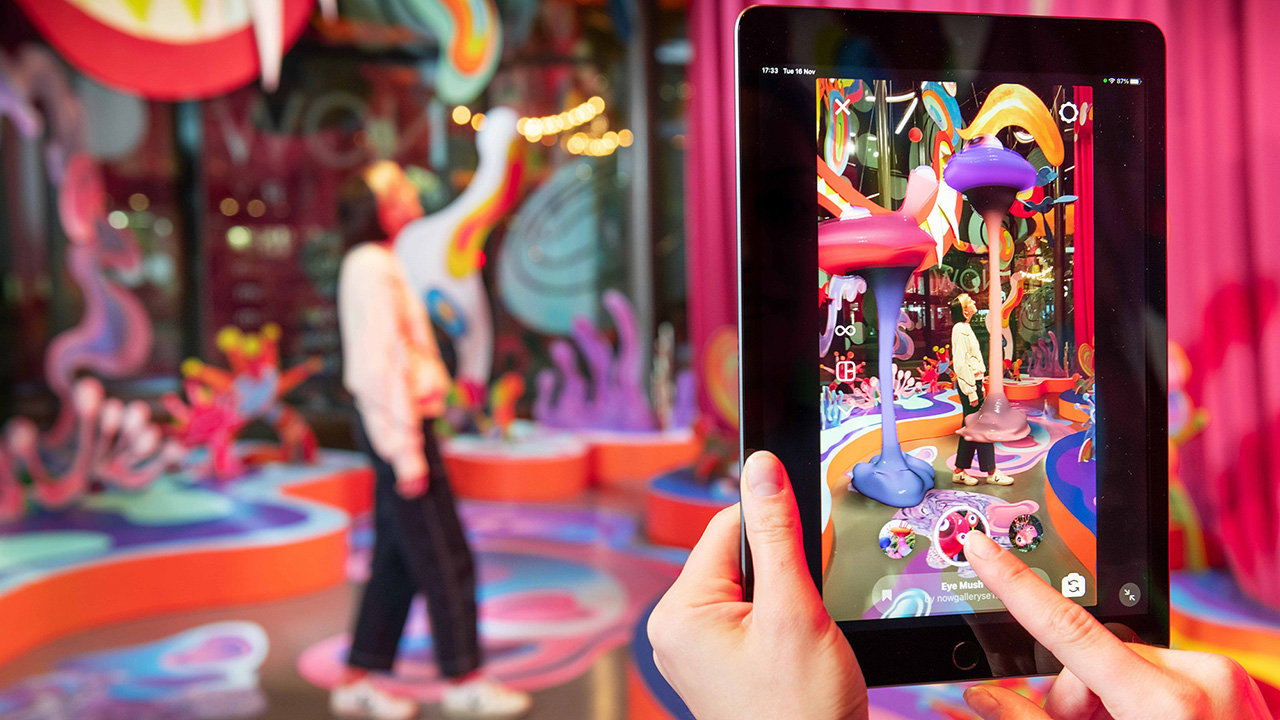 Welcome to Experience Radar 15, where we’re climbing aboard the Hogwarts Express for a journey into the future, soaring above the New York skyline on a ride narrated by Jeff Goldblum, and learning pearls of AR wisdom from Brian Vogelsang of Snapdragon Spaces.

If flying is your ultimate superpower, this new ride in New York is right up your avenue. Billed as a ‘flying theatre’, RiseNY whooshes 46 brave souls 30 feet into the air and treats them to a tour of the Big Apple’s skyline. Created by James Sanna, CEO of Running Subway – the man behind NY’s Van Gogh immersive experience – the action takes place inside a 180-degree, 40-foot projection dome featuring 8K aerial footage that creates the feeling of flight.

The experience kicks off in a recreation of NY’s first subway station at City Hall with a film narrated by Hollywood legend Jeff Goldblum, who delves into the city’s history and cultural impact on the world. The journey evolves into a flying tour of New York landmarks to the sounds of Taylor Swift’s Welcome to New York. To enhance the multisensory experience, the seats dip and turn, while wind and mist is spritzed onto rider’s faces.

2. New Light Show For The City Of Light

This summer marked the ninth edition of La Nuit aux Invalides, a dramatic light show beamed across Les Invalides’ 820-foot façade. To mark the 200th anniversary of Napoleon’s death, this year’s event included bespoke projections followed by a candlelight tour of the building, which boasts the tallest church in Paris adorned with 27lb of gold leaf, culminating in a journey through the emperor’s tomb.

3. All Aboard The Hogwarts Express

Wannabe wizards listen up ­­– a 3D artist from Kazakhstan has brought the Hogwarts Express from Harry Potter to life in a video that’s gone viral on social media. As reported by The National, Iskander Utebayev posted a video of his futuristic makeover of the fictional train on Instagram, which has clocked up over 3.5m views. The post reads: “Two decades of magic. Harry Potter 20th anniversary. My special design of The Hogwarts Express interior/electric locomotive with panoramic view. Magicverse.”

Utebayev has given the vintage train a 21st century refresh with the help of technology. Journeying through a snowy landscape framed by the Hogwarts School of Witchcraft and Wizardry, the futuristic open plan carriage boasts giant windows, plush white leather seats and Christian Dior cushions. The video was created to coincide with the forthcoming Harry Potter 20th Anniversary: Return to Hogwarts TV programme, set to air on HBO Max on New Year’s Day.

Dutch airline KLM has developed aviation training in VR in collaboration with Albeda Rotterdam The Hague Airport College and Deltion College in Zwolle. Using the powers of virtual reality, KLM trainees can now learn how to connect a jet bridge to an aircraft and extinguish a fire on board without breaking a sweat.

The module for Fire Safety contains an exact configuration of a KLM aircraft, enabling students to hone their skills in a realistic environment. Multiple passengers demand attention, and students are confronted with extensive smoke development, a fire alarm, and the effects of smoke on visibility. KLM has long been a leader in the aviation industry when it comes to VR, which is used by the airline to allow passengers to see inside their cabin before boarding.

5. Colour Me Happy With Lydia Chan

If you like your immersive experiences full of eye-poppingly bright, super saturated colour then head to the NOW Gallery in Greenwich, where multidisciplinary artist and set designer Lydia Chan has created a space for visitors to perform in, interacting with a narrative that explores the fantastical aspect of science fiction.

A self-confessed maximalist with a penchant for cartoons, Chan has collaborated with digital artists Songyee Kim and Thibaut Evrard to create an AR experience that acts as a portal between the digital and physical world via a filter on visitors’ smartphones that allows them to interact with the space. Called Your Ship Has Landed, the exhibition, which runs until March, aims to bridge the gap between our new-found digital lifestyles and our renewed experience of the natural world. The aim is to lift people out of the current gloom into a fun, fantastical realm.

As the number of immersive experiences on offer around the world grows, so too does the need for actors skilled in delivering believable performances that allow people to feel fully transported to the imaginary worlds being created. Enter stage left the Butterfly Theatre, which has joined forces with Immersive|LDN to launch a series of immersive acting courses at Immersive|LDN’s headquarters in Mayfair.

Starting at £240 for the foundation course, the part-time courses, led by RSC and Butterfly Theatre director Aileen Gonsalves, are built on The Gonsalves Method, which is rooted in The Meisner Technique. Being touted as a “game-changer” for the industry, the courses will teach actors how to engage with an unpredictable audience, usher them into a new world and hold them there.

And finally… for those keen to keep on top of the latest developments in AR, check out this interview on The AR Show podcast with Brian Vogelsang, the senior director of product at Qualcomm, on how to create a headworn AR ecosystem. Vogelsang’s focus at Qualcomm is Snapdragon Spaces, an XR developer platform for headworn augmented reality designed to complement Niantic’s Lightship among others.

In the interview, Vogelsang shares how his experience at Qualcomm gave him a front-row seat to the development of the mobile app ecosystem in the late ‘90s, and the smartphone ecosystem a decade later, drawing comparisons with the AR ecosystem Qualcomm is building, while looking ahead to 2022. The podcast also explores the differences in stand alone vs companion devices. “I think we’ll see adoption of AR glasses as a companion to a smartphone. We’ll also see mixed reality devices that use VR with cameras for video pass-through,” Vogelsang predicts.