Experience Radar 35: The World’s First ‘Amazement’ Park And Onboarding In The Metaverse 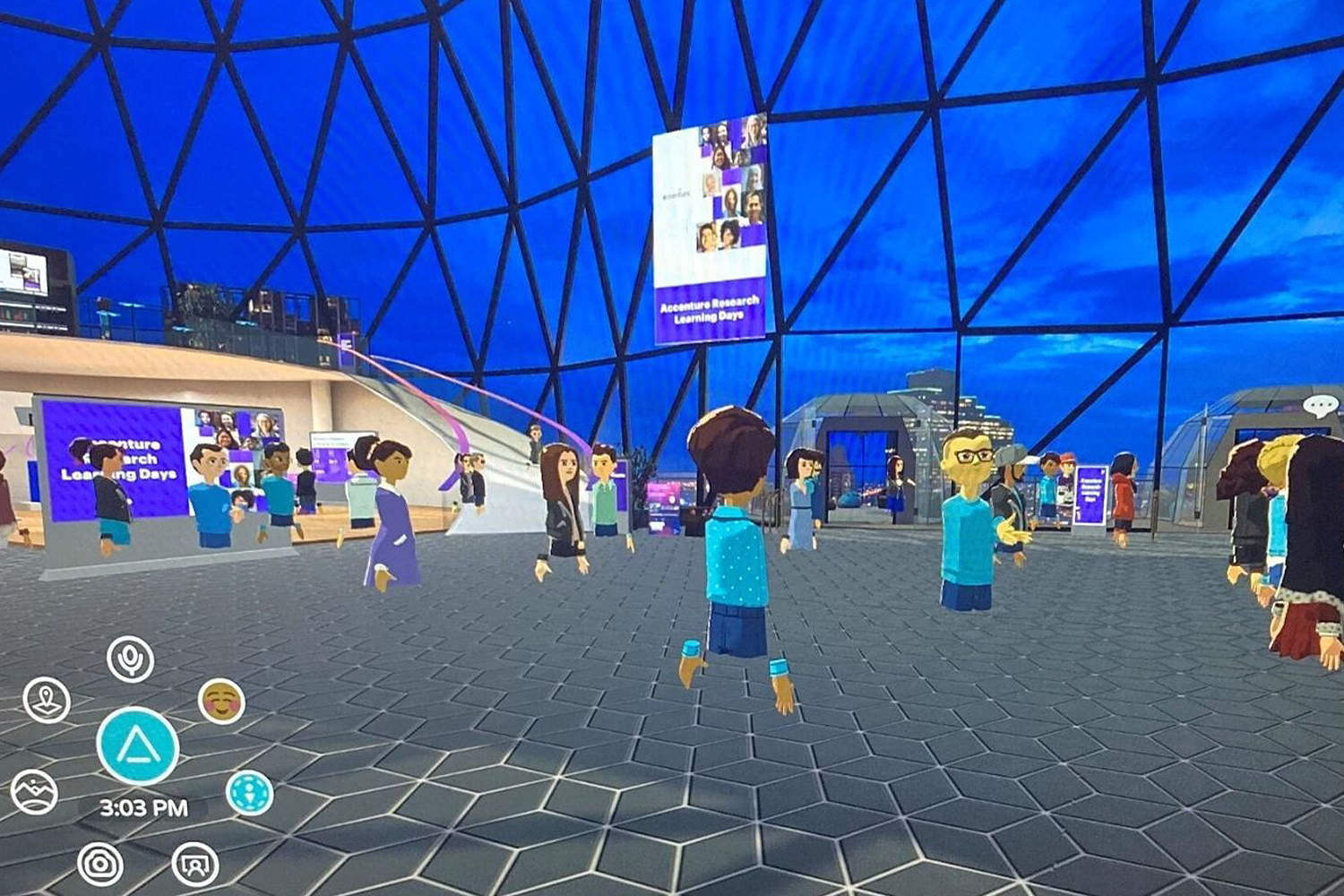 Welcome to Experience Radar 35, where we’re running riot in the world’s first ‘amazement’ park in Bristol, getting lost in a forest with artist Glenn Kaino, and checking out the cutting-edge concepts taking physical retail to the next level.

1. The Rise Of Virtual Nurturers

We’re on board with virtual pets in the metaverse, but what about virtual children? As reported by Wunderman Thompson, Catriona Campbell, a UK-based AI expert, predicts that virtual children will exist in the metaverse within the next 50 years. Campbell believes that the cutting-edge tech that evolves to create these virtual newborns will be embraced by the Tamagotchi generation as the lines between our physical and virtual lives become increasingly blurred.

Like IRL kids, she predicts that these virtual children will look like their parents and will be able to play and interact from within their digital habitat. In an age when many Millennials and Gen Z singletons and couples are opting out of parenthood for environmental and lifestyle reasons, the rise of virtual children may provide a welcome outlet for people to indulge their nurturing instincts without the costs and environmental impact attached to raising a family.

Move over amusement parks, amazement parks are here to steal your thunder. As reported by the Bristol Post, the world’s first ‘Amazement Park’ in due to launch in St Philips in Bristol this summer. Called Wake The Tiger, the park has been created by the same team behind music festival Boomtown. Catering to all ages, the immersive art venue will boast interactive environments offering “daring new experiences”, giving visitors a fresh take on traditional art galleries.

On arrival you’ll step through a secret portal into the world of Meridia – a multi-layered maze of immersive environments, secret passageways, hidden forests, temples and ice caves, where you’ll be encouraged to discover the secrets behind the four great Guilds in Meridia. “This project is two years in the making and the result of decades of creative input from some of the best technologists, story-tellers and creative minds working across festivals and attractions in the UK. We are starting this new movement in our spiritual home of Bristol and can’t wait to be open this summer,” the park’s founder, Graham MacVoy, told the Bristol Post.

3. Seeing The Wood For The Trees

The immersive art experience on everyone’s lips at the moment is A Forest For The Trees in LA; an ambitious collaboration between artist Glenn Kaino, experiential art collective Superblue, The Atlantic magazine and Mastercard. As reported by Forbes, the multi-media installation works on a number of levels, being conceptual and collaborative with a moral and ethical dimension. It speaks to storytelling, magic-making and environmental activism.

Set in a 28,000-square foot warehouse in LA’s Boyle Heights neighbourhood, the experience takes visitors on a 35-minute journey through a forest-inspired installation brought to life through set pieces, audio narration, visual effects and original music. The goal is to get visitors to rethink their connection to nature and honour the traditions and ancestral knowledge of indigenous Native Americans as stewards of the land. It proposes a way forward, not just for the world’s forests, but for effective ways of presenting conceptual art installations.

4. Onboarding In The Metaverse

Irish professional services giant Accenture has decided to do away with the traditional bricks-and-mortar office to onboard its 150,000 newest recruits, who will spend their first day at the company in the metaverse. As reported by Mashable, Accenture has created ‘digital duplicates’ of physical offices everywhere from Madrid to San Francisco in the Nth floor Metaverse, a virtual campus called One Accenture Park that will help new employees to connect with each other.

Accenture’s CEO, Julie Sweet, believes a ‘phygital’ (physical and digital) workspace is the future for multinational companies and is keen to harness the power of AI to train and reskill staff, having found that people forget around 90% of training content within a month if it’s delivered in a traditional format. To assist with the virtual onboarding, Accenture has invested in thousands of Oculus headsets for new recruits and is backing the metaverse as both a networking and an employee-training arena.

In order to cut through the noise in an increasingly cutthroat market, retailers are pulling out the stops to provide more engaging and intriguing experiences for their shoppers. As reported by Level Up, bricks-and-mortar retail isn’t dying, it’s evolving. Experience architect Alain Thys neatly sums up the state of play: “The physical spaces we call stores are adapting to a new reality which is more digital, experiential, community-driven and attuned to the needs of the consumer. The only ‘deaths’ will be of the stores and brands unable to transition.”

Among the ‘next level’ stores to have recently caught his attention is The Self Space in London and Manchester, which is less retail space and more self-help emporium. Taking a contemporary approach to mental health, the space offers 30 and 50-minute therapy sessions for walk-ins seven days a week. Thys’s head has also been turned by the Audi Charging Lounge in Nurenberg, where you can catch up on work or relax with a cup of coffee while your car is charging and being washed. Meanwhile, at the new AI-powered Martell boutique in Hainan, robot bartenders create signature serves based on a customer’s preferences.

New York landmark the Empire State Building has played a pivotal role in movies as diverse as King Kong, An Affair to Remember and Independence Day. As reported by Ad Week, the Art Deco icon was recently used as a prop to promote the latest series of Netflix hit Stranger Things, when a portal to the Upside Down opened up on the south side of the building, signalling the start of season 4. The video, light and audio stunt was the brainchild of creative agency Giant Spoon and formed part of a global promotion of the show across 15 landmarks in 14 countries, with the Upside Down projected on buildings everywhere from Bondi Beach in Sydney to the Guggenheim museum in Bilbao.

The planning started last September, when Giant Spoon pitched Netflix the idea of creating multiple visual rifts around the world. “We said, ‘we need one cornerstone moment that’s just going to be amazing, holy shit, we can’t believe it did that. It’s just so big that you can’t ignore it,’” Marc Simons, co-founder of Giant Spoon, told Adweek. Luckily, Giant Spoon had relationships with the major players, from the Empire State Building to the various projectionists and technologists that helped pull everything together for that wow moment.

Colin Strong, head of behavioural science at Ipsos, believes it’s time for behavioural science to be reframed. Thus far, he feels it has placed too much emphasis on changing individual behaviours and not enough focus on wider behaviour change through systemic measures. Strong argues that the ‘i-frame’  (interventions aimed at an individual’s behaviour) and the ‘s-frame’ (systemic interventions like rules and laws) are not binary. “We can find ways to influence the ‘s-frame’ by working on changes in the ‘i-frame’ with individually oriented interventions that then have wider spill-over and catalyst effects in the wider population,” he says.

Strong suggests moving towards a more holistic understanding of behaviour, which requires us to move away from an over reliance on residential treatment centres. He advocates for setting aside a very narrow measure of success as measured by an RCT and instead embracing the way in which a well-informed understanding of the behaviour, linked through to intervention design in a coherent way, is able to offer a much more flexible and valid means of evaluation and testing. “Change is mediated through the wider social and cultural climate, and as such marketers are often key collaborators. Success is measured by surveying the public’s attitudes, beliefs, goals and values, just as much as through immediate changes in behaviour,” he says.