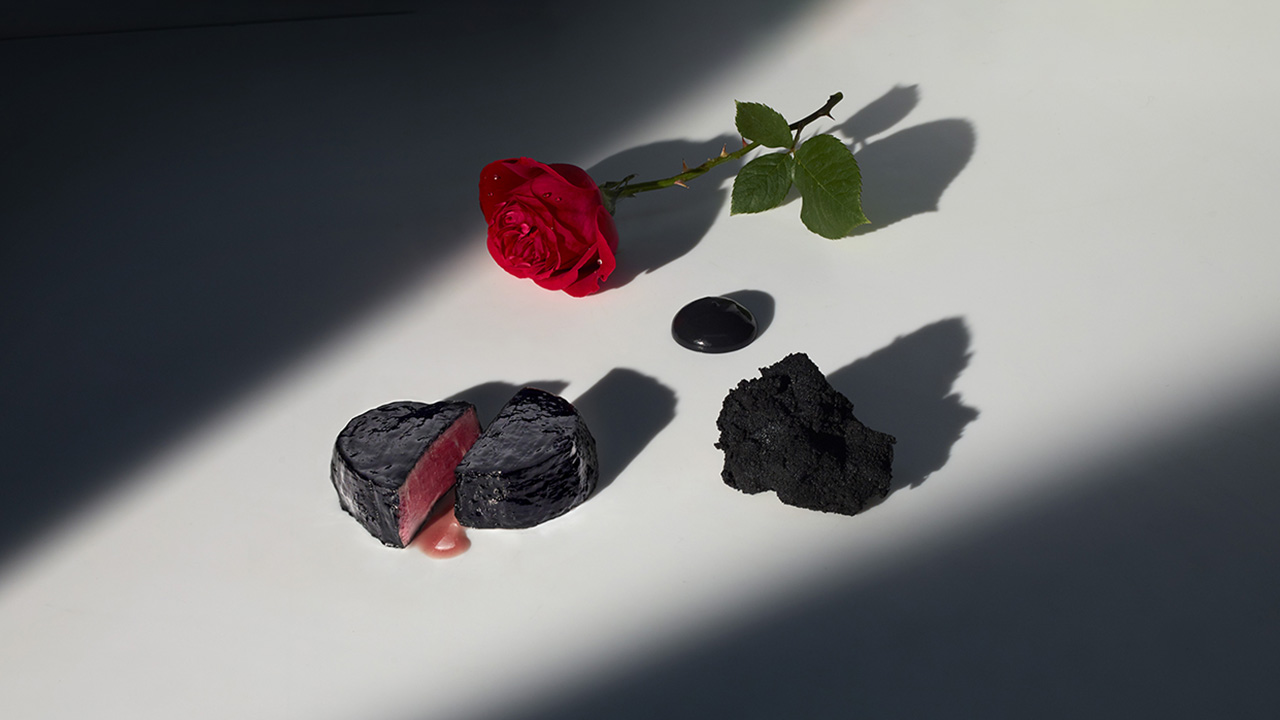 James Wallman: “The food and wine were fantastic. I just want more story as well.”

When I first heard of Park Row, billed as the world’s first fully immersive, DC-inspired restaurant experience, I was curious.

At The WXO we’re intrigued by the word “immersive”. It’s become a buzzword that too many people are using, a catch-all term that’s lost its original meaning and is often used simply as a marketing term to say to people, “Hey, we’re doing something interesting and you should come along”.

(Dig deeper on the industry’s POV on what immersive really means, and how it should be used in Campfire 20: The Immersive Firestarter With Noah Nelson, Stephanie Riggs And Maël Magat.)

But I was also intrigued because it’s the WXO’s duty to support our members. And two of our newest members are Emily Png and Stuart Wee, who were inspired by London-based experience makers such as Secret Cinema and Punchdrunk to create their amazing immersive dining experiences in Singapore.

So I wondered, is this going to be Secret Cinema, with food, with Batman starring? Or is it going to be dining with characters from the DC universe?

I organized to go with WXO Co-Founder Martin Coat, whose background is in creating immersive experiences.

If you’re intending to go, you might want to stop reading right now. We’ll try and keep spoilers to a minimum. We’ll give a brief description of what’s happened and run through our normal format: what we liked, what we thought could do with some improvement, and ideas that we would gladly take and put into experiences that we were consulting on or designing from scratch.

When the confirmation email came through, it said no costumes. So instantly, I realized this wasn’t going to be Secret Cinema wiht food. And it wasn’t – to borrow from No Proscenium’s / Noah Nelson’s definition of immersive – going to be the audience at the same level as the work. Curious.

The entrance is on Brewer Street in Soho. It’s very buzzy and very busy. The ground-floor entrance is instantly different. It’s styled as Bruce Wayne’s library, with a traditional, slightly American feel. As you step inside, the threshold bears the numbers “1939” – the first year that Batman appeared in a DC Comic. It would have been easy to miss. There are lots of little Easter eggs for people who are super fans of DC Comics.

Something for all: Skimmers, Swimmers, Divers

It’s really important, and this is borrowing from Coat, that when you have any kind of immersive experience, you think of your audience in three types. You have the skimmers, the swimmers and the divers.

A restaurant from Wonderland

I think trying the team at Wonderland Restaurants have thought of each of these audiences in their design. They come from a dining background. The founder James Boulmer’s previous work includes Dinner by Heston Blumenthal, the renowned fine dining restaurant that has references to medieval and old school British dining. The menu features dishes that look like one thing but in fact are somethign completely different. “Meat Fruit”, for instance, may look like an orange, but actually it’s a chicken liver and foie gras parfait.

A hidden entrance to the bat cave

Back to the entrance. We went into the library and were greeted separately as we arrived at different times. I was greeted by a very tall smartly dressed man. He checked my name, and clicked a secret button to open up one of the bookshelves – there are no doors. There’s no way through unless somebody shows you the way through. So that makes you feel special. It reminded me of those secret bars and restaurants in Manhattan, such as Please Don’t Tell and La Esquina. So there’s a real sense of that you’re discovering something that’s hidden.

You go in and everything is painted black, then you go down a circular staircase. There’s a sort of architectural light installation that goes down and down and down, so you feel like you’re going down into the Batcave. You get to the bottom and go through the doors into a vast, cavernous, luxury dining space. It has an Art Deco, 1930s/40s feel, but high-end luxury. There’s a bar with a frozen penguin with dry ice coming from it and other hints to the theme. It’s very subtle, a bit like the way you’re supposed to dress. You don’t dress up. This is not cosplay. This is not that kind of immersive experience.

“It’s high-end dining with a couple of hints that we are in the world of DC Comics.”

A man came over to us who had an envelope with my name on it. Inside there was a $1 bill with the Joker on it and some kind of coin. The maitre’d had an umbrella brooch on his lapel, a gentle nod to The Penguin who is often seen carrying an umbrella. This gives an idea of the subtlety. We went through into a sort of ante room off to the side of the main drinking and dining space, where all the diners for that evening’s show at the Monarch Theatre. There was a portrait in a slightly tacky, cartoony style of Bruce Wayne’s mum and dad with him as a little boy, and a spooky clown in a glass cabinet from a fairground, a bit like the one in Big. We were told to come up and put the coin in the clown. Its hand moved around and landed on either light or dark, which determined the drink that you would get. Each of us were then told that our soul was light or dark, and offered a creamy or dark apéritif accordingly. (We were curious to find out if they were the same drink, just served in different colours. They weren’t.)

However, although it was a nice piece of memorable theater associated with the selection of a drink, at the same time there was no sense that this was personalised in any way or had any meaning. It was simply that for some people, it would go left, some people would go right, and then you’d have your light drink or your dark drink.

We were then invited to go through to the dining room. It had white walls and a long white table with 10 chairs along each side. The white walls were actually screens that were used for projection mapping. However the ceiling was quite low and therefore prominent (in our eyes), so it prevented the fully immersive feeling you might get with screens that surround you, like at the llluminarium in Atlanta or Jurassic Ocean in Moscow.

A guessing game for foodies and DC Comic fans

Then came the food. We then had a dozen courses or so. Each course turned into a guessing game. Each was preceded by something that a game to guess which DC Comic character it was associated with. (They ranged from The Riddler to The Penguin, Scarecrow, Harley Quinn, The Joker, Poison Ivy, Mr. Freeze, Catwoman, Bruce Wayne, Wonder Woman, and Superman.)

In this guessing game, our head waiter / sommelier would tell a tale, set us a task and make a loose connection between the DC comic character and the dish we were about to eat.

For example, the first one was The Riddler. But we weren’t told that. Some green graffiti appeared on the walls saying, “What tastes better than it smells?” In front of each of us was the sort of metal toy you might have in an escape room. You had to move the letters around until you spelt out a six-letter word. Since the answer to the question – spoiler alert! Look away now if you don’t want to know! – was ‘tongue’. So you had to spell that out across the metal device. Then, that was it. Another waiter took the device away, and we ate. That’s the sort of simple thing that happened for each course.

So it’s less an immersive story, more a wonderful tasting menu, with a dash of DC Comics and great wines – a Riesling with the fish, port with dessert – with an additional bit of story and theatrics. The food to be clear, was fantastic – considered, interesting, tasty, surprising. The dark martini, for instance, looked exactly like a martini, but turned out to be duck soup.

“It’s less an immersive story, more a wonderful tasting menu, with a dash of DC Comics and great wines”

But while I liked the food, and I was amused by the extra DC Comic story, to me they felt like gags, as if a comedian were telling one-off jokes, rather than an organised story. It’s seemed like a novel way to introduce some really fabulous food. Often they were quite memorable, but also tangential, and were always inconsequential, like asides in a play that doesn’t move the narrative forward.

The standout memorable moment, which illustrates all this, was the serving of the final dish, which was associated with DC Comics’ Superman. The screens displayed the Earth moving down, and so we felt like we were moving into space. Then, fruits of the forest sorbet was served in pods (which I was later told was supposed to represent the pods that Superman came to Earth in). And the pods were on plates levitating about four inches high because, of course, Superman could fly.

“To consumers, does ‘immersive’ simply means instead of us just sitting there having dinner, immersive means no more than ‘the next thing’, that this is ‘dinner plus something’, whatever that thing is.”

So my overall take is the food, the wine, the pairing and the sommelier were fantastic. The overall experience was really enjoyable. But there were some gimmicky moments, here too. I felt some disappointment in the Chekhov’s guns, where the gun didn’t go off. And there was a lack of a deeply immersive story. Wonderland Restaurants have set the stage for something quite magical. The starting point is here. The hardware is here. I think there could be some software to add to it. With the addition of some stories and actors and interactors and a script, they could take this to the next level. To make this go from good to absolutely great, I think they just need to add a bit more story.

Martin Coat: “I felt like I was being immersed into the DC universe from the moment I stepped from the curb of London’s busy Soho and straight into a study at Bruce Wayne’s Manor.”

“Pow! I’ve been successfully onboarded into the world right from the off and not a single person has yet spoken to me. That’s impressive and something a lot of attractions could take note of.”

“This isn’t a ‘Disneyland attraction’ where you can get your photo taken with a waitress who is cosplaying your favourite mainstream DC character.”

“It felt to me that all the theatrical moments and theme shifts throughout the dining experience had been considered, but only half steps had been made to realise them.”

“Taste really does have the power to surprise, shock, mislead and excite whilst also unlocking memories and feelings that are seemingly forgotten or locked away – an immersive designer’s dream!”

If you have created an experience and would like the WXO to review it, get in touch.