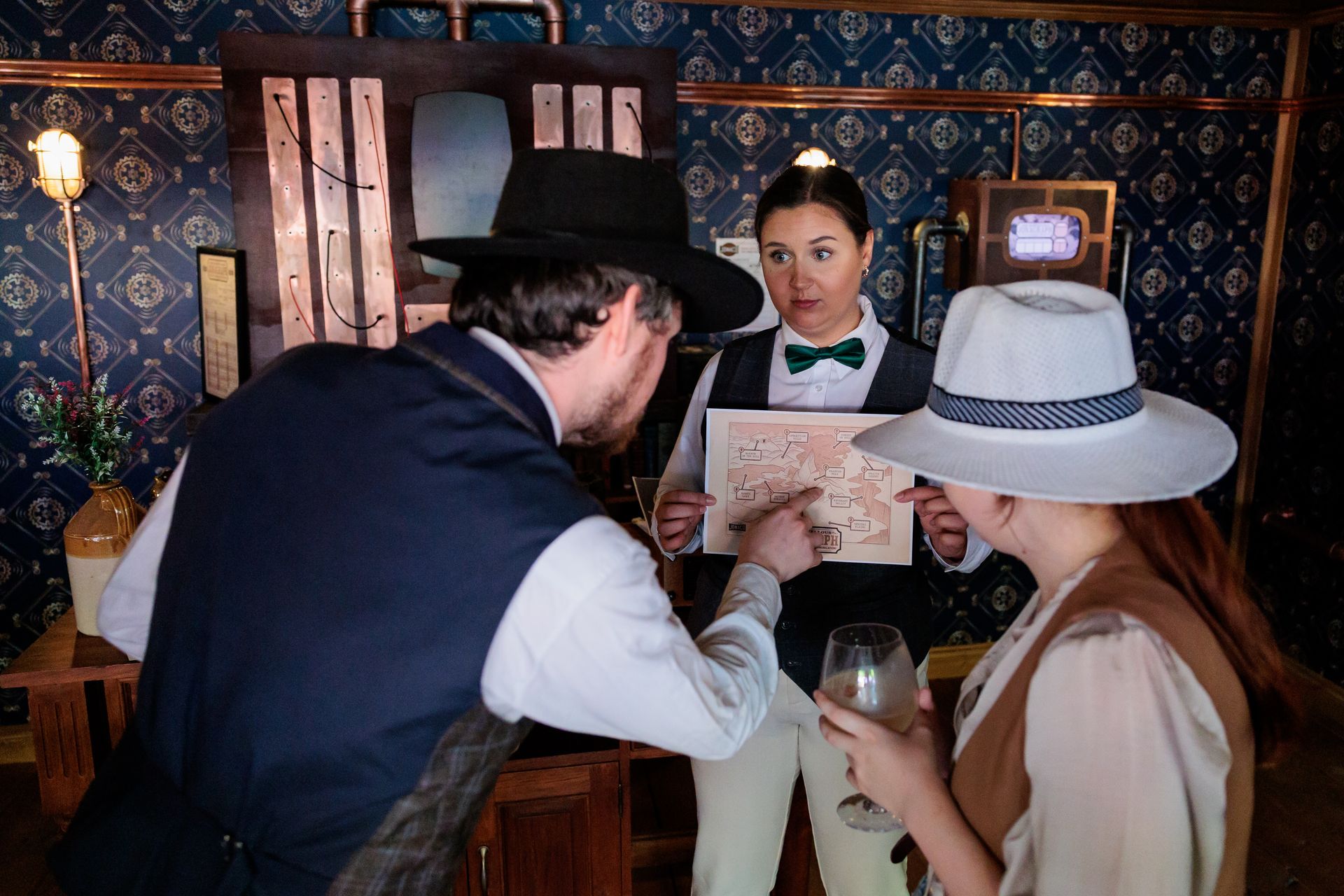 We’re really interested in the idea of the “experience mash-up”: when an experience defies easy categorisation, taking elements of different experience sectors to create something that’s perhaps a new concept altogether, or at least difficult to pin down.

Think Meow Wolf’s immersive art-meets-theatre style experiences that confound expectations, or Wake The Tiger’s combination of “experiential art gallery, interactive theme park and detailed film set” in the “world’s first amazement park”. When these elements come together, are they greater than the sum of their parts – or just an almighty mess?

It’s with this in mind that we approached Phantom Peak: the new “immersive steampunk experience” from Nick Moran, the brains behind the escape-room adventures at Time Run and the at-home entertainment experience Spectre & Vox.

Phantom Peak combines theme park, escape room, dining and immersive theatre elements to create a miniature Western town in a rather unprepossessing part of London’s Surrey Quays, overseen by the jovial JONACO oil company. However, everything is not as it seems, with several mystery trails to complete and an overarching story about the untimely death of the town’s mayor in a blimp crash, the smouldering remains of which can be found in the cavernous depths of the Old Town.

Upon entry, guests are asked to access a town guide through their smartphones, where they can answer questions to be assigned a mystery to solve. There are currently 16 missions to choose from, with plans to expand to over 50, completed by following clues, decoding hidden messages, and most importantly, interacting with the cast of 25 townspeople to uncover vital information.

There’s also fairground-style games, bars and food outlets, shops, and even a boat ride to keep you busy. So does it all come together? The WXO’s Editor, Olivia Squire, went along to launch night to find out.

Tickets to Phantom Peak are available to book now for £34.

Read more WXO Experience Reviews here – and if you’d like us to review your experience, get in touch.