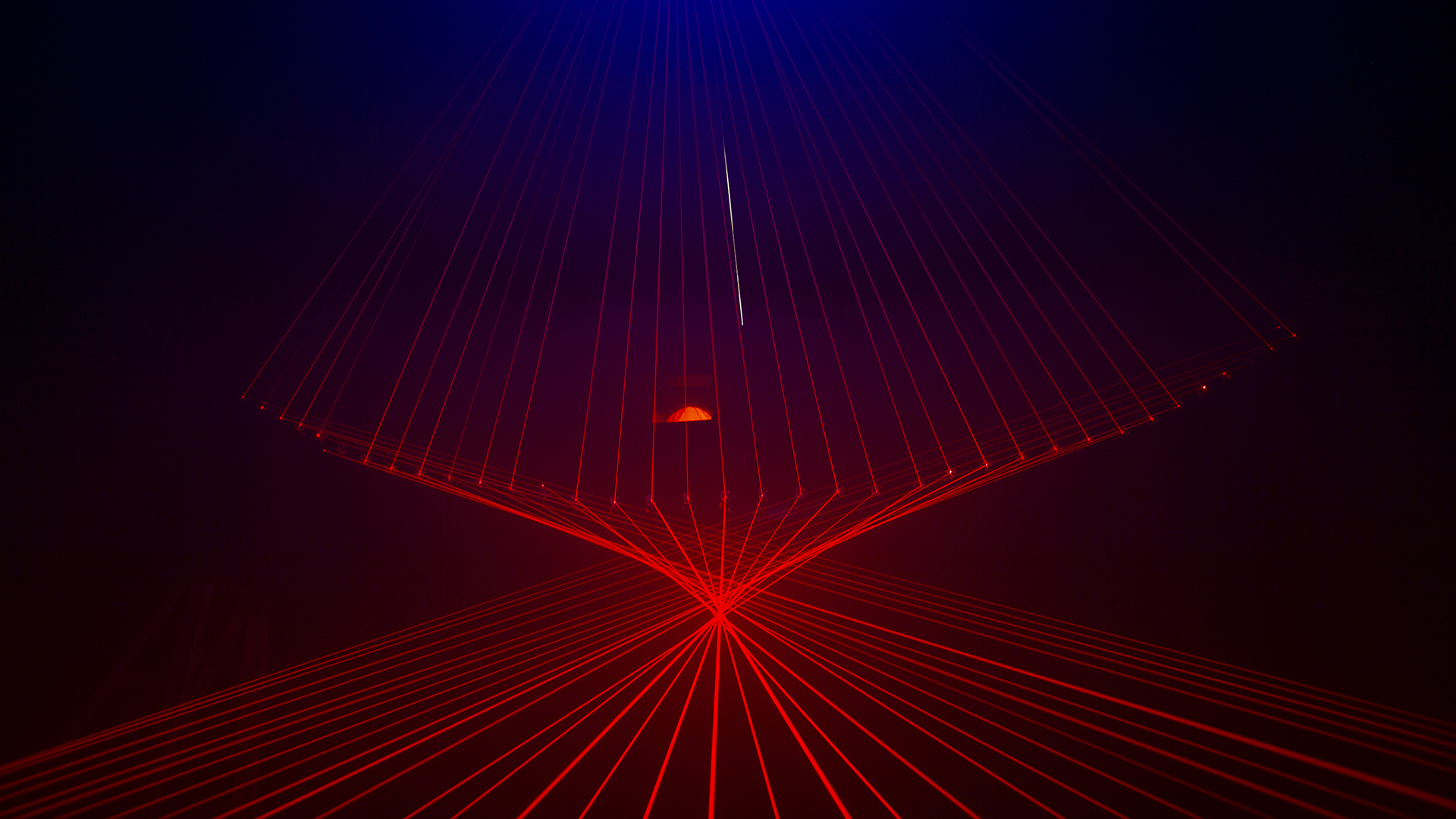 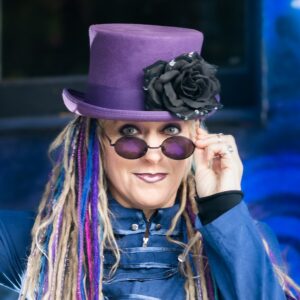 Having already got a first look at Omega Mart, the new Meow Wolf in Las Vegas, the former Head of Technology for Burning Man festival zeroes in on how sound installations including a laser harp and button-pushing, knob-pulling control boards took centre stage (ear?) during her experience – an example of what fellow immersive experience creators Punchdrunk call Total Soundscore.

The new Omega Mart by Meow Wolf in Las Vegas at AREA15 is a multi-layered sensory feast of fun. There are tunnels to crawl through, lots of colorful lights and projections, many buttons to push, numerous slides to ride, and an overarching mystery to solve. This psychedelic art meets consumer satire experiential journey is full of many of my favorite kinds of amusements, ranging from poignant to trippy, interactive, detailed, playful and comedic.

Being the blinky light and button-pushing junkie that I am, I was surprised that the installations I found the most satisfying, and definitely spent the most time engaging with, were those that enabled visitors to play with sound. Granted, the whole venue is a cacophonous buffet. Imagine the best playground or amusement park you ever visited — but indoors and on steroids.

Amid the ruckus of four floors of fun, several sound installations were artfully incorporated into the mix which had me coming back to play again and again. Part of the reason these installations were successful is because they were distributed throughout the venue, and each given their own dedicated location with sound separation via distance, walls, height or doors so the players could hear their own creations, but the beeps and boops of the rest of the venue faded into the background.

I almost missed what became my go-to installation and “happy place” at Omega Mart. It was tucked away on the second floor as part of a series of doors down a hallway that looked like various offices or infrastructure, including one near and dear to my geeky heart, a locked room with a glass window into a huge server closet which was labeled “The Internet.” Behind one of these anonymous doors, in a mostly darkened room, waiting to be discovered and played, was my new favorite thing… a laser harp.

To play this harp, whose ‘strings’ are made of beams of light, you put your hands through a gap in acrylic panels which surround the instrument. Each string had a particular note, sound, beat or effect which was activated once your hand broke the beam of light. As a bonus, each was sensitive to the distance and fluctuations of your hand, so you could change the effects almost like playing strings of a guitar, complete with warbles, wah-wahs, screeches and flutters.

It quickly became mandatory to sample every string and see what sounds were available. Before long, and especially if you happened to be playing it alone or coordinating with a friend, you could actually get a good rhythm going and squeeze out 30 seconds or so of something which might pass for a moment on the dance floor at a late-night electronic music club. At least that’s what I told myself to justify the long periods of time I spent playing… on several trips back to the room… on both of my visits to Meow Wolf during opening week.

I’ve been told since that this is probably accomplished via highly focused lidar detection, with the beams of light just for show. It doesn’t matter to me how it works, all I know is that I want one, ideally programmable with the ability to swap out the sounds and effects.

Another addictive audio experience was also on the second floor, in the far corner of the labyrinth of offices and light tunnels in a small chamber with infinity mirror light effects behind each user station. It felt like entering an airlock between dimensions. The audio portion of this piece was by musician and controller maestro Matt Moldover. The control panels were labelled with titles such as “Temporal Displacement Matrix” and “Circumphonic Spectral Decoder,” but according to a recent Tweet by Moldover, the whole installation is called “The Music Mill.”

Each side had a collection of buttons that were programmed with a sound. The buttons were responsive, so if you wiggled your finger on the button, you could create a wobble effect on the sound. To the left of the buttons were a set of touchable controllers which also added effects or changed tones, etc. Each side has a different grouping of ‘instruments’ and with 3 sides, each of which with 20 buttons and two or three touch panels, let’s just say there were a lot of variations and rhythm rabbit holes to explore.

A third audio installation was tucked up at the very top of the atrium in its very own overlook accessed via a series of catwalks and stairways. No offense to Moldover, and I’m sure it’s not a competition, but the Oscillabond Particulizer by Rich DDT had even more buttons and knobs to play with than his piece downstairs. These buttons let you modulate the tones and frequencies and I’m fairly certain you could also contact alien planets. In addition, there were light-up display screens which would show items based upon the product, human or other panel theme, and then illustrate the audio effect visually. It’s really satisfying to watch a hammer turn into a squealing fractal while dancing around a screen.

Once in a while you might land on something actually danceable, but mostly as each of us pushed every button and twisted every single knob, I was reminded that putting this installation up on its own deck, possibly to keep the audio chaos high above the masses, was probably a very strategic design decision. So many buttons, so many knobs, so little time?

Oh yes, before I forget, for those of you worried about touching things during a pandemic… next to each and every one of these installations, and throughout all the Omega Mart were stands that dispensed copious amounts of hand sanitizer, which I used regularly after each session and was happy to see others doing the same.

It’s unfortunate that it’s several weeks after my visit, and the Meow Wolf website still does not have the credits up for the Las Vegas location. Thank you to Gregory J. Gordon from Pyramind for the inside scoop on two of the sound artists so I could properly credit them here.

To get more insights from experts in the experience economy and members of our Founding Circle like Heather – and to be the first to know about our membership programme, events and more – sign up to the WXO community here.