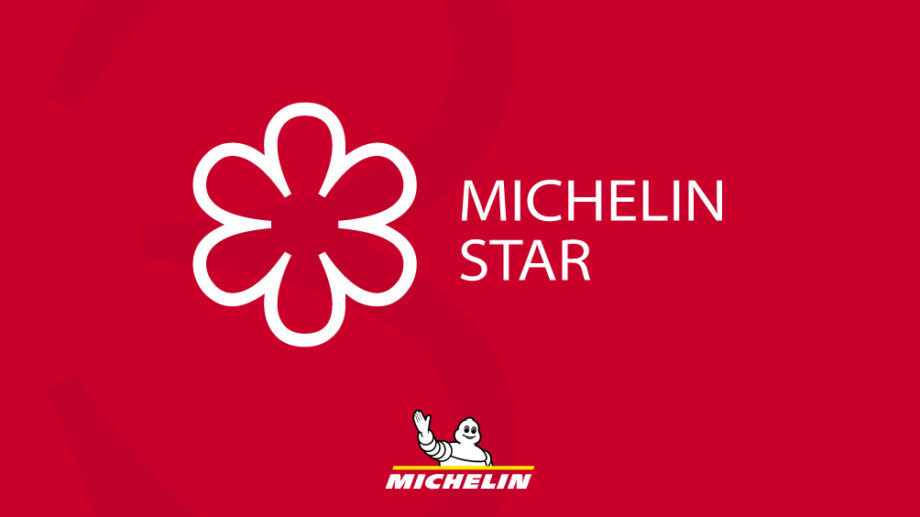 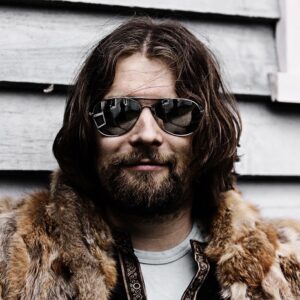 “Ladies and gentlemen. Welcome to this Board of Directors meeting at MegaCorp LLC. As you know, the current crisis has left us in a bad position. Luckily, we still have plenty of space to manuever and resources to make change happen. We are, after all, a huge company! But, truth be told, we need new ideas and new perspectives. It’s adapt or die time, and I for one, intend to adapt! So… who should we bring in to help?”

“Well, we’ve worked with the consultants at Booze Allen Hamilton in the past, and that’s been good. How about we bring them in?”

“Good suggestion, Linda. Noted. Sam, you also had a hand up?”

“There’s a Stanford University Professor I know. She teaches Innovation Strategy. How about I call her in and we set up a workshop?”

“Great. You get on that, Sam. Fatima, how about you? Any ideas?”

“Hmm… ok, now that think of it, there’s a new company consisting of former Wall Street big shots, who now offer advice on Mergers and Acquisitions. They’re expensive, but they sound good. Should I reach out to them?”

“Definitely! We need all the help we can get. Remember the Einstein quote about always doing the same thing and expecting different results? We need to think outside the box here!”

“Peter, you’ve been quiet. Damn it, man, now isn’t the time for silence! We need ideas, and you know a million people. What’s on your mind?”
“With respect, I do have some ideas, but they are a tad unusual…”

“That’s exactly what we need! Spill the beans!”

“Ok, so I’ve got this friend that runs something called The Experience Design Bureau. They’re a bit wild, but have a crazy track record. They helped Coca Cola rethink their customer experience strategy, were the creative minds behind the new Ford multi-family car that everyone is talking about and helped MOMA in New York boost their revenue by 300% by letting guests co-design the exhibitions. How about I give them a call?”

“… Experience Design bureau? What the hell is that?”

“Well, it’s a bit new, but as I understand it, they think of the experience rather than the product. Not sure I get it myself, but they’ve done some really impressive stuff.”

“Who’s behind it? I read something about Universal Studios branching out in new areas. Is it part of that?”

“No, it’s just them. They’re a six-man operation, from what my friend tells me, and then they pull in freelancers when needed. Kind of like a film studio, but they design experiences instead of movies, or something like that.”

“Well, no… I mean… I don’t think so. They’ve worked with Coca Cola and Ford and MOMA, after all…”

“Forget it. We need serious suggestions. You got anything else, Peter?”

“How about Escape Your Own Reality? They started in 2015 with a single escape room in Atlanta and now they’re running almost 400 escape rooms in the Middle East. They helped British Airways find new ways to make money on their brand and I read that their deal with Hyatt brings in more than 600 million dollars a year for the hotel chain. I know someone, who went to school with their founder.”

“Escape rooms? Peter, this isn’t a time for jokes. Anything else?”

“If you don’t like either of those, how about Unlimited Imagination LLC? They took an old theme park in Germany and did a complete makeover on the concept. Apparently, they didn’t build anything, but just changed it from a place with rollercoasters to a zombie horror thing. The number of visitors more than 10x’ed over the course of two years! I met their COO at a conference in Paris in the spring, and I seem to remember that they also did corporate collaborations.”

“Ok, I’ve heard enough. Linda, call the consultants. Sam, you get hold of that Professor! Fatima, I want a meeting with those ex-Wall Street types asap. And Peter, I suggest you go home and take a long hard think about why you’re on this board. We brought you on because we wanted someone different. Not because we wanted a hopeless dreamer. Consider this a warning!”

Does this sound hauntingly familiar?

Perhaps the people at MegaCorp LLC should look somewhere else…

A legitimacy problem in the Experience Economy

It’s been more than twenty years ago since Jim Gilmore and Joe Pine took the corporate world by storm with their writings (and talks) about the Experience Economy. Since then, experience evangelists have spread the gospel from Australia to Alaska — we should no longer think only of commodities, products or services, but instead of experiences.

If you don’t already have it, this book is a must for your collection!

But while the theory is sound and the numbers are clear, even the most successful experience innovators have a hard time getting the word out. In the recently published “The Innovation Cycle”, Pine himself shares this story:

Years ago, I gave a boardroom talk in Milan, Italy, to a dozen or so executives from different companies. One was the VP of a global coffee manufacturer, and made a statement that amazed me:

“There has been no innovation in the coffee industry in fifteen years.”

I respond: “Have you never hard of Starbucks?”

And this isn’t just a small time local experience designer from Greece — this is Joe Pine, one of the godfathers of the Experience Economy. This guy is one of the few people, who actually DOES get listened to.

So it’s clear have a legitimacy problem in the experience design space.

The horrible truth is that there’s a huge disconnect at play here.

As the world becomes more and more complex and change happens faster and faster, it’s increasingly necessary for companies both big and small to be constantly re-imagining themselves. But when the giants look for “the next big thing”, they have a tendency to overlook experience design.

And why? Is it because there aren’t examples of how to use experience design to create amazing things? No, certainly not. While the cases above were fictional, there are plenty of impressive real world numbers out there.

About five years ago, the Danish interactive theatre designer Peter Holst-Beck partnered up with Kronborg Castle in Denmark (the castle of Hamlet) and started doing interactive productions of Hamlet there. Though the price for admittance rose by nearly 50%, visitor numbers soared, and within a three year period, Kronborg saw an increase in guests from ~100.000 to ~350.000. That’s insane. And on the money side, the numbers are even better. Kronborg, which is part of the National Museum of Denmark, is now cash flow positive and helps fund the other museums — and the Museum Director, Rane Willerslev, has called it “the Museum’s golden egg”.

And don’t even get me started on Meow Wolf…

But even so, it’s hard for people like Peter Holst-Beck to get in front of boardrooms and executives. Of course! Who’d ever think of bringing in an experience designer, when you can hire McKinsey?

[Full disclosure: I work as a coach at McKinsey, so I’m happy whenever anyone brings them in!]

Now, personally, I’m quite happy about that, since I sometimes get pulled in because of my Experience Design skills, but just because I’m lucky to have landed in the middle of consulting royalty doesn’t mean that everything is as it should be. Like Pine and Peter Holst-Beck, I’m one of the exceptions.

But I shouldn’t be.

And that’s an ugly truth we have to face (and change): Experience Design has a legitimacy problem.

We don’t have enough prestigious names in our corner.

Harvard Business School. Stanford. State Departments. Oxford. Maersk. Morgan Stanley. CBS News. Ford. British Airways. These are just a few names on the list, and it goes on and on and on. There are many ways to gain respect in the corporate world, and these are just a couple of names that are nice to have on your resume.

There are also awards and conferences and magazines and courses and certifications and and and. The different paths to respect and success in the world of big corporate (and big government) are many and varied.

And the world of experience design?

Well, on one hand we have giants like Disney and Universal Studios. It’s also easy to argue that Facebook contains its fair share of experience designers and that McDonalds is in the experience design business.

We do have Disney in our corner. And that is definitely something!

But outsiders don’t see it that way — and neither do the giants themselves, necessarily. Yes, Disney has its Disney Institute that helps organisations with “learning a bit about the Disney magic”, but it’s not like Kodak brought on ex-Disney thinkers when their photography empire started crumbling.

And that’s the big names. Try knocking on the door of a 1,000 person company that’s looking for fresh ideas and saying “Hi there — I’m a highly trained and award winning experience designer. Maybe I can help solve your problems!”. Try it. You might succeed, but I can guarantee you that it’s easier to get into that room if you flash your ex-Deloitte past at them.

Because we’re hard to understand, we need strong institutions to back us, and as of right now, we simply don’t have those institutions.

Luckily, this is something we can change. It’s not going to be easy and it’s going to be a long hard struggle, but we CAN actually make it better.

3 Paths To Solve These Problems

What does this mean on a practical, hands-on level?

It means creating and supporting organisations not because of what they can do now, but for what they may become in the future. The first Oscars back in 1929 didn’t matter much to the world, but now, they are hugely important on a global level. Let’s start things like the WXO on that path.

It means getting over ourselves and realising that we are stronger together, even when our allies look different than we’d like. Partnering with a utility company might not feel as sexy as partnering with Disney, but if you want to change the world, you need to look for impact rather than glamour.

It means swallowing our pride and saying yes instead of no, when prestigious institutions do something similar to what we do. Explaining Star Wars as “a bit like Star Trek” may be blasphemous to some, but it makes it easier to connect with someone who is very new to space adventures.

Zig Ziglar was right
Finally, I know that it’s a bit crass talking about this like it’s only a matter of selling, because it’s so much more than that — but there is something to be said about this quote from the American sales legend Zig Ziglar:

Every sale has five basic obstacles:
no need, no money, no hurry, no desire, no trust.

The rest of the world will gladly take care of the first four.

But if we don’t work on improving the fifth one, who will?

About The Author: Claus Raasted

Comment hidden. Show this comment
[…] A piece on why the WXO is useful for the industry: Why Legitimacy And Trust Are Huge Problems For The Experience Industry – And How We Can Fix Them […]
November 15, 2020 at 5:04pm
Yes No