Campfire 10: How To Create Experiences Using Place, Action And Emotion 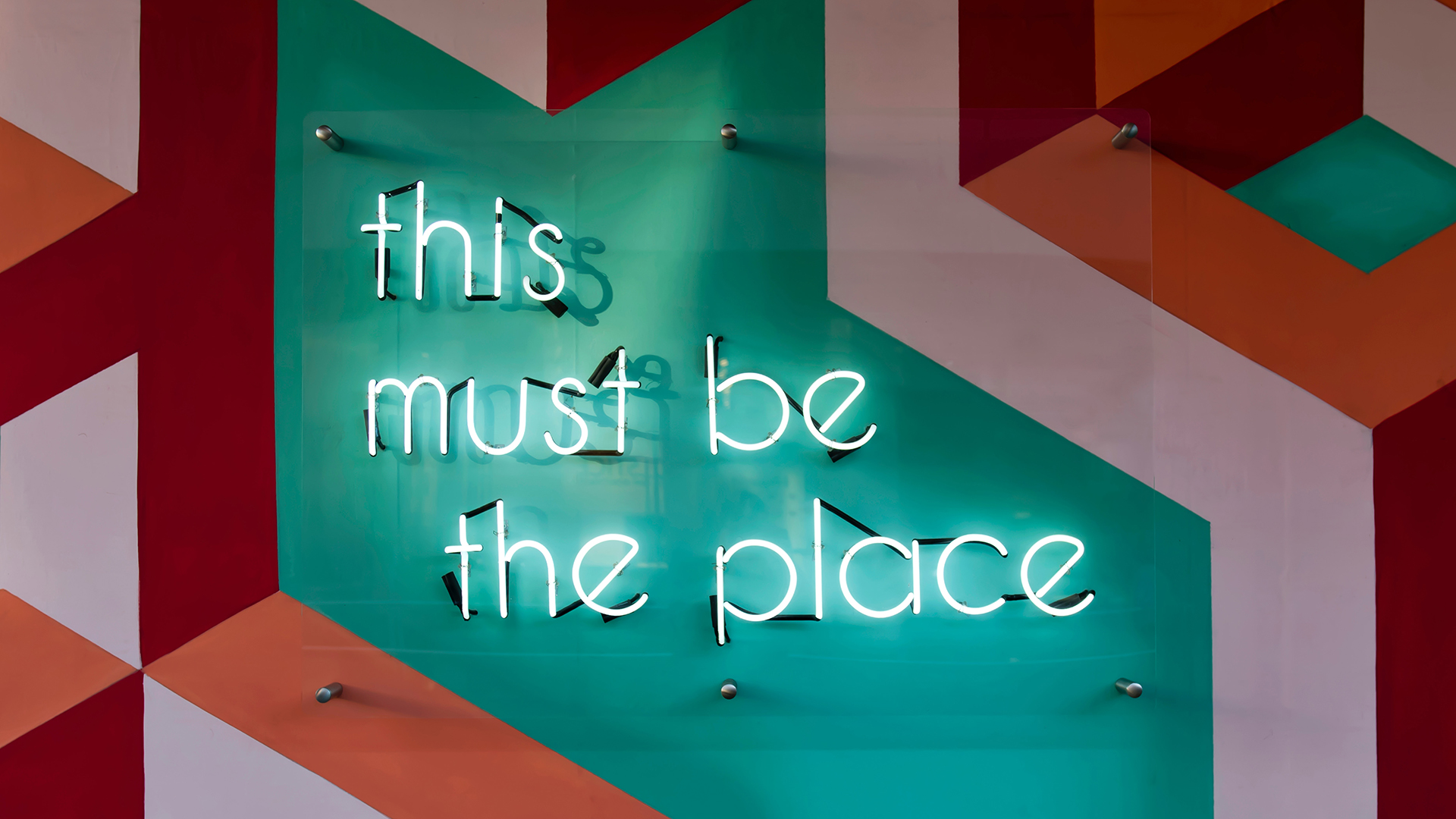 Why is The WXO like a pair of Nike sneakers?

Those of you who have been tuning in to our Experimental Campfires so far will already know that our aim is to encourage discussion – or assertive inquiry – and to discover new tools to help participants create better experiences, whatever sector of the Experience Economy they’re in.

You might also remember us talking about Nike’s Vaporfly sneakers, which according to research published in The New York Times, make you run 4-5% faster than those wearing average running shoes.

Just like the Vaporflies, The WXO isn’t necessarily about radical innovation, but incremental innovation. If we can provide the tools and insights to create experiences that are a small percentage better than the existing ones, we’re doing something positive that will improve the lives of those who consume them.

With this in mind, for Experimental Campfire 10 we invited Kevin Dulle – a certified Experience Economy expert, as well as the man behind each week’s brilliant Campfire visualisations – to not only take the stage, but also tell us how to set it when creating experiences.

Kevin has worked in retail banking for the past 27 years – an environment not necessarily the most receptive to the value of experiences – so he’s developed a framework for helping the finance world and other Experience Economy novices to understand and create their own experiences.

The ERY Method made an appearance in Campfire 5 and is broken down in more detail here – but this time, we wanted our participants to actually apply it to some services and see how it could elevate them into the giddy heights of experiences.

“This is about the games experience designers play. I don’t mean tricks that you play on your clients or your team, but the activities you use to shift goods into experiences and create more experiential consumers.”

Kevin kicked off our Campfire by explaining the issues he has with the traditional creative thinking process. Our go-to solution to the blank canvas is often brainstorming – but Kevin has a big problem with brainstorming…

“When the energy in the room gets excited, ideas start going everywhere. It’s like a popcorn popper with the lid off. So how do you put the lid back on and focus people’s energy so that all that creative energy and all those ideas stay on topic?”

The answer? Brainsteering, as coined by the Coyne brothers in their book of the same name.

“Their idea is to set the funnel, set the guiding rails, and let all the energy loose inside. To do this I use creativity tools to help guide the conversation.”

Kevin uses two of these tools in his workshops:

In asking people to describe their last memorable experience, Kevin discovered that most people will start with place first: we were at grandma’s wedding, Disney World, the Grand Canyon, and so on. The second thing is the action: we ate a cake, rode a rollercoaster, flew in a helicopter. When they combine the two, you see the emotions they experienced at the time resurface in their expressions.

From this, Kevin developed three guiding factors for the ERY Method:

Getting our hands ERY

With these three guiding principles established, Kevin asked our Campfire participants to apply them to some real situations or services. There were only four rules:

Kevin gave out a worksheet with a list of emotional outcomes – inspired, assured, creative, and so on. He asked that in groups, participants pick one of the listed emotions as the outcome their customer is going to leave with.

They were also assigned a service – pet store, pub, tailor, etc – and asked to dig down into its associated action before applying the ERY Method.

“If you bake bread, “bake” is of course the verb and “bread” is the goods. So bakers bake bread. The ERY Method takes the verb and expands on it. Look for unusual alternatives – for instance, I like using the word “knead”. Now if you add “-er”, you get the performer – a “kneader” – and if you add “-ery” you get the stage, the “kneadery”. This kneadery suddenly becomes a new place, and you start generating some cool ideas about what it can be.”

The ERY established, Kevin gave our groups 20 minutes to take their assigned service, turn it into a new “-ery” place, and complete the statement “kneaders knead dough at the kneadery” with their new versions, alongside the emotion they were shooting for.

Runners run customers at the runnery

Given the shoe store as their service, Kevin and WXO Founder James Wallman came up with the concept of the “runnery” and the emotional outcome of “proud”.

“Our staff, or “runners”, would custom fit shoes to the customers’ style and also help them understand what it is to be a better runner. The environment would look like a track with stadium bleacher seating. There would be headphones playing a piece about how the runners became better runners, and you’d be able to see a ranking score for the staff about how well they perform. You might have to sit and wait for your desired “runner” to help you, but you’d also be learning about running during that time as there’s so much information around you.”

Stewards steward books at the stewardery

Andrew Lacanienta’s group decided to transform the humble book store into a “stewardery”, with an emotional outcome of “fascination”.

“Book stores steward people towards books, so we wanted our stewardery to be less like a massive library of books that people wander around in, and more like a curated experience where the stewards of the bookstore spend a lot of time reading and leaving books open to certain places that are going to facilitate fascination. So you’re going to the stewardery to experience the books rather than just purchase them. We also thought about having some live enactments happening – characters from these books wandering around the stewardery, for example.”

Dallas Burgess, Stefan Weil and Paul Zak put an innovative spin on the tyre shop by turning it into an “acceleratery” that provokes “excitement”.

“Imagine the monkeys from the Wizard of Oz and the way they have wheels on their hands and feet. What if we did the same for humans? You could be on a little track system, just like a human rollercoaster, where you can do all these crazy loops. You can have races, you can have a drone that controls everything, you can have a heads-up display. And it’s a great core workout!”

Retailers retail clothes for creatives at the retailery

Dennis Moseley-Williams and Debbie Flynn sparked a lot of conversation with their idea for switching a recycler to a “retailery”, based on the emotion “brave”.

“It’s a place where you can bring your unwanted clothing and create a custom design with in-store designers. They alter it so it fits you perfectly, and you can also individualize yourself. You can pay for this service with currency, but also with clothing. And you can also pay for time in the retailery to design clothing that you can then leave behind to be sold to others, helping you transform into the clothing designer you want to be.”

Kevin was interested to know how this linked to the emotional outcome of “brave”.

“Brave is the outcome because you might have an outfit or pair of shoes that you’ve had for three years that was expensive, but you haven’t worn it. You know you really shouldn’t have it in your wardrobe and you should recycle it. So this is a fun recycling experience where you can walk in with your outfit and feel brave because you might come out looking very different. You’re also brave because you’re doing something that you know you should, and then the people who get involved in the design and do something that’s out of their comfort zone also feel brave.”

Debbie and Dennis’ idea got the group thinking about how something like this could help rescue High Streets, Main Streets and distressed retail spaces everywhere, something we’d discussed back in Campfire 2.

“With the talent at The WXO, could you go to a retailer in London and ask them to give you the space and a million dollars in exchange for creating a new, better experience that will turn their returns around?”

James also pointed out how allowing people to personalize and create their own designs also supports growing trends among Gen Z consumers and society at large.

“If you set up sewing machines and charged people for the time they spend on them creating and then selling their own designs, there’s a lot of trends that would point towards that being a positive thing.”

“This is a great way to explain experiences to the non-designer, or people who have misconceptions about experiences. By actually designing the stage, they’re going through the process and all the elements of the Experience Economy, but they’re not getting stuck in their definition of an experience”

As Kevin says, the ERY Method gives us an accessible way to introduce experiences into the everyday to those who might be sceptical or confused about their value.

In particular, we learned:

We’d love to hear about the tools you use to design experiences for a spectrum of people and outcomes. And if you use any of these in your work, we’d love to hear how the results turn out. Click here to let us know.

Interested in taking part in discussions about experiences and the Experience Economy? Register your interest in becoming a member here to be the first to know about upcoming WXO events, both digital and IRL.

Comment hidden. Show this comment
[…] shifting services into the more meaningful realm of experiences. And to see his method in action, check out Experimental Campfire 10, where our Founding Circle put it to the […]
June 10, 2021 at 2:56pm
Yes No