Campfire 13: Four Ways To Keep ’em Coming Back For More 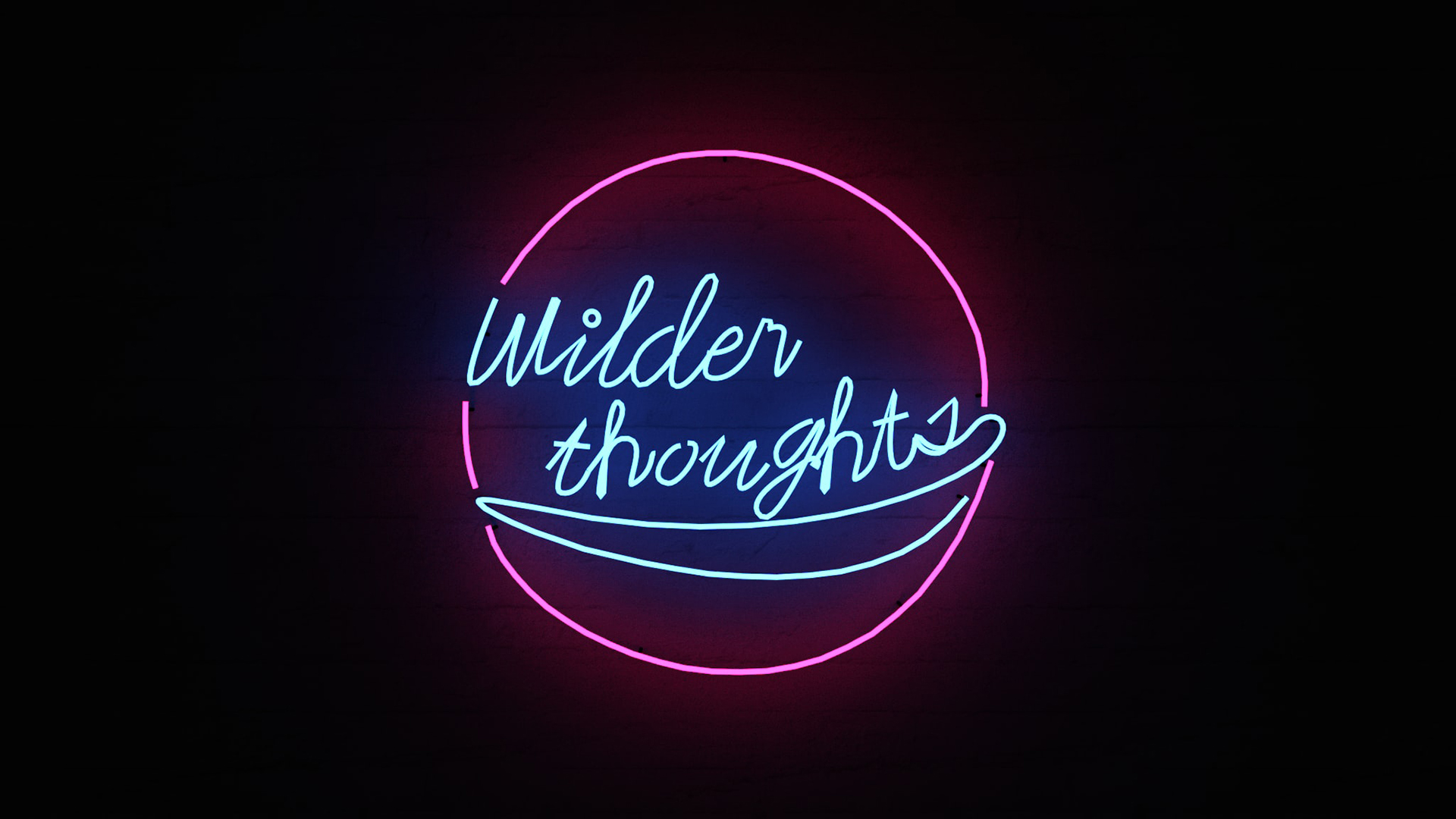 Does it cost more to keep an existing customer or acquire a new one?

“It’s equal,” says Michael Scott, the comedy boss in US sitcom The Office.

As you know already, he’s wrong.

It costs between five and 25 times as much to acquire a new customer as to retain an existing one, according to a Harvard Business Review article The Value of Keeping the Right Customers. And increasing customer retention rates by 5% increases profits by 25% to 95%, according to research by Frederick Reichheld of Bain & Company.

And, so we clearly need to invest as much time thinking about how to entice people back to our experiences as we do in attracting them in the first place.

So for Campfire 13, we wanted to tackle one of the biggest yet hidden questions facing experience designers: once someone has enjoyed our amazing experience, how do we keep them coming back for more – and not just once, but even two, three or four times?

Our malls, main streets and cities are all struggling to lure customers back after the great migration to online that started even before the pandemic. And while brilliant experiences might be the answer – see Campfire 2 for more on this – if they’re going to save the future of these businesses, they can’t all be one-offs.

In Campfire 11, Experience Economy expert Joe Pine introduced us to the “five Es” of experiences: enticing, entering, engaging, exiting and extending. So for this edition, we decided to see if we could turn this process from a line into a loop. So how can we transform one-time customers into life-long advocates…?

Dallas Burgess pointed to his hometown of Savannah, Georgia as an example of keeping things fresh and non-formulaic to encourage people to return for more. He describes the city as a “living experiential place” where history is continually brought to life:

“I once found some colonial troops going through their drills alone in the park – we just walked right up to them and were immediately enraptured. We wanted to bring other people we knew back, but each time we did we discovered that the experience was different and we’d learn something new. We might be asked to take place in a demonstration and before you know it, you have a community of strangers working together firing against the Spanish. What better way to retain information than experiencing it directly and being entertained?”

Inspired by this mise-en-scène approach, Burgess is designing his own immersive experiential tour program to promote a film about the Prohibition era. His intention is that the experience that participants have will feel facilitated, rather than overly produced.

Bob Rossman picked up on this idea of allowing for serendipity.

“Serendipity is a really valued thing – but the problem is that planning for it is a difficult thing to do.”

Instead, we can aim to give people something a bit different every time, and if possible not let them complete the experience on their first encounter:

“Very few people want to repeat the same thing over and over. So there’s got to be something different to give them an incentive to come back. For example, you return to the same ski run again and again as it’s so big you can’t have explored it all. Or the snow’s a little different. Or they’ve changed a few things around. It’s the same with golf courses.”

Perhaps we should think of it like a menu. You might keep some classic components, but to keep diners coming back you need to evolve and tweak what you have to offer to entice and engage. This engagement can take many different forms:

Immersive theatre director Peter Holst-Beck also talked about the importance of keeping people curious, bringing in their humanity, and allowing them to co-create their own story:

“As long as you keep people intrigued and curious, they will come back to your experience.”

Bob also introduced the “four constraints on leisure”, based on research into why people don’t pursue the leisure activities they enjoy:

When designing experiences, we need to think of how we can overcome these. (Aside: the story of a small chain of restaurants in London called Bao turns the customer into a ‘salaryman’ who eats alone, removing constraint number four by turning solitariness into a norm.)

Nasya Kamrat agreed that you have to create experiences that can be accessed without being challenged – to become a “Netflix of experiences”:

“We came up with the idea of ‘binge experiences’. How can we become a Netflix of experiences? It has to be frictionless; you can’t make someone work for it. It’s about curation – even if it’s a fiction, it has to feel like it’s been made for me. That’s how you get that kind of loyalty.”

She gave the example of a recent project with a cruise line, where she introduced TED-like live performances and talks to cruises on stories such as the genocide of the Alaskan natives, or the history of the Caribbean as told through a bottle of rum. These are exclusive to the ships.

“We found that these lead to repeat clients who go back on board to get these experiences.”

3. Focus On Identity Rather Than Experience

Tom Frisby wondered if making an experience part of someone’s identity was a key part of keeping them coming back to it – and maybe transforming their everyday lives. He used the example of buying a Harley Davidson – how by personalising it, you form an attachment and start your own stories around it:

“You start customising your bike before it’s even out of the shop, so when you go to pick it up, it’s already yours. The whole experience is time well spent – you get an emotional attachment to it before you’ve even paid for it. And every time you invest in it after that, be it further personalisations or more adventures on it, it’s a lifestyle.”

(Sidenote: this sparked some activity in the chat about what kind of bikes people ride – there are some Kawasaki and VanMoof owners in the mix – proving Frisby’s point that a bike is also a lifestyle!)

4. In AR, The First Thing To Augment Is The Person

AR specialist Robert Morgan built on this idea of the importance of identity. Since the AR designer usually has very limited control over the physical space the player is actually in when they play the game – but lots of influence in the story – Morgan uses identity to create AR experiences:

“In augmented reality, you can’t tell the player that they’re standing in a dragon’s cave, because you don’t have that much control over the fictional universe around them. But what you can do is tell them that they are secretly a dragon in disguise – because that alters their relationship to the world around them and gets them telling a story to themselves. You can get the player to do a lot of the work for you by activating an identity that gets them telling themselves that story. And then as they see something new, the world just naturally changes around them, and they’re already in your experience.”

He brought this back to what Harley Davidson do:

“They say Harley Davidson makes more money selling jackets than it does selling bikes, and that’s because what they’re partly doing is selling an identity. And that’s one way to get a story to be happening to a player all the time, so it’s always a dimension of their life. Because even when you’re not on the Harley Davidson, you’re still a Harley Davidson owner, and you’re walking around with that patch on your back. And that changes the way that you walk around and relate to spaces. That’s a form of storytelling. And that’s a form of having augmented somebody’s reality.”

If you can facilitate a great experience, rather than making it feel over-produced, and hand over some control to your participant, they’ll feel a greater sense of agency and be compelled to come back for more to continue their progression.

And if you can meet them with fresh, different and engaging material that teaches them something new each time, you might even become part of their identity or lifestyle. And that is where the magic happens…

We’d love to hear about the tools you use to design experiences that people want to return to again and again. And if you use any of these in your work, we’d love to hear how the results turn out. Click here to let us know.

Interested in taking part in discussions about experiences and the Experience Economy? Come join the WXO.

Comment hidden. Show this comment
[…] to play. This is powerful because it requires reflection and acceptance. (As Rob Morgan said in Campfire 13, don’t tell someone they’re in a dragon’s cave, tell them they’re a dragon in […]
September 10, 2021 at 5:07pm
Yes No