Campfire 40: Experiential Cupid Does The Best Valentine’s Day Ever 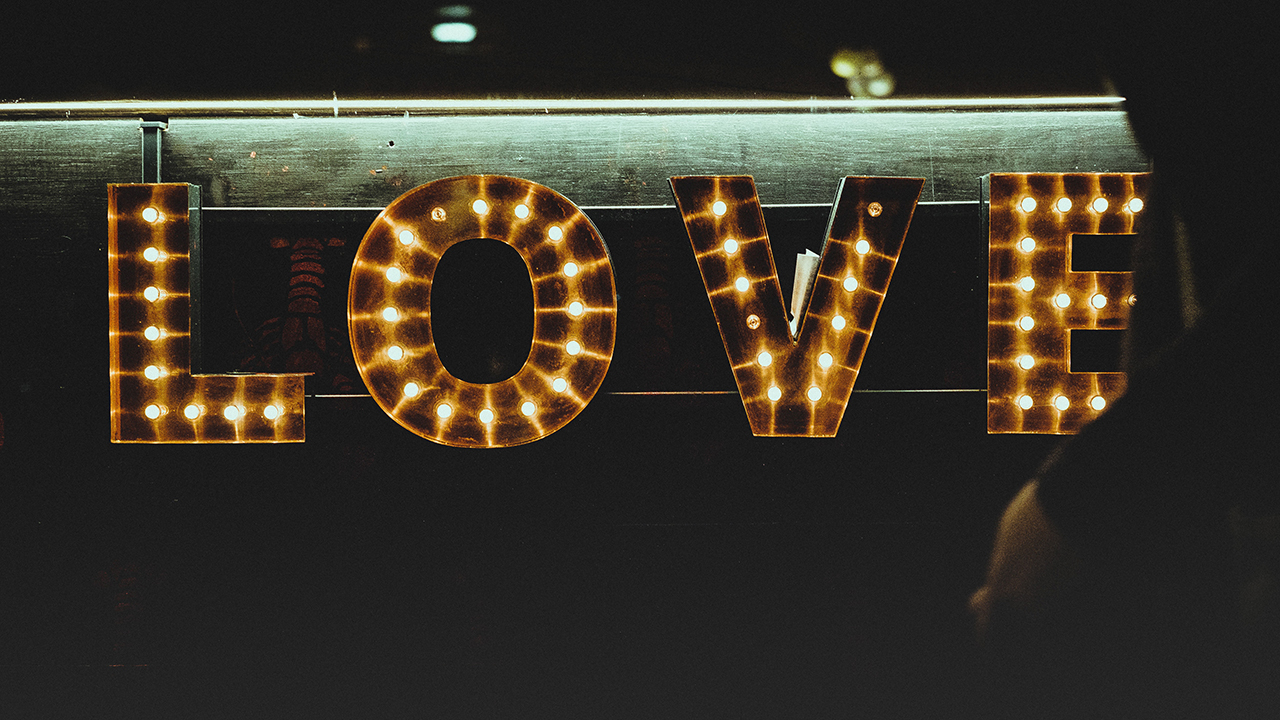 Ah, Valentine’s Day… whether you think it’s as lovely as a bunch of freshly bloomed roses or as uninspiring as a cardboard heart in the rain, it’s an annual tradition as beloved of marketers and brands as it is starry-eyed suitors.

However, we think there’s an opportunity to make V-Day more victorious than vapid. A chance to end petrol-station flowers and last-minute cards, and replace them with moments of genuine magic and connection. And who better to task with giving Cupid a hand than the WXO Campfire?

So for Campfire 40, we asked experience experts from around the world to (re)invent the best Valentine’s Day date ever, taking their tried-and-trusted design frameworks and tricks to flip tired Valentine’s traditions into something truly lust worthy.

To keep things interesting, we split them into teams to cater for different experience consumers:

Team First Valentine’s Date: you’re in the honeymoon period. You still find their annoying habits endearing, and you haven’t met their mother yet. It’s your first V-Day together, and you want to dazzle them with your creativity, adorableness and pizzazz.

Team Please-Say-Love-Isn’t-Dead Valentine’s Date: you’ve long passed the seven-year itch. You’ve seen behind the veil and know everything there is to know about each other, for better or worse. You’ve booked the babysitter/dogsitter/time in your diary, and it’s time for Date Night².

Team Anti-Valentine’s Date: maybe you’re proudly single. Maybe you’re more about Galentine’s than Valentine’s. Maybe you just want to find somewhere to go for goddamn dinner without being throttled by a heart-shaped balloon…

Inspired in part by Bill Doherty’s book The Intentional Family, in which he talks about the importance of “couples rituals” to give us a sense of safety and belonging, our first team tackled Valentine’s Day for the long-term relationship by initiating a new ritual.

Each partner would ask the other “what would you like me to do for you? The answer shouldn’t be something mundane, like taking out the garbage, but something playful and that you wouldn’t normally ask for, like buying a piece of art – or maybe something that flips convention on its head, like buying a male partner the equivalent of fancy lingerie.

These dares wouldn’t only be for one evening, but also for things to do in the future – a bucket list to carry forward. These could be written in a notebook and reviewed the following year, providing a link to how you’ve grown as well as inspiration for future dares.

Also examining long-term love, instead of giving each other gifts, our second team wanted to challenge couples to build something from nothing using a simple, powerful framework.

Step 1: Each come up with three things that you want to do together in the next year, three questions you want to ask each other, and one ingredient to make a meal with.

Step 2: Cook a meal together using both of your ingredients, then eat it while asking each other your three questions.

Step 3: Create some art where you both have to work together to make something great.

Step 4: For a “kiss goodnight”, exchange love letters containing the activities you want to do together in the next year.

Knies pointed out that as well as being Valentine’s-appropriate, the “kiss goodnight” is an experience term he uses when designing, describing something that leaves your audience wanting more. Because Valentine’s Day is at the beginning of the year, it also means it’s the ideal moment for couples to create goals to review in the future.

In addition to slotting into the anticipation, participation, reflection framework, this idea also mirrors Knies’ earlier point about the importance of theming and building a story into an experience, rather than having a string of random events. Graham also noted the importance of “putting the experience of Valentine’s Day into the context of a journey, so that when a couple looks back they can see a series of experiences reflective of that time”.

Our third team had another twist on giving an established couple a new way to see their relationship, centering on the idea of physical tokens – or “memory anchors”, as Bob Rossman memorably called them back in our first ever Campfire.

Each person thinks of significant or enjoyable points in their relationship and creates physical tokens to represent them – a wooden animal to symbolise a trip to a wildlife retreat, for example. They can then hide these to be discovered in a treasure hunt that tells the story of their relationship, as well as being an engaging experience. (This reminds us of the treasure hunt Amy Dunne sets in the novel Gone Girl, albeit with less murderous intent!)

Tiseo also wondered if you could not only create tokens that honour the past, but also finish on a token that represents their hopes for the next year, providing something to look back on in years to come.

Our next team opted to look at the first Valentine’s date, coming up with a 5-in-1 dating experience that could arguably work equally well for long-term couples as well as budding relationships.

Rather than focusing on one date, they wanted to plan five mini dates over the course of an evening that put people in different situations ranging in intimacy, ranging from an icebreaker to a more intimate setting.

Date 1: A physical, nostalgic game in an outdoor setting, such as Capture the Flag.

Date 2: A music video watching party where each person gets to show their top two music videos, revealing something about themselves in the process.

Date 4: A grocery store challenge where you have three minutes to buy ingredients and then cook something together.

Date 5: A more traditional intimate dinner where you eat the meal you’ve cooked, complete with question prompts to spark conversation.

This smorgasbord of dates could also be personalised depending on the qualities that the people participating in them find most important in their partner – for example, you could swap music videos for books or art. You could also vary the activities depending on the location or season.

One of the biggest problems with Valentine’s Day is the weight of expectation and the accompanying dread that comes with it. So our fifth team aimed to take the sting out of Valentine’s tail (or the arrow out of Cupid’s bow) by fixing some of these flaws.

Step one: remove some of the pressure by getting rid of the set date of 14 February altogether. Rather than fighting for restaurant reservations or the last wilting bunch of flowers in the store, a couple should block out a chunk of time that suits them.

The second part would be to hand over the experience to a “dating concierge”, who could design a series of experiences for you to reconnect over, based on the central stories and memories from your relationship. This could be collecting items from local stores that culminates in a picnic for a foodie couple, or a sports day of curated activities for a more outdoorsy couple. The aim is to relieve all the stress and pressure of organising the date by handing it over to someone else, but retaining a personalised element.

According to Dulle, one of the worst things about Valentine’s Day is that the expected emotional outcome of lust is way too high, whether you’re in a long-term relationship, a new couple or single.

Inspired by this insight, our sixth group put together an alternative Valentine’s Day for singles that lowered the expectations – and in the process made the possibility for genuine connection, romantic or otherwise, more likely.

Their idea was for a sort of gamified speed dating, minus the dating. Instead, single people would be invited to a location where they’re split into groups and set different challenges and experiences. Every time you finish an experience, you receive a talisman to signify you’ve made it, the groups are mixed up, and you keep rotating through.

At the end of the day, you’d need a signature moment – like fireworks for the 4th of July – so all the groups would congregate for a big, physical moment of letting go, like throwing paint at each other as in Holi Festival, or getting in the mud during Tough Mudder. This would also break down the idea that Valentine’s Day is about beauty, replacing it with the embrace of imperfection.

There was general agreement from this team that Valentine’s Day is an over-confected mush. (Yes, that’s a scientific term.) And it’s one that has all sorts of negatives.

They began with the ‘holy trinity’ of experience design: Anticipation, Participation, Reflection.

Consider the Anticipation for a teenager praying that you get more cards than your friends / any card at all / a card that isn’t from your Mum. Or for a single person: all that fuss over people in relationships and romantic love can make them feel, well, not lonely, but that everyone else thinks this is the best way to be.

The Participation: the meal that has to live up to (media-frenzied) expectations. There’s so much pressure to look good, to be right, to say the right things, to perform. But where’s the fun in that? Consider psychological safety: people perform their best when it’s OK to get things wrong. But there’s no room for that in the pressured environment of a Valentine’s date.

And Reflection? Is there even a reflection part?

So Team Tim, Cynthia and James decided to create a new ritual. Inspired by Wait But Why’s genius illustration of the life paths…

By Tim Urban, creator of Wait But Why. From Tim’s tweet.

Urban’s illustration brilliantly shows the possible paths we might have had, with a focus on the One we chose. It places us at today, and suggests the multitude of possible paths you might follow in the future.

So this new Valentine’s ritual is a celebration: a reflection Your Life Today. If you are in a romantic relationship, this could be the paths that led you to meet each other and the paths you’ve chosen since then. Think of all the ‘sliding door’ moments. If you hadn’t taken that taxi… If she hadn’t gone out that night… If they had decided to make that other choice…

A final note: The team were inspired by something that Peter Holst-Beck and Niels Frederik Lund outlined in Campfire 38, about how taking on a new role frees people to play, and also by the useful concept of self-distancing. And so they thought this Sliding Doors reflection game would be more fun, and more effective, if you name the person who’s you from the past ‘Romeo’ or ‘Juliet’.

So, with Romeo And Juliet’s Sliding Doors of Self-Love, the age-old, painful rite of passage that is the Valentine’s Day we’ve known and not loved has been transformed into a new, positive, reflective ritual that reflects on the sliding door moments that led you to today and the possibilities of your future, whether you’re celebrating with a loved one or on your own.

And The Winner Is…

Firstly, and as Amy Hua pointed out, many of the above ideas could work for long-term couples, singles or first daters – or even friends wishing to reconnect, particularly following the pandemic. Love wins, you guys…

However! As nice and gooey as that sentiment is, at our gamified Campfires there can only be one winner – and we want to know yours. Cast your vote for the ultimate Valentine’s Day champion here…