The London Stone Trilogy: How Swamp Motel Flipped From IRL To URL During The Pandemic 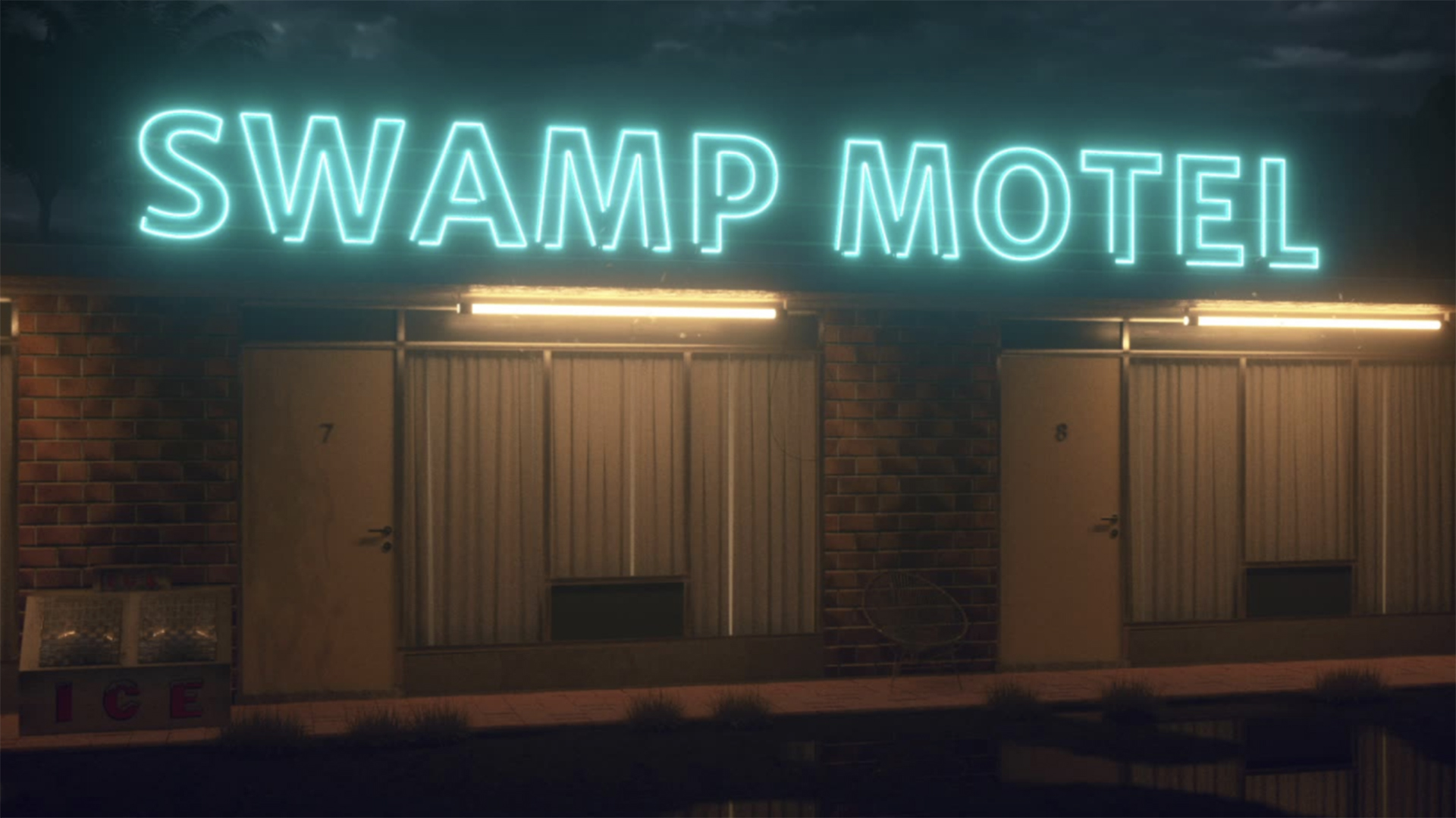 WXO Case Studies tell the story of how experts across the Experience Economy have faced challenges, solved problems, and either pioneered new ideas or just figured out how to make something work really well. We believe these experience-based ideas are highly transferable, and that you should be able to take what they discovered in their sector, and apply it in your area of the Experience Economy. If you’d like to share your own case study with the WXO community, please get in touch.

For our first case study, we track the story of how a brand experience agency named Swamp Motel turned the Covid crisis into a sea of opportunity by going digital for the first time.

So, without further ado…

Swamp Motel began after the co-founders took on some frustrating freelance work for brand experience agencies. Despite generous client budgets, these agencies were making mediocre experiences, often using talent and production approaches from the world of advertising.

“We saw an opportunity to do things differently using our experience and network as theatre-makers. Instead of making poor quality experiences where audience dwell time had to be incentivised by freebies and samples, we focused on developing experiences led by theatrical storytelling, captivating audiences so they wouldn’t want to leave.”

Three years into operating as a brand experience agency, 2020 was forecast to be Swamp Motel’s most successful year to date. Off the back of award-winning events for, among others, RYOT Studios and Verizon, UK restaurant group Dishoom and Resident Evil owners Capcom, the stellar year was set to deliver profits that could be re-invested into our first consumer-facing immersive event.

The complete closure of the events industry by Covid-19 restrictions meant that in March 2020, 95% of Swamp Motel’s pipeline disappeared in five days. Faced very suddenly with zero revenue, no way to be able to deliver live experiences, and unable to leave our homes, we refused to let this bring an end to the business that we had put three years of blood, sweat and tears into.

And while it felt like the rest of the industry was talking about what this meant for the future of the industry and their livelihood, we set about enacting the heart of our approach: storytelling. One thing that a background in fringe theatre teaches you is that you do not need much to be able to entertain people with a brilliant story. If people could no longer go to the experience, then take the experience to them.

The government restrictions turned into a new brief that guided the production approach and distribution platform. The story to be told was inspired by the cultural mood of the time. Hitchcock’s Rear Window and Netflix’s true-crime series Don’t F*ck with Cats were key reference points.

The result, The London Stone Trilogy, is a three-part conspiracy thriller that turns every audience member into a protagonist, uses the internet as its playground, and blends the real and the fictional together in a way where you can’t see or feel the edges of the story. Ivy has gone missing. The residents of Plymouth Point are concerned. Piece together the mysterious story behind her disappearance by hunting online for clues to her whereabouts before it’s too late. The narrative is discovered by the audience, revealing cult activity, corporate deceit and conspiracy. All designed to be experienced digitally at home.

An honest and upfront conversation with a supportive client very early on in lockdown, Mark Melling at RYOT Studios / Verizon, really proved valuable. His view was that with our depth of understanding in audience engagement, Swamp Motel’s skills would be more valuable than ever. At the time it was very hard to believe him, yet he turned out to be right.

The lure of a client brief and budget, combined with a nervousness about audience adoption of digital experiences over live.

What would have happened if you hadn’t Crossed the Threshold?

…or done what you’d always done before?

Swamp Motel would have closed within three months.

The British theatre and arts press have been phenomenal at picking up very early, writing about and championing this new genre of entertainment. That, yes, was born out of lockdown, but has now picked up its own fans and industry respect. The Telegraph critic Dominic Cavendish, who reviewed the trilogy finale, The Kindling Hour, said:

“even when in-person performances resume, this sub-genre will keep bringing gamers towards theatre and vice versa. It would be folly to disregard it as a passing fad. Where small companies like Swamp Motel lead, big players like the National or even BBC – should hasten to follow.”

Other individuals who partnered with us to help us to get Plymouth Point off the ground included:

The realisation that video conferencing software could be combined with other readily available consumer video playback software – meaning we could inject a pre-recorded video into a live call to simulate a conversation with a character – really was our ‘aha’ moment. We realised that…

“we could create a storytelling experience ourselves using consumer digital tools that would immerse audiences by blurring the line between fact and fiction, being reactive in a way that felt live, but that was also truly scalable and accessible.”

All people required was an internet connection and a laptop. Scalability and accessibility are two big challenges that we’d always faced with our live, immersive and site-specific experiences.

Running the shows while hiring and putting together marketing plans with no income was tough. Two months after testing the market with the first part of the trilogy, Plymouth Point, it was evident from audience feedback and trials in ticket sales that there was an appetite among audiences for this kind of entertainment experience. We were still running everything, from the stage management of the experiences to the ticketing support, as well as writing and producing. We approached and interviewed people very honestly, hoping that they would see the potential that we could, and the right people did. They’re now a crucial part of our expanded core team of 12.

“We’ve invented a new genre of experience-based entertainment by proving that theatrical experiences can be delivered virtually.”

Through proving that the internet is a brilliant platform for experiences to be staged, we have an expanded set of tools available to us beyond the theatrical.

“Experiential entertainment is no longer bound to physical space or a VR headset.”

The new Swamp Motel is a cross-platform entertainment company with immersive storytelling experiences at its heart.

Navigating the changes in audience demand and behaviours as Covid-19 restrictions lift and we start experiencing live experiential entertainment in large audience groups again. And continuing to innovate and captivate through these uncharted times.

You can book tickets for Swamp Motel’s Plymouth Point here, The Mermaid’s Tongue here, and The Kindling Hour here.

For more case studies and learning frameworks from the Experience Economy, check in to the WXO website regularly and sign up for our newsletter here.