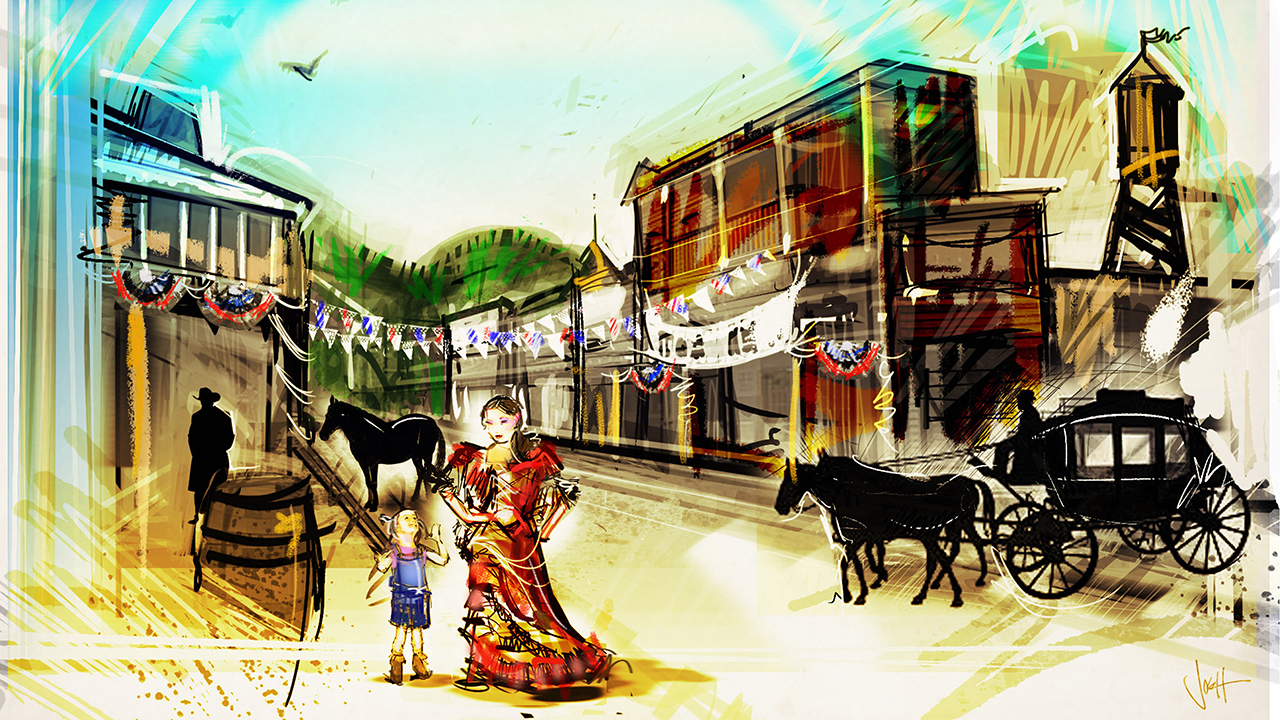 Welcome to Experience Radar 12, where we’re seeing Seoul step into the Metaverse, Nike team up with Niantic to catch more customers, and Storyland Studios resurrect an old-school ghost town for an experience-led future.

1. The Future Is Experience

Campfire 28: How Story Drives Business reminded us of this excellent report on Winning In The Experience Economy by Forbes, in which a survey of almost 2,000 business owners found that:

In other words, the Experience Economy is well and truly here – for brands and businesses to ignore at their peril.

2. Seoul Steps Into The Metaverse

In what’s fast turning into your weekly Metaverse update, the city government of Seoul, South Korea has announced a plan to make a variety of public services and cultural events available in the Metaverse, including visiting a virtual town hall, touring historic sites and even filing a civil complaint. With $3.3m invested in building this Metaverse platform, is this the future of smart cities? We also covered in Experience Radar 11 how Fantasy 360 Productions is planning to build the first physical gateway into the Metaverse – now it seems that Sandbox VR is also “building towards a future where it is the portal to the Metaverse”.

(Er, still confused about what the metaverse is? Click here to see it explained in one slide.)

We told you about how Netflix jumped on one of its biggest global successes, Money Heist, to bring Londoners Money Heist: The Experience in summer 2021. Now the streaming platform has teamed up with NYX Professional Makeup on a new limited-edition make-up collection – and chosen to launch it with two nights of La Casa de Papel: The Experience (the show’s title in French) at La Monnaie de Paris.

Yet another example of an entertainment giant looking to leverage its IP through experiences – for more evidence, see Netflix’s Stranger Things pop-up retail experiences, currently open in NYC and LA, and its plans for an immersive Stranger Things experience “inviting visitors to travel through the darker side of Hawkins” in spring 2022.

Themed entertainment company Storyland Studios have announced that they will be breathing new life into Ghost Town in The Sky, a Western-style attraction that originally opened in 1961 in Maggie Valley, North Carolina. According to Chief Innovation Officer Matt Ferguson “We still plan to have the Old West town. We expect to have stunt showdowns, can-can shows, music and entertainment. But we also plan to update the attractions to compete with the best storytelling experiences in the world and have stronger connections with the park’s location in the Great Smoky Mountains.” Storyland Studios are also currently designing Storyville Gardens, a theme park designed to spark children’s love of reading in Tennessee – hear more at the company’s session at IAAPA, Strategic Storytelling: The Art, Craft, and Science of Story, on 15 November.

5. A Poignant VR Journey Into The Story Of Schizophrenia

In Experience Radar 10 we discovered The Severance Theory: Welcome To Respite, a VR psychological thriller that “explores the parts of our minds that both help us and haunt us through the lens of a mental illness called Dissociative Identity Disorder”. Now, Goliath: Playing with Reality has won the Grand Jury Prize for Best VR Immersive Work at the 78th Venice International Film Festival. Created by Anagram, the film “explores the limits of reality and a true story of so-called ‘schizophrenia’ and the power of gaming communities” and is narrated by Tilda Swinton. We think it’s another interesting example of how VR can be used to provoke empathy and create understanding around difficult topics like mental health.

6. Would You Buy A Burger From An AI Avatar?

Cute or creepy? The jury’s out on tech company Nvidia‘s new Omniverse Avatar platform, which combines a number of discrete technologies — including speech recognition, synthetic speech, facial tracking, and 3D avatar animation — to power a range of virtual agents. These agents could be used as stand-ins during video conferences, or talk consumers through their choices, for example at a fast food restaurant, as per one of the demos used at the platform’s launch. Unlike the Metaverse, Nvidia’s vision for the “Omiverse” is more about creating virtual avatars that can react to people in the physical world. But is it what people really want?

7. Catch Em All With JD Sports And Nike

Niantic – the creator of Pokémon Go that’s also partnering with Punchdrunk to produce immersive AR theatre – has entered a three-way collaboration with Nike and JD Sports to create 300 new PokéStops within the retailer’s locations, where players will not only be able to buy real-world versions of Nike classics including Air Max sneakers, t-shirts and backpacks, but virtual versions for their avatars to wear, too. Gamification meets retail meets the Metaverse, perhaps?

Comment hidden. Show this comment
[…] Fantasy 360 Productions is planning to build the first physical gateway into the Metaverse, and in Experience Radar 12 that Sandbox VR is also “building towards a future where it is the portal to the Metaverse”. […]
January 13 at 2:10pm
Yes No