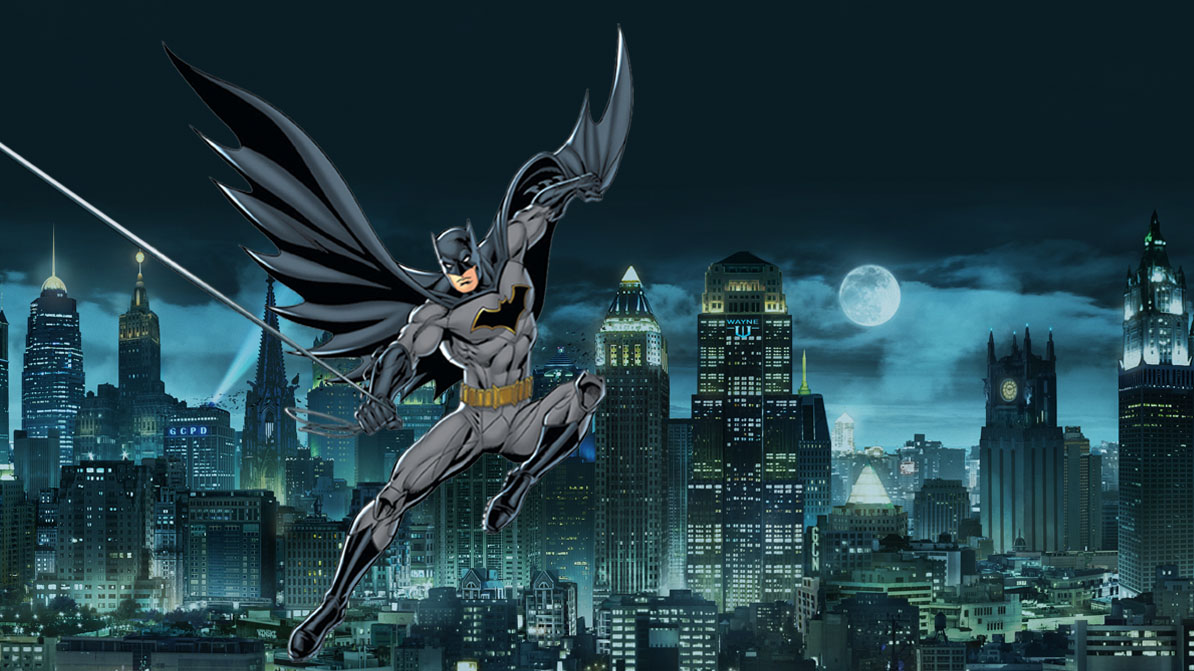 Welcome to Experience Radar 14, where we drop into the jungle with Lara Croft, head down Mexico way with Frida Kahlo, step into a nifty pair of VR boots, and seek to discover the value of the Metaverse.

Fans of Bruce Wayne and Lara Croft are in for a treat, as big-budget Batman and Tomb Raider experiences are due to open in Paris and London this year. In Paris, Warner Bros. and DC have teamed up with Dama Dreams to bring Gotham City’s dark underbelly to life via a series of escape rooms. Called Batman Gotham City Adventures, the experience, said to be the largest escape game in France, will unfold in a 3,000 sqm building in central Paris, the location of which is currently being kept under wraps. Expect actors, immersive storylines and themed surroundings that thrust you into the world of the caped crusader. (And for another example of Batman given the immersive treatment, check out our review of Park Row here.)

Over in London, on 1 April Camden’s Stables Market will be transformed into a treacherous jungle complete with crumbling tombs and sinking ships for the Tomb Raider Live Experience, where visitors are whisked into a fantasy narrative, joining archaeologist Lara Croft (played by an actress) on a series of adrenaline-fuelled missions. The project is the brainchild of Tom Lionetti-Maguire, the man behind The Crystal Maze Live Experience, which a few of our WXO members previously reviewed for us here.

Taking hybrid events to new heights, the New Frontiers segment of the 2022 Sundance Film Festival will take place both as an in-person event and remotely via a virtual reality platform event organisers have dubbed ‘The Spaceship’. The VR vessel will be globally accessible via laptop or VR headset from 20-28 January, allowing virtual attendees to plug in to a series of events from artist spotlights to film premiere parties, uniting filmmakers with online audiences.

The Spaceship will also boast a gallery showcasing the complete line-up of XR work, along with a cinema house and a virtual social space called Film Party. Accessible to Explorer pass holders, remote attendees can connect with people at the festival via a ‘biodigital bridge’. It’s film Jim, but not as we know it… (For more tips on how to host a hybrid event, check out data strategist Alessia Clusini’s piece on 7 Essential Lessons On Hybrid Events from SXSW.)

Swedish museum Fotografiska has bold expansion plans for 2022. Adding to its existing sites in Stockholm, Tallinn and New York, according to Artnet, the private museum will expand its footprint to Miami, Berlin and Shanghai this year and in 2023. When the six sites are operational, Fotografiska will be the largest private museum in the world. The Berlin museum, designed by Herzog & de Meuron, is due to open in September 2022 at the former Kunsthaus Tacheles, while the Shanghai space will occupy a 50,000-square-foot warehouse near the city’s version of New York’s High Line on the Suzhou Creek waterfront.

The Miami museum, meanwhile, is set to open in a Rockwell Group-renovated industrial building in 2023. Tapping into the Experience Economy will be a priority at the three new venues, which will play host to immersive exhibitions with a focus on contemporary photography and film-based shows. Fotografiska launched in Stockholm in 2010, opening sister sites in New York and Tallinn in 2019. Read more on the evolution of immersive spaces by Fotografiska majority shareholder Yoram Roth here.

4. The Value Of The Metaverse

How much is the Metaverse worth? It depends who you talk to. As reported by Market Watch, according to Bloomberg Intelligence, the Metaverse – defined as a digital experience that blends virtual reality with streaming video, mobile games, cryptocurrencies, social media, 5G, augmented reality and AI – is expected to be an $800 billion market by 2024, while Roblox CEO, David Baszucki, believes mobile, streaming content and social media to each be worth around $200 billion.

Some are even more gung-ho in their estimates – Morgan Stanley analyst Brian Nowak has spoken of an $8 trillion total addressable market among US consumers, but warns that adoption of the technology “won’t be rapid or easy” due to uncertainty and mistrust surrounding the Metaverse experience and personal data use.

5. Down Mexico Way With Frida Kahlo

Ground-breaking Mexican painters Frida Kahlo and Diego Rivera are the latest artists to be given the immersive treatment in a colourful new show launching in London and Washington D.C. next spring. Called ‘Mexican Geniuses: A Frida & Diego Immersive Experience’, the concept is the creation of tech firm Brain Hunter Co.

While the venues have yet to be revealed, visitors can expect to be transported to Mexico, where they will witness over 300 of the fiery couple’s works projected onto the walls. To help bring their world to life, art lovers can walk the streets of Mexico City that inspired and informed the duo via a VR headset, which includes narration from art experts, academics and tour guides. The experience, which lasts just over an hour, will cost $19 in DC and £24.90 in London.

6. These Boots Were Made For Walking

VR developer Antony Vitillo was given the 360° virtual reality experience at the Augmented World Expo in Santa Clara, California, where he donned a pair of Ekto VR boots to enhance his experience of entering the virtual world. Like being on a running machine, as you move forward the motorised shoes move backwards, allowing you to roam the VR world without shifting from your spot.

While it sounds like there are a few teething problems with the design – Vitillo described the shoes as “clunky, noisy and uncomfortable”, once he got used to stomping about in them, their potential for the future of VR became clear. The shoes are currently in the prototype stage, but Vitillo hopes they will eventually become a reality for VR fans, offering a viable way to bring locomotion to the experience.

7. Do The Rijks Thing

And finally, in news that warmed our cockles, virtual reality is helping to give a new lease of life to care home residents in the Netherlands, who are being offered the chance to go on a virtual tour of the Rijksmuseum in Amsterdam – home to masterpieces by Rembrandt and Vermeer.

Created by communications firm KPM and Maya VR, which specialises in bringing virtual reality experiences to the elderly, it’s a powerful example of how technology can be used as a means for good, to help bridge the accessibility and inclusivity gap. We defy you not to well up while watching this video of a Dutch lady being transported back to the museum for the first time in decades via the power of VR. (For more on this, read architect Ray Hole’s comments about designing time for dementia patients using VR tech in Campfire 12: Taking The Stairs Versus Crossing The Threshold.)