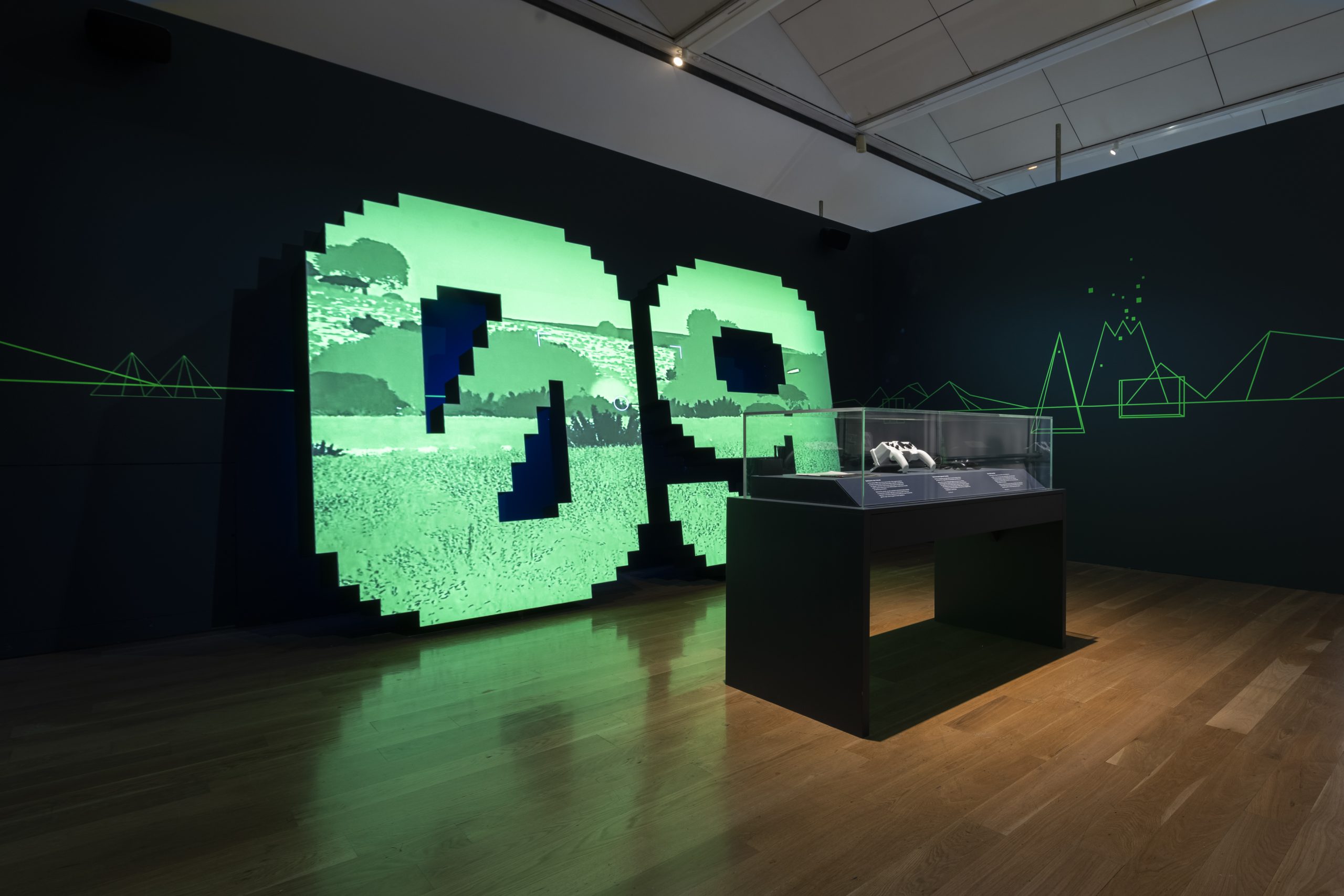 Welcome to Experience Radar 50, where we’re hoping to be the fastest finger first at London’s new game show experience, sipping Bollinger in a seaplane on a Bond-inspired adventure and climbing aboard the Four Seasons’ new yacht.

Game show junkies that are too shy to apply take note – an interactive game show experience is due to land in London that takes competitive socialising to the next level. As reported by Time Out, Gameshow Studios is slated to launch in London next spring, offering guests the chance to step into the hot seat as contestants in a series of game shows inspired by TV’s finest. The experience will see teams of two to six convene in luxury booths around a ‘state-of-the-art gaming table’ where they can play a series of games that hark back to the golden age of quiz shows.

Everyone gets a big buzzer for the fastest finger first rounds, which will test players’ general knowledge, memory and mental dexterity. You’ll also be able to have food and drink delivered to your table. “We’re excited to be launching Gameshow Studios. Pushing boundaries and buzzers, we are creating a new format of competitive socialising where players can experience all the joy and anticipation that comes with a TV game show,” said Quoth founder Josh Ford. The venue includes a Green Room bar and showpiece stage, giving guests the feeling of stepping inside a TV set.

2. What Video Games Tell Us About Conflict

From first-person shooters to real-time strategy games, today’s video games often depict impressively researched historical events, but how do they handle the tension between the thrill and tragedy of warfare and its repercussions in the real world? The Imperial War Museum in London has set out to answer this question in a ground breaking new interactive exhibition. Called War Games: Real Conflicts | Virtual Worlds | Extreme Entertainment, the exhibition explores the relationship between video games and conflict, showcasing immersive installations.

A UK first, the exhibition delves into how the reality of war is represented in the virtual world of a video game, exploring what games can tell us about real-world conflict. The event seeks to challenge perceptions of how video games interpret stories about war and conflict through a dozen titles, including Sniper Elite 5 and Call of Duty: Modern Warfare, which have reflected events from the First World War to the present. The show features a military training simulator and a retro gaming zone visitors can play Battlezone, Goldeneye, Medal of Honour and Top Gun on old consoles like the Atari 2600 and the Sega Saturn.

3. See The World Through Bond’s Eyes

Globetrotting Bond lovers rejoice! Experiential travel company Black Tomato has developed a series of 007-inspired travel experiences in honour of the 60th anniversary of the secret agent’s silver screen debut. As reported by Forbes, Black Tomato has hooked up with EON Productions on the luxury travel series, inspired by Bond film locations, which tips its hat to memorable scenes from the flicks. The inaugural trip will see 007 fans embark on a European adventure that begins in London. The first stop is Château de Chantilly, which featured in A View to a Kill, where guests will be given a tour of its racehorse training centre.

The next leg of the adventure moves to Lake Como in Italy, where guests can make like Bond in Licence To Kill and waterski along the Moltrasio shoreline before jumping aboard a private seaplane and enjoying a bottle of Bond’s favourite fizz, Bollinger. After exploring the pretty towns of Bellagio and Varenna, guests can enjoy a private tour of Villa del Balbianello from Casino Royale before moving onto a night of decadence at the Casino de Monte-Carlo in Monaco to live out their GoldenEye fantasies. Black Tomato will be offering just 60 private trips allowing fans to follow in Bond’s footsteps across the globe.

The Four Seasons is the latest luxury hotel group to take to the high seas with a shiny new floating hotel. As reported by Lute, the Four Seasons Yacht is 207m long and boasts 14 decks and 95 suites, which come in at around 76 square metres. The show-stopping Funnel Suite will be spread over four levels and a mammoth 892 square metres, and will boast its own private wading pool and spa. According to Lute, this is the first in a series of Four Seasons Yachts due to be built over the coming years by the Italian shipyard Fincantieri. The inaugural vessel, due to launch in 2025, will cost around $399 million to build.

Interiors will be by Swedish firm Tillberg Design and London-based Martin Brudnizki Design Studio. Details on the customer experience on board are scant, but food will have a Mediterranean focus and the ship will feature a sushi bar, spa, pool and al fresco cinema where sailors can catch a late-night film before hopping off the yacht the next day to explore the thrills and spills of Sicily, Athens and the South of France. Four Seasons isn’t the first hotel group to have skin in the luxury cruise game: the Ritz Carlton Yacht Collection is due to set sail soon, while Aman Resorts is set to launch its Project Sama cruise ship in 2025.

Giving us a tantalising glimpse into the future of theme parks, Disney has filed a patent for augmented reality and virtual reality rides offering a 3D virtual experience without the need for VR headsets or AR glasses. As reported by BlooLoop, instead of using a headset or device, the new technology would project a 3D virtual scene to guests on rides and attractions by tracking their eye positions, providing a 360-degree immersive experience beyond VR and AR. The patent explains that the “visual effect system” includes a projection screen with “a reflective surface formed using retroreflective material”.

According to the patent, a controller will operate the projector assembly to project left and right eye images towards the projection screen. “Rather than look through a phone screen or a headset, Disney developed a system similar to a movie projector to project on a real surface what humans see on a screen. It’s more real-world experience rather than looking at it through a phone,” John DeStefano, Founders Legal patent and technology technical advisor, told Spectrum News. Disney plans to turn Disney+ into an “experiential lifestyle platform” that would let users enjoy its theme parks “from a virtual standpoint”.

6. How Modern Life Got Gamified

In a recent BBC article, writer Tom Chatfield takes a deep dive into the gamification of modern life, as charted by game designer Adrian Hon in his new book, You’ve Been Played. Game-like elements, Hon argues, underpin countless aspects of our daily lives, from the mechanics of the workplace to how we spend our free time. “If a behaviour can be tracked and rewarded, people can be trained to do more of it,” Chatfield writes. “Gamification can be thought of as an apparatus of feedback loops intended to reinforce certain behaviours. If you’ve ever found yourself nudged towards just one more click on social media, or to hit a target of daily steps, you’ll have felt the force of these incentives.”

“And your actions are likely to have been converted into data that will be used to further calibrate your own incentives, to better engage you in whatever activity the software is promoting, feeding saleable information into a database.” Hon believes gamification can be used as a tool for progression, as well as coercion. “You can use game design to help people talk to other people from different viewpoints. You can make them feel safe while doing it, make participation better, have a better interface,” he says. “The best games are patient and forgiving teachers, allowing players to experiment and improvise.”

Niantic’s founder, John Hanke, has bold ambitions to build a “real-world metaverse” using AR to encourage people to make the most of their physical surroundings. As reported by the Financial Times, the Pokémon Go founder is creating an AR map of the world by collecting data from millions of users. Hanke believes spatial computing will be as disruptive as the Internet and smartphones. He’s already mapped over 100,000 locations around the globe and has thousands of developers building apps on the platform. The goal is to offer users information and services from these maps that localise with your smartphone.

In the future Hanke envisions people donning a pair of AR glasses and being presented with a wealth of useful information at thousands of venues without the need for a QR code. “It’s going to feel like the world is this living surface and there’s stuff that will help you appreciate it more, or navigate it more easily, or do some transaction that you want to do, just more seamlessly,” he told the FT. “There’s a way to go but I think the technology is going to allow it to happen. If designed well, it’s less intrusive for us. The goal of AR is to enhance reality.”