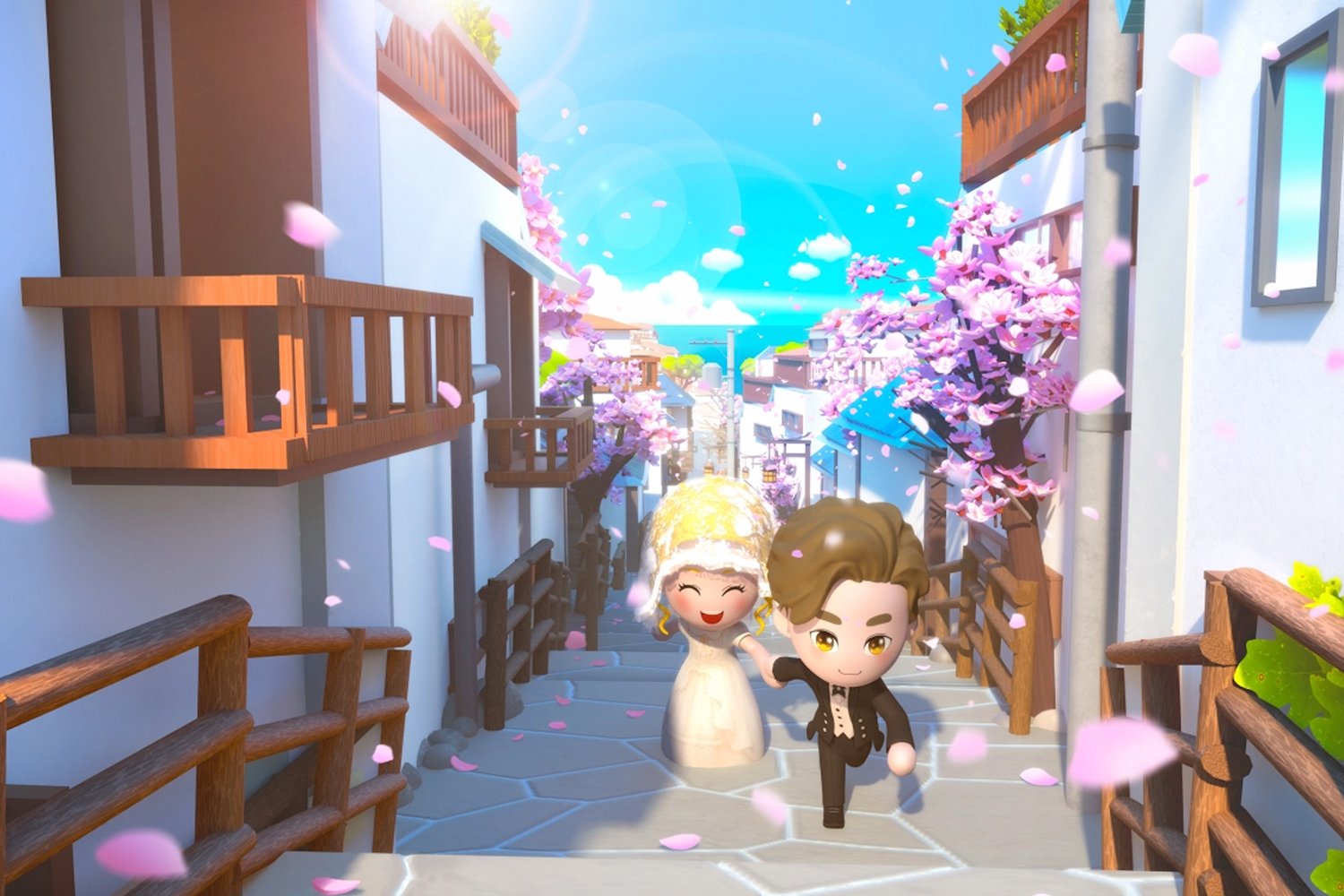 Welcome to Experience Radar 34, where we’re going down the rabbit hole at Blenheim Palace, stepping back in time in Sheffield, and chasing the sunrise on Quantas’ new non-stop flight from Sydney to Paris.

Pokémon Go creator Niantic is creating a social AR app called Campfire that will allow players to chat. As reported by CNET, the move is another step towards the company’s goal of linking its various games and apps into a common social platform, creating “reality channels” that will work with future smart glasses. Niantic’s new world-mapping technology is leaning on community-based, crowdsourced scans to build a global map that future phone apps can draw on.

According to CNET, Niantic is focusing on mapping to create an underlayer of location points and scans of real-world places that virtual things can layer on top of properly, which will stay in place so others can find them. Niantic is also doing its own city-based location scanning in Tokyo, New York, San Francisco, London, Seattle and LA. There are already 30,000 locations that are ready for AR games and apps on Niantic‘s VPS map, with many of them scattered across public places and parks. Niantic’s social networking platform, Campfire, will be the glue between these various apps on the VPS grid.

2. Long-Haul Airlines Up Their Game

Airlines are rethinking long-haul travel as passengers return to the skies. As reported by the BBC, Australian airline Qantas made history recently by whisking passengers 9,300 miles non-stop between South America and Australia, setting records for the longest distance covered and longest time in the air for a commercial flight. “Today’s flyers want to fly further, faster, and in style, while paying less. Catering to these demands requires innovative thinking and airlines are investing in products that will keep long-haul passengers happy,” writes Ashley Nunes. In response, Quantas has launched Project Sunrise, which aims to fly non-stop from Sydney to London, New York and Paris in a long-haul shake up.

Among the recent in-flight innovations are finessed food, on-board showers, and pimped up entertainment offerings, with one airline boasting 4,500 TV channels to choose from. On the food front, menus are being tweaked to factor in the fact that our taste buds are dulled at altitude, while the roar of the plane’s engine further diminishes sweet flavours while enhancing savoury tastes. “Their proposed fix? Rethinking menus to match taste preferences at altitude so passengers can – despite the constant buzzing of jet engines – better taste their food. Given the billions airlines are investing in going long-haul, spending a little more on menu diligence may well be a bargain,” says Nunes.

Beatrix Potter fans are in for a treat, as news reaches us that a Peter Rabbit-themed immersive experience is due to pop up at Blenheim Palace this summer. As reported by Oxfordshire Live, the Peter Rabbit Garden Adventure will run from July to September to mark the 120th anniversary of the beloved children’s book. The experience will mix live performance and immersive multi-sensory storytelling to bring the Potter classic to life in a first for the palace, which has given event organisers unprecedented access to the estate. During the adventure, visitors will be able to help rescue Peter from ending up in Mr. McGregor’s pie.

The experience is being run in partnership between Histrionic Productions and Penguin Ventures. “We are honoured to be the first company to unveil the magic of Beatrix Potter live in a beautiful walled garden setting, and Blenheim Palace provides the perfect backdrop to launch our new immersive experience in this special anniversary year. Families will be captivated by both the live performance and the beautiful set pieces as they hop into the pages of this classic family tale,” said Adam McKenzie Wylie, founder of Histrionic Productions. After its Blenheim debut, Peter Rabbit, Benjamin Bunny and friends will tour the UK.

BUD, a nascent app creating a metaverse for Gen Z to play and interact with each other, has raised another round of successful funding. As reported by Tech Crunch, the Singapore-based start-up has closed $36.8 million in a Series B round led by Sequoia Capital India, not long after it secured a Series A extension in February. The new funding brings BUD’s total financing to over $60 million. This round of raise attracted a number of prominent China-focused investors, including ClearVue Partners, NetEase and Northern Light Venture Capital.

Founded by two former Snap engineers Risa Feng and Shawn Lin in 2019, BUD lets users create 3D characters, cutesy virtual assets and richly coloured experiences through drag-and-drop without the need for coding experience. According to Tech Crunch its users have created over 15 million virtual spaces since the app launched last November. BUD plans to introduce a marketplace for NFTs, meaning the ownership of virtual items sold on the platform will be recorded on the blockchain.

A new global survey conducted by Ipsos for the World Economic Forum has found that around half of adults across 29 countries are familiar with the metaverse (52%) and have positive feelings about engaging with XR in daily life (50%). However, the survey points to wide differences in familiarity and favourability across countries and demographic groups. Excitement about XR is significantly higher in emerging countries than it is in high-income countries. In China, India, Peru and Colombia, over two-thirds of respondents said they have positive feelings about engaging with it, while fewer than one-third felt the same way in Japan, the UK, Canada, France and Germany.

Levels of familiarity with VR, AR and the metaverse show a similar pattern. More than two-thirds of respondents in Turkey, India, China, and South Korea reported being at least somewhat familiar with the metaverse, compared to fewer than one-third of those surveyed in France, Belgium, Germany and the Netherlands. Familiarity and favourability towards the technologies are also significantly higher among younger adults, those with a higher level of education, and men than they are among older adults, those without a college-level education, and women.

Flamboyant Japanese artist Takashi Murakami’s colourful new exhibition, Stepping on the Tail of a Rainbow at The Broad in Los Angeles, harnesses the power of AR. As reported by Design Boom, the show brings together 18 works created throughout the artist’s career as well as new digital immersive environments developed in tandem with his studio, Kaikai Kiki Co. In works, spanning sculpture, painting, wallpaper and installations, Murakami explores everything from globalisation and pop culture to religious iconography. Working in partnership with Meta’s Spark AR, Instagram and BUCK, Murakami uses AR experiences to connect his paintings and sculptures with these emergent technologies.

The AR features exist on top of and in relation to the physical world in and around the exhibition, including the East West Bank Plaza, the museum lobby, and one of the exhibition galleries. Through Instagram, Murakami characters step out of their physical forms into the digital realm. An AR version of Murakami and his dog, Pom, greet visitors at the entrance. As reported by the LA Times, the goal is for his art to reach a broader audience. “My works have a lot of Asian themes and may not be too familiar to Western audiences. I thought the AR could be a hook,” he said.

Sheffield in South Yorkshire has been given the VR treatment in a new immersive experience set to hit the city this summer. As reported by The Star, StoryTrails will go live in July at the city’s Central Library as part of a Local and Community History Month. The immersive storytelling experience will allow people living in Sheffield to experience the city in a new light through virtual reality. Part of Unboxed UK, the experience will feature a bespoke AR story trail and a virtual map of the city telling the stories of local residents and showcasing 3D scans of Sheffield’s beloved buildings and iconic landmarks.

Across 15 locations, visitors will be able to enter digitally created worlds using a VR headset. Historian and A House Through Time presenter, David Olusoga, will host an augmented reality experience allowing attendees to travel back in time and learn about their virtual neighbours’ stories, while observing changes in fashion over time. “StoryTrails invites audiences to discover hidden histories in communities across the UK using immersive technology as a window onto the past. It demonstrates the power of creative collaboration across science, technology and the arts to create extraordinary, never-seen-before public experiences,” Martin Green CBE, chief creative officer at Unboxed Creativity, told The Star.