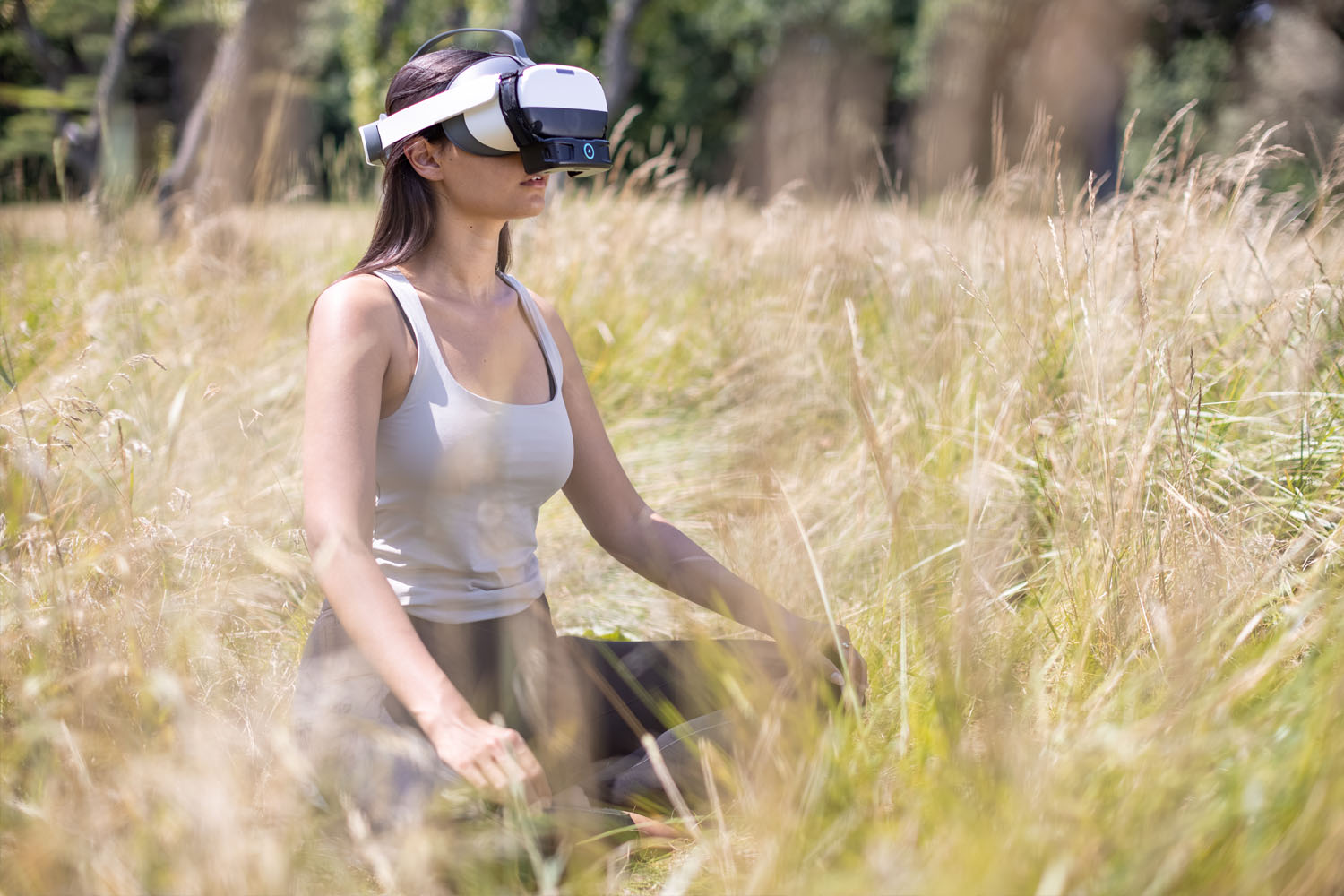 Welcome to Experience Radar 22 where we’re smelling the roses in virtual reality, delving into neuroscience with Talking Heads frontman David Byrne, and touring the world through the eyes of Agatha Christie.

Pokémon Go developer Niantic has bought AR app creator 8th Wall for an undisclosed sum, marking the firm’s largest acquisition to date. As reported by The Verge, according to Niantic’s senior vice-president of engineering, Brian McClendon, the acquisition will boost Niantic’s Lightship developer platform and help developers to “realise their visions for AR in the real-world metaverse”. Niantic is backing AR in a big way, and recently launched a Pikmin-themed app with Nintendo.

2. The Sandbox Partners With World Of Women

World of Women, an avatar art initiative focused on bringing women into the crypto and NFT space, is coming to popular gaming platform The Sandbox in the first collaboration of its kind. As reported by Glossy, the two firms joined forces to focus on crypto education for women via courses and initiatives run by the Wow University and WoW Academy and hosted on The Sandbox – a blockchain-based virtual world where players can create avatars and visit multiple lands.

The partnership will focus on supporting artists and funding projects, educating newcomers on Web3, giving more visibility to female-centric causes, and charitable work. “We want to lead and support more women in the metaverse like we are doing in the NFT space. But the focus here is that we really want to expand this to developers,” Yennefer, head of community at World of Women, told Glossy. WoW is one of the most popular female-led NFT projects, with endorsements from the likes of Eva Longoria and Reese Witherspoon.

The challenge of integrating scent into the digital world has yet to be successfully mastered, but Vermont-based start-up, OVR Technology, may be about to change the game with the launch of a scent device that straps to the bottom a VR headset and connects via Bluetooth. As reported by The Hustle, the nifty gadget was created by food scientist Aaron Wisniewski, who worked as a chef and sommelier before founding aromatic mist creator Alice and the Magician in 2013.

Aiming to heighten the multi-sensory immersive experience, the ION device contains a replaceable cartridge filled with scented liquid. When navigating a VR world, if you encounter a rosebush the device releases rose-scented molecules that intensify or fade depending on how close you are to it. The tech has the potential to be used at rehab and detox clinics, for field medic training programmes, to treat veterans suffering from PTSD, and in the arts and entertainment space, all of which will benefit from scent’s powerful connection to memory.

4. See The World Through Agatha’s Eyes

With train travel and slow tourism becoming ever-more popular in our eco-conscious era, luxury travel company Black Tomato has leaned into the rise of experiential tourism with the launch of a series of tours inspired by crime fiction doyenne Agatha Christie’s 10-month grand tour of the globe. As reported by Fortune, the ‘Grand Adventure’ tours include explorations of the UK, Africa, Australia, New Zealand, and North America. Keen to offer a bespoke experience, each leg of the tours will be curated to suit the interests of the passenger group.

Among the experiences on offer are private jet tours of Niagara Falls, surfing lessons in Cape Town, where Christie learnt to surf, a rendezvous with James Prichard, the author’s great-grandson, and tea with historian Lucy Worsley at Brown’s Hotel in London. “Given how much travel influenced Christie’s writing, we thought it fitting to partner with Black Tomato to come up with a bespoke itinerary that would deliver a rich and authentic experience following in Agatha’s footsteps,” Prichard said.

5. Wonder Brings Out Our Awe-thentic Selves

Being awe-inspired brings us closer to our authentic selves, according to a new research paper published in the Journal of Personality and Social Psychology. As reported by the British Psychology Society, the study found that awe “awakens self-transcendence”, helping us to connect with who we truly are. Tonglin Jiang at Peking University and Constantine Sedikides undertook 14 studies on over 4,400 people and found that a person’s level of predisposition to feeling awe was linked to how much they wanted to get closer to their authentic self.

Participants who were shown images of the Northern Lights to encourage feelings of awe had higher scores on the authentic-self pursuit scale than a control group that were shown scenes of daily life. The study also found that people with higher dispositional awe had greater self-transcendence scores and stronger pro-social feelings. Gap year students seeking to ‘find themselves’ during their travels were onto something all along. Previous studies have linked feelings of awe to greater wellbeing, reduced daily stress and increased compassion, gratitude and love.

6. David Byrne’s Once In A Lifetime Experience

Talking Heads frontman David Byrne is bringing his immersive, neuroscience-themed theatre experience to Denver. According to Denverite, side effects may include a distrust of your own senses, a disorientation of self, and a mild to severely good time. Byrne partnered with research analyst Mala Gaonkar on the project, called Theater of the Mind; a playful intersection of art and science based on lab research.

Directed by Andrew Scoville, the experience invites participants to explore a 15,000-square-foot immersive art installation, engage in a narrative, and take part in multisensory experiments that encourage you to interrogate your identity and understanding of the world, and question your beliefs and memories. The show uses stories to shape a narrative visitors see, feel, taste and hear. Groups will be escorted through the space by a guide, and as the experiments are informed by guests’ experiences, each visit is different.

7. The Hottest Museum Openings This Year

After two years of disruptions, the museum industry is roaring back to life this year, with a series of exciting new openings planned for 2022. As reported by the Smithsonian, this year will see the long-awaited opening of the Grand Egyptian Museum in Giza, a museum dedicated to the life of singer-songwriter Bob Dylan in Tulsa featuring a 100,000-piece collection spanning Dylan’s career, and a venue highlighting the history and identity of African slaves and their descendants in Charleston.

In Europe, Norway’s long-awaited National Museum will open its doors in Oslo, while Frankfurt will welcome a museum dedicated to electronic music and club culture. In the US, New Yorkers will be able to delight in the city’s first space dedicated to the bright lights of Broadway, which is due to open in Times Square this summer, and on the West Coast, the Institute of Contemporary Art San Francisco will shine a light on emerging Bay Area artists when it opens in the fall.