Experience To Go – From Third Space To Every Place 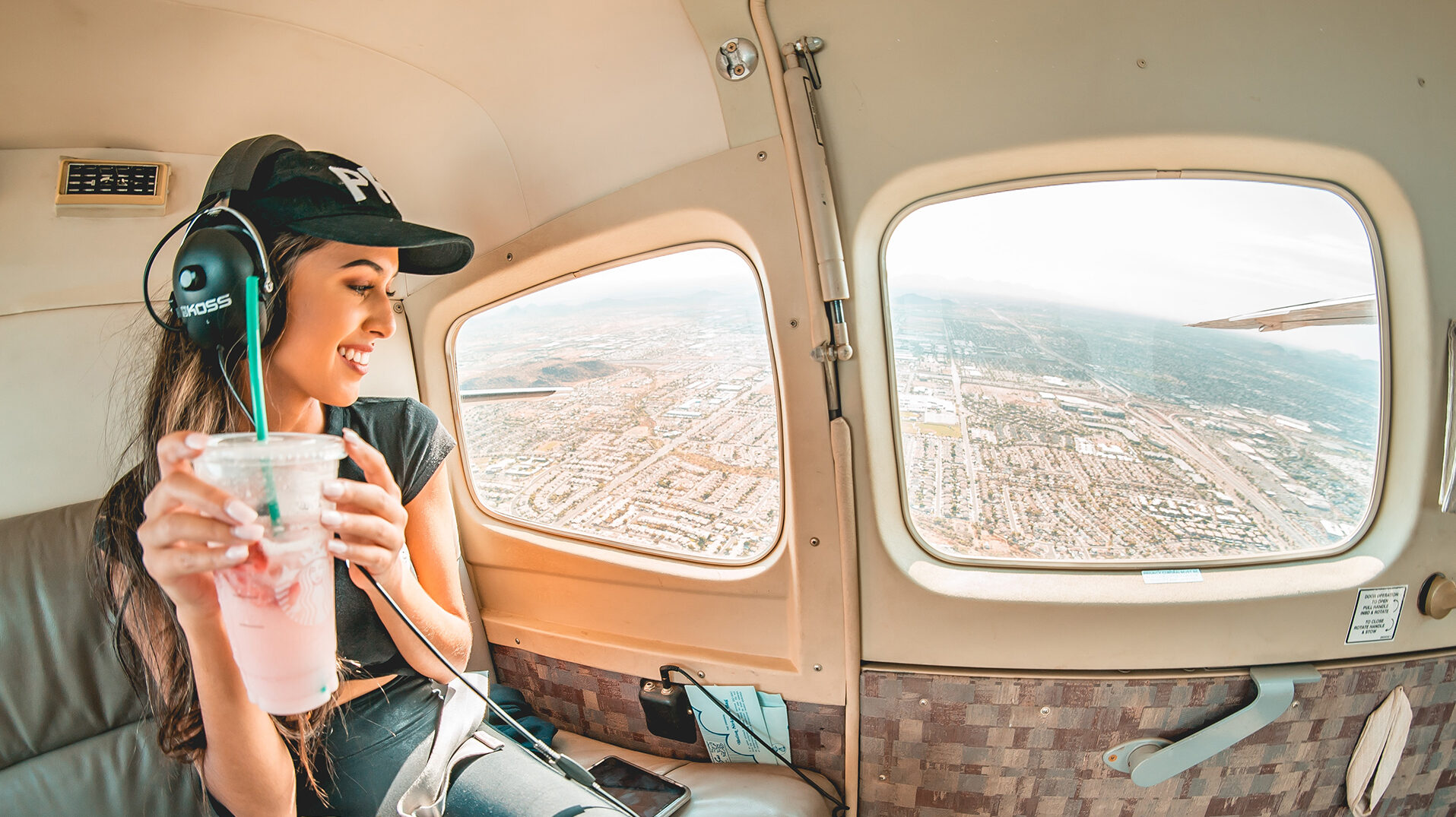 THROUGH HIS ADVENTURES and explorations in experiential marketing, MAX LENDERMAN has noticed a fundamental shift. Read to the end for a radical call to arms that every experience creator needs to hear.

THE ENTIRE NOTION, Max writes, of producing a brand event of mass experience has changed.

In a June 2020 SEC filing, Starbucks announced that it would be closing about 400 stores across the world in the next 18 months. This didn’t surprise many analysts, particularly in light of the global economic downturn. But the stated reason for these closures was surprising indeed: Starbucks was entering a new “transformational phase” from which will emerge a new store format called Starbucks Pickup.

Up until now, Starbucks has built its experience strategy as the “third space” — a physical location that provides an unparalleled immersive brand experience. According to an Inc. Magazine article, the SEC letter also had the following statement:

No matter the format, we know that the Starbucks ‘third place’ experience occurs from the moment a customer envisions their daily Starbucks Experience to wherever they enjoy that Starbucks beverage.

After a decade of creating physical spaces and digital experiences, Starbucks is pivoting to a more omni-present definition of experiential retail. And by extension, this pivot should point the way to the future of experiential marketing as well.

Starbucks’ move is wholly driven by data. After crunching years of input from its store sales and app orders, the company is clearly seeing a shift in people’s behaviors and brand expectations. And it is responding.

The Shift From Here To Wherever

The biggest shift is in mindset, from getting people into a space to creating experiences for people wherever they are. This shift cannot be overlooked. In fact, it is a fundamental perspective that needs to be incorporated into all experiential marketing endeavors. In shorthand, the entire notion of producing a brand event or mass experience has changed.

Starbucks’ new-found lens notwithstanding, the production of experiential marketing had already fundamentally shifted with the explosion of COVID-19 infections and subsequent social distancing measures. From new safety protocols to crowd control to virtuality,  a whole new slew of production requirements is now de rigueur.

On top of that, the much-anticipated return of mass experiences like concerts, sports events and conferences — each with their own levels of Ozarkian bacchanalia — is fundamentally thwarted by studies suggesting such congregations are viral petri dishes on a grand scale.

Within this context of tactical pivots and activation roadblocks, it seems wise to also reconsider strategic opportunities and macro-outlooks that point to a truly changing landscape in experiential marketing.

The first opportunity lies in an imperative mind-shift that all traditional experiential marketers canonically hold; namely, that experiential marketing has to happen when lots of people gather in one place to do something together with a brand sponsor. This dogmatic approach — and the production methodologies that come with it — is outdated, uncreative and ineffective.

Instead, taking the cue from one of the world’s best experiential brands (Starbuck’s), experiential marketers should look at creating experiences “anywhere.”

This isn’t a novel idea. Here are a few examples:

In 2017, Wall Street’s Charging Bull statue came nose to nose with a formidable opponent: the 127cm tall bronze figure of a small girl, her arms akimbo and her head held aloft. The statue was commissioned by asset management company State Street Global Advisors. At the statue’s feet was a plaque which read “Know the power of women in leadership. SHE makes a difference”. “SHE” was an acronym for an index fund of companies with a relatively high percentage of women in management – and it was also the company’s NASDAQ ticker. Fearless Girl was advertising a diversity initiative in the world of business, but it became a beloved piece of civic art and something of an Instagram sensation. Fearless Girl is particularly noteworthy for what it tells us about the value of Instagram architecture in building impressions and spreading the word about your business.

In 2011, in the wake of the financial crisis, Honest Tea wanted to run a test about American honesty. They set up unmanned kiosks in the streets of the six biggest United States cities: Los Angeles, New York, Atlanta, San Francisco, Boston and Chicago. The kiosks were stocked with bottles of tea, and beside them was an honesty box for people to pay the $1 price tag. Hidden cameras were also placed on the kiosks so as to observe the punters as they wrestled with their consciences: should they do the decent thing and pay, or take and get away with it? The result was extensive media coverage and poll of “American honesty” at 87% nationwide. Meanwhile, Honest Tea gave the market leader, Snapple, a run for their money. And some dramatic irony: Wall Street was more honest than Los Angeles. This case study throws up some really interesting questions about the value of posing potential customers a problem. Give them a problem to solve or an ethical quandary, and chances are you’ll leave a more lasting impression.

With this stunt, Red Bull helped pull off a giant leap for mankind. For days over the course of 2012, the world watched in nail-biting anticipation for Felix Baumgartner to jump down to earth from space. The appeal and benefit of something this large-scale goes almost without saying, if you have the means.

The German Car No One Notices

This is instagram architecture, on a roll. In order to advertise its new F-Cell fuel technology, which has 0.0 emissions, Mercedes-Benz took its latest model for a nationwide whirl. The concept? Because of its emissions, it is “invisible to the environment”, so one side of the vehicle was covered in LED panels, while the other side was wired up to a camera which beamed its footage onto the LED side. The result was a chameleon car, seamlessly blending in with its background as it toured the streets. Wherever it went it was greeted with amazement, and wherever it parked up, it was surrounded by adulatory fans eager to pose for pictures with it. Once again, it demonstrated the value of play and humour in real-world marketing measures.

A National Hunt For Jay-Z’s Thoughts

A partnership between Bing search engine and Jay-Z’s publisher, this effort was a remarkable feat of the imagination which mobilised a vocal fanbase and expanded it through wild gamification. All 300 pages of Jay-Z’s autobiography were posted to locations across the United States, one page at a time, to street corners, buildings and bars which pertained to the pages themselves. Then, Bing helped people to locate them. The project expanded, with Gucci selling leather jackets, pages of the book printed on their linings. The treasure hunt mentality meant that it whipped up widespread excitement and got a lot of people talking.

Dominos are way too pragmatic to commission glossy art on one of the wealthiest streets in the world. No, they’d much rather turn their attention to the suburbs and the back streets, the ones they drive on to deliver pizzas. When they launched an initiative to fill in potholes that might prevent pizzas from arriving in top-notch condition, it was an expression of practicality and common sense, but not without a welcome sense of humour. It achieved the remarkable feat of making roadworks engaging and interesting.

During lockdown, a lot of retailers pivoted towards digital personal shopping services via Zoom. Athleisure retailer Lululemon offered digital concierge services bookable through their website for 30 minutes with a store assistant. Meanwhile, other retailers are exploring the use of tangible interfaces such as AR PlayDates or inFORM to help with product demonstrations. These work in addition to Zoom or FaceTime, where a retail assistant’s hands appear to extend out of the screen onto a board of tangible blocks, so as to give a sense of size and shape of objects. (Other retailers are running virtual festivals with shoe drops).

Place Is No Longer The Point

These examples are forerunners to changing the mindset from “somewhere” to “anywhere.” Remarkably to this day, the leading experiential marketing award show is still predominantly place-based and is on the cusp of irrelevance because of its over-focus on venue-first activations (like B2B events, auto shows and stadium sponsorships) and tentpole mass events (SXSW, US Open, Coachella, etc.).

This devotion to creating a brand experience somewhere rather than anywhere is foremost a limiting factor on creativity. It non-figuratively puts walls around the thinking. Brand experiences are ideated, developed and produced to work inside a box (again, non-figuratively speaking). This devotion is safe, it is repeatable and it makes producing experiences predictable. And unfortunately, with the restrictions of gatherings and the science behind the high risks of indoor contagion, this devotion is now passé.

The brand activation world has shrunk; it is no longer reliant on huge faceless audiences all contained in an experience-providing footprint. Recent virtual experiences are pointing to the new-found ability to create micro-experiences for micro-communities of influencers or tight- knit communities of like-minded people.

Meaning Is Not Enough

Experiential marketing cannot continue to rely on production largesse and mass foot traffic anymore. The industry needs to become more efficient and nimble. This shouldn’t diminish the creativity that real-world experiences provide but rather enlarge them. There is ample opportunity to use experiential marketing to help and inspire people everywhere, to drive meaning for brands and audiences alike.

It is not enough to say that experiential marketing drives meaning because it salves the human proclivity to connect with others. This “human connection” trope is invoked by practically every prediction piece used to describe the current state of the experiential industry. This mainstay is lazy; experiential marketing agencies need to provide more than that. Inspiration, assistance and “empathy at scale” should be the production mandatories as much as efficiency and ROI.

Peoples’ perceptions have radically shifted around live brand experiences. We wonder if the experiential industry is brave enough to shift with them.

Max is a thought-leader for human-centric and experience-based growth strategies for their brands and businesses. He was formerly the CEO of School, a purpose-led creative consultancy for Fortune 100 brands and international non-profits. He started and led the global experiential practice at MDC Partner’s Crispin Porter + Bogusky and was executive creative director at Omnicom’s Radiate Group. He is the author of two acclaimed books. His Experience the Message is, according to Joe Pine, ‘still the best book ever written on experiential marketing’. Max publishes a marketing ‘zine called CAMUS, writes regularly for Adweek, and lectures at the University of Colorado, Solvay School of Business and Denver Ad School. The only blot on Max’s resume? He is a lifelong supporter of Arsenal Football Club.

This article was originally published in Camus issue 6. Subscribe to Max’s experiential markeing newsletter at ItsCamus.com.