The Man With The Golden Idea: What If James Bond Preferred Placemaking To Martinis? 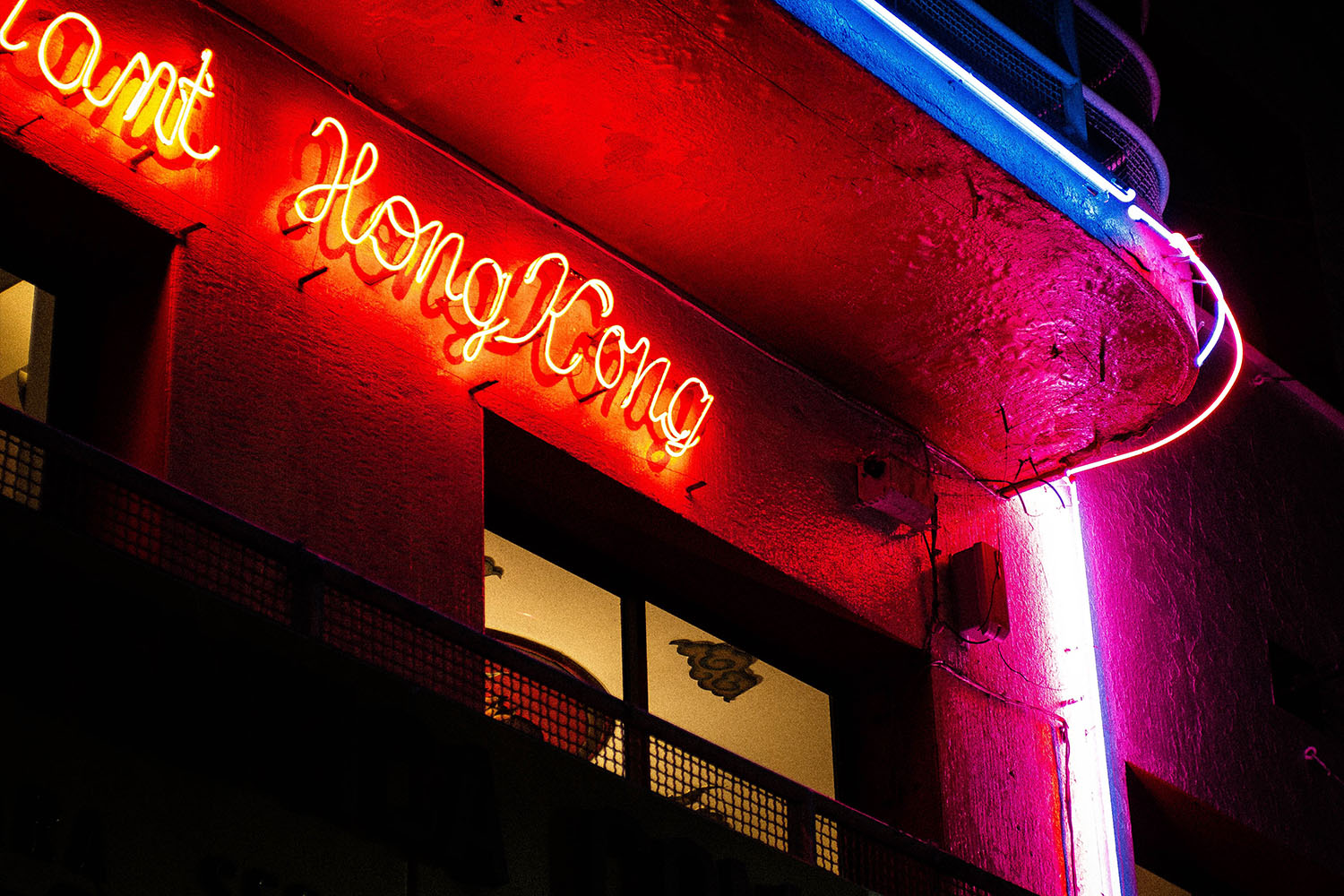 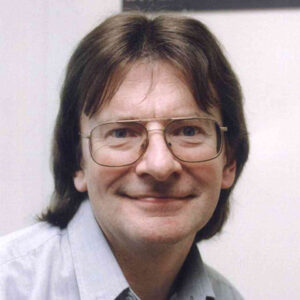 The Experience Economy’s answer to 007, Richard Parry, tells us how his formative experiences in Old Orleans convinced him of the value of “place-memories” – and why, in the wake of COVID-19, towns and cities across the world should be investing in them.

FOR THE LAST FEW YEARS, I have been trying to connect UK suppliers of experiential products and services to overseas demand. Luckily, I have the resources of a UK government department – the Department for International Trade – to help me do so.

But cast aside any visions of me menacingly stroking a white cat while dozens of minions slave away under my command – there are just the two of us, me and my colleague Rozmin (though we are helped by great insights from chums like James Wallman and Meredith O’Shaughnessy). We form a fragile link between UK supply and international demand – though the demand side is helpfully monitored and identified by DIT people in cities around the world.

When we first started using the term “Experience Economy”, our colleagues covering such mundane, tedious sectors as film, TV, publishing and games would smile benignly and humour us – not entirely sure what we did. Something about theme parks, probably.

But now, the Experience Economy is becoming part of everyday vocabulary – even in government, not traditionally an early adopter, there is a growing recognition that experience is a “thing”, and I am working hard to encourage that view. Like all WXO people, I am convinced that the “thing” is going to grow and become increasingly mainstream – not least as it will help to form the ways in which society will emerge from COVID-19.

Over the years, I have done many jobs in export promotion – from failing to sell a UK underground railway system to the city of Guangzhou to exporting palm trees, sand, camels, and oil to the good people of the Arabian Peninsula. But my current job is, far and away, the most rewarding – and I think I know why it feels so right for me. The story begins with a play written in 1606…

Back in early 1970, I went on a school trip to see a production of “The Revenger’s Tragedy” by (probably – no-one is sure) Cyril Tourneur – I was studying it for my A Levels (the pre-university exams in the UK). The cast featured a young Helen Mirren and a young Patrick Stewart – but all I can remember about the evening was the dinner afterwards at a restaurant in Aldwych called “Old Orleans”.

Now, this was 1970 and I was born, bred and buttered in working-class South Wales. We didn’t have themed restaurants. In fact, we didn’t have restaurants. Stepping inside this kitsch and clumsy homage to the Deep South blew my mind. Of course, it was plastic and awful – I think there might have even been papier mache models of grinning black folk holding menus. Menus that referred to chips as “French Fries” (I wibbled audibly when I saw that). It was a new world and I loved it. I drank in the faux fixtures and fittings and felt I was really in the USA (somewhere which, at the time, felt as out of range as the moon). Even better, the waitress was from the Deep South, too. Croydon, I think.

This was a powerful experience and one firmly grounded in place rather than people. I had to call my best buddy from school to see if he had been with me… I could remember the restaurant, but not my companions.

Which got me to thinking about the relative strengths of people versus places when it comes to (*vomit-inducing phrase klaxon*) memory-making. And, specifically, how this relates to the growing challenge of encouraging people back to town and city centres post-COVID-19. Which has prompted my current project, “Experience On Main Street”.

This involves identifying, then curating into directory/brochure form, a group of 40/50 UK people and companies offering products and services specifically relevant to downtown revitalisation – encouraging footfall, dwell time, economic activity… and place-memories. I have been staggered by the depth and range of creative talent out there, and will be endeavouring to get the brochure into the hands of as many planners, developers, real estate managers and local authorities as possible. I’m also hoping to run a workshop on this topic at the Downtown.org’s Annual Conference in Tampa in October.

In order to examine the power of place-memory, I recently conducted a small experiment on Facebook, using a Group based on the South Wales town where I grew up. I posted once about a tiny sweetshop (the shop was tiny, not the sweets) which operated in the 1960s and then again about a pub which closed in the 70s. Both got way over 200 responses. Most of the Group’s posts get 10-20.

A couple of things struck me. Firstly, the aching wave of nostalgia for a simpler, slower way of life. “I remember” appeared in just about every response. People reminisced about a time when doors were left unlocked and housewives washed each other’s front steps and had each other’s babies. It was a time of strong community and high burglary levels.

The other thing was that the responders tended to recall places, aromas, and atmosphere rather than people. Which, in an utterly unscientific way, suggests that when we seek to encourage engagement with downtown areas, we need to create place-memories.

the responders tended to recall places, aromas, and atmosphere rather than people…when we seek to encourage engagement with downtown areas, we need to create place-memories.

In another wildly random experiment, I just asked Cathy, my partner, to name three places where she’d like to be right now. Alarmingly, all three involved alcoholic beverages – but, interestingly, all were also rooted in sensory perceptions, rather than (say) a place of entertainment or time spent with people:

It was all to do with place. The trouble is…

How To Put ‘Place-Memory’ Into Places

And what will those rich-in-place-memory streets look like? I’ve seen some wonderful conceptual thinking involving turning roads into mini parks and green spaces. Do cities and towns have the imagination to take cars and trucks out of the equation?

Let’s face it, if we’re serious about climate change (and eco-anxiety could be a useful ally here), we need to rethink how we get around. Making public transportation not just efficient but enjoyable would help. Place-making can help this, too.

Look at “This Is Wan Chai” – a stunning installation in Hong Kong by the British company Wind and Foster. Thanks to its creative brilliance (take a bow Jevan Chowdhury and Beth Cinamon) and the imagination of the MTR (your turn, Andrew Mead), a set of soulless subway tunnels has been transformed into a fabulous celebration of Wan Chai’s vibrant neighbourhood.

(WXO note: Richard is being modest here and not mentioning his pivotal role in making “This Is Wan Chai” happen.)

Please, No More Hotels That Could Be Anywhere

Place-making does not have to be complex or difficult – it just requires some thought and awareness of the power of place. I am a Lifetime Titanium member of Marriott Hotels. This means two things – firstly, I’ve spent an inordinate amount of time experiencing the hospitality of Bill Marriott folks and secondly, I’ve often been driven to despair by the lack of place-making that these (and no doubt other) hotels embrace.

Just one example – the Fira Hotel in Barcelona. It’s a lovely, super-modern and stylish hotel. My room was stunning. I went to the bar… and could have been anywhere. Barcelona is a very attractive city with iconic art and architecture to spare. Spain is a country with an amazing culture. But the hour or two I spent in that bar were as place-memory free as you could imagine. Not a hint of the city’s wonders in the décor. And worse, in a country with a wonderfully rich musical heritage, I was subjected to endless minor variations of people wailing “Ooh, Baby, I ain’t never gonna stop. No, really” and so on. Oh yes, and the only draught beer was Dutch.

How To Revitalise Downtowns

Finally, In the interests of research, I’ve just visited two local downtown areas emerging from lockdown. Southampton is a reasonably thriving maritime city with good museums, galleries and stores, but it lacks a place-memory pulse. The only place generating much excitement was Primark – a low-price clothing store which has spawned a joke doing the rounds here:

A. The queue outside Primark.

Big investment has gone into a huge mall called West Quay, but that seems to have drained the life out of the rest of downtown – including East Street, which used to be (I’m told) a thriving little place full of eclectic, privately owned stores and cafes.

Winchester, on the other hand, looked in better shape. It is smaller and with a defined main street. And it is very well-heeled. Café society was in full flow and the many non-chain bars and shops were in business. Clearly, not everywhere can be Winchester, but if we could somehow stop the homogenisation of our towns and cities (and plenty of people have tried – and failed) and invest in creating pleasant place-memory conducive spaces, then all would surely benefit.

I see an irony in that Starbucks – an early and clever adopter of CX as premium generator – is now a big part of cookie-cutter towns.

So, come on Southampton city planners. Dig up East Street and put grass and trees there. Let’s make some place-memories! Tables and chairs. Formica ones! Rats! A tram turntable! The Pacific Ocean!

If we could do more to create place-memories across our towns and cities maybe, just maybe, COVID-19 could be the catalyst for positive change – a genuine silver lining to a dreadful cloud.

To get more insights from experts in the experience economy and members of our Founding Circle like Richard – and to be the first to know about our membership programme, events and more – sign up to the WXO community here.