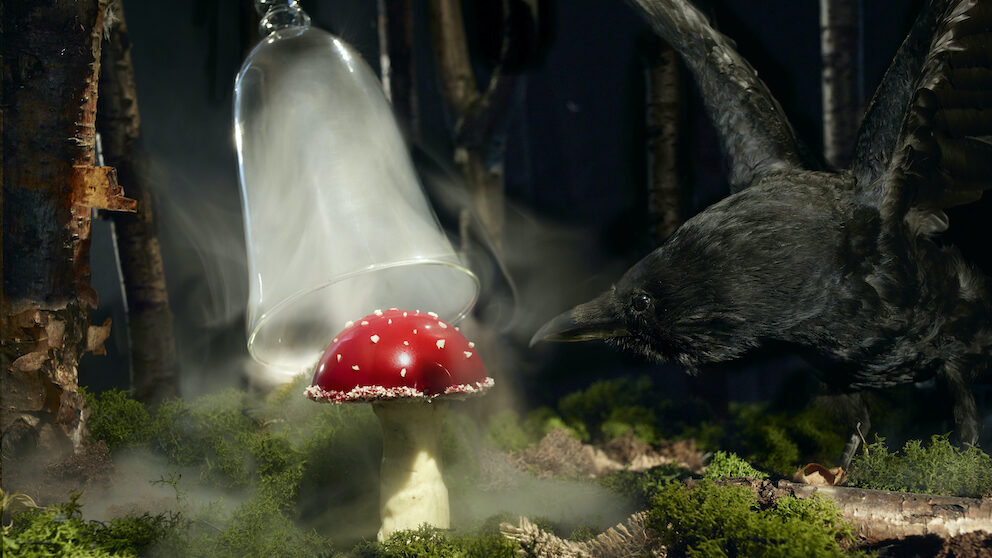 As if the comic-book pop-culture takeover wasn’t complete enough, news reaches us that a massive, multi-faceted restaurant inspired by all things Batman is set to open in London’s Soho later this year. The “first immersive DC-inspired gastronomic experience found anywhere in the world” – no kidding – will take up residence in the Art Deco building formerly home to Marco Pierre White’s Titanic restaurant and feature five restaurants and bar spaces inspired by characters and places in the Batman series — like The Penguin, Catwoman, Alfred Pennyworth (Batman’s butler), and a “villainous” late night bar named Old Gotham City. More proof that experiential dining is the Next Big Thing as people emerge from lockdown hungry for more than just food – and not only in famous metropolises like London, but as far afield as India.

What did we just tell you? As retail continues to adapt to our new post-pandemic reality – as well as managing the challenges already being posed by online shopping – retailers are turning to experiential dining and entertainment to entice shoppers back through their doors. Cue Legacy Entertainment, a leading theme park and resort design company, announcing the opening of three new “destination dining” experiences in Indonesia, China and Saudi Arabia. Each destination will also include immersive environments, live entertainment, and even some rides. And this might just be the beginning – check out Meow Wolf founder Vince Kadlubek on how the Experience Economy can save retail real estate here.

3. I Wish All Experiential Dining Could Be Disney…

Parents everywhere, rejoice/despair: the dulcet tones of Disney’s Frozen can now haunt not only your at-home mealtimes, but your vacations, too. Disney have announced that from summer 2022, fans will be able to be “part of the magic” in “Arendelle: A Frozen Dining Adventure” on board its Disney Cruise Line ship, Disney Wish. Alongside Norwegian-inspired cuisine, guests can expect enchanted castle ballroom decor, character interactions, Frozen table crafts and a group sing-a-long. Whether this sounds like your dream come true or makes you want to turn into ice, it’s further evidence that experiential travel is no longer a niche, but a cruise ship-sized industry.

IDEO experience designers Olivia Vagelos and Jenny Gottstein – who is one of the WXO’s Founding Members – are dab hands at creating transformational experiences for clients in industries spanning education, entertainment and healthcare. They’ve created a nifty workbook that you can use to plan your next experience. Their four key lessons?

We’ll let them explain the rest, but if you want more actionable tools to help you design better experiences, check out our previous Campfires, where the best of the Experience Economy put their considerable brains together to solve everything from retail to travel to storytelling.

Sick of gigs selling out before you manage to nab tickets? In the future, that might not be a problem. O2 and Universal Music UK recently teamed up to announce that London’s The O2 gig venue is now available to explore within the video game Fortnite. The week-long celebration of the venue included gameplay additions such as hidden rooms, backstage areas and the O2 Blueroom, where users could complete challenges to unlock exclusive in-game rewards. The week culminated with a virtual gig within the game by Leicester-based band easy life, who also recorded an exclusive in-game track that could be played after the gig by those who had attended. It looks like hybrid events aren’t going anywhere – so read Joe Pine’s piece on the 4 levels of hybrid experiences here to get ahead.

For over 80 years the Peabody Awards have been a coveted mark of excellence across the fields of television, radio, and digital media, putting the spotlight on “Stories That Matter”. So news that they’ve announced a significant expansion of their categories to include Digital and Interactive Storytelling, Gaming, Interactive Journalism, Virtual Reality, and more is something to pay attention to. When traditional media starts to recognise the impact of the Experience Economy, it makes it easier to sell the idea to cynics or those in control of the budget. Which we can all agree is no bad thing.

7. East Does Not Meet West: There’s More Than One Version of the Hero’s Journey

No filmmaker, author, or anyone who builds an immersive environment, would do so without considering their audience first. You’d never tell a story the same way in Southern California as you would in Shanghai. And how we tell stories will differ for audiences in different parts of the world – in Japan, for example, storytelling is often more open-ended. In this piece, experiential entertainment entrepreneur Louis Alfieri and narrative designer Amy Kole talk about the differences between Eastern and Western storytelling. We were lucky enough to have them both attend a recent Campfire, where Louis said:

Read more about Louis’s thoughts in the article – and stay posted for when our post drops on the ‘Sparks’ inspired by Klaus Paulsen’s Firestarter talk at Campfire 15.

Seen a piece of Experience Economy news we should report? Have news of your own you want to share? Let us know!

Comment hidden. Show this comment
[…] In last week’s Radar we told you about the new Batman-themed restaurant opening in London’s Brewer Street; now it appears it has an experientianl dining contender with the arrival of Top Hat, a Monopoly-themed restaurant launching in Tottenham Court Road to coincide with the life-sized, immersive version of the game (read all about this and other new immersive experiences in London here). […]
August 05, 2021 at 4:57pm
Yes No