Campfire 29: The Universal Ingredients Of Story 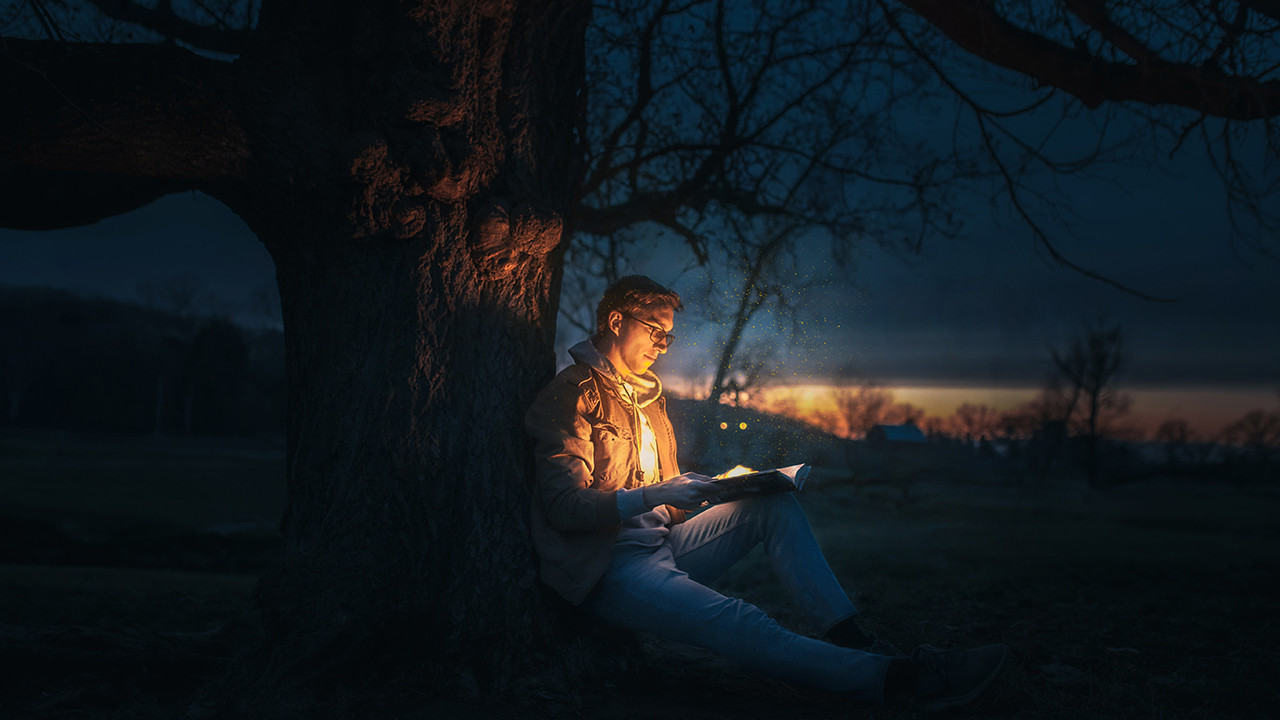 Is there such a thing as a universal story?

Something that transcends cultural barriers and speaks to what unites us as humans?

And if so, what are the essential ingredients that define it?

You might be familiar with Joseph Campbell’s Hero’s Journey archetype, and in recent Campfires we’ve discussed the cultural nuances of storytelling around the world. However, according to evolutionary and cognitive anthropologist Manvir Singh – a researcher at the Institute of Advanced Study, Toulouse who also received his PhD at Harvard – when we subscribe to these established forms, we might be missing the patterns that lie behind them.

Singh has written a paper that goes deeper than Campbell into the universal origins of stories, attempting to answer:

At The WXO, we believe that the better we understand story, the better placed we will be to create the kind of experiences that resonate at a deep level. So we asked Singh to give a Firestarter on his findings, so that we might use them to build even better experiences.

Singh’s work looks at the “strikingly similar” practices that human societies adopt to understand what the general processes are shaping culture, what forms they take, and why they recur. He splits these into four different areas:

2. Orphans, Ogres And Odysseus, Oh My!

To find the specific universals that occur within stories around the world, Singh quotes the work of Melanie Kimball in comparing 50 folktales that occur featuring orphans. These came from a geographically diverse sample including Chinese, Russian, Cambodian, Inuit and Cherokee stories, and all shared a similar checklist of traits:

Think of Odysseus battling the Cyclops, for example.

These aren’t the only narrative patterns that researchers have tried to establish, of course. There have been several famous studies that compared tales from different parts of the world, including:

4. The Primary Pattern = The Sympathetic Plot

By looking across all of this research, Singh has identified a single primary pattern that transcends place, time and culture: what he calls the sympathetic plot.

The primary features – common to all sympathetic tales – are as follows:

There are also secondary features that appear in many, but not all sympathetic tales:

If we look at point 7 on the list, for example, the number of folktales that feature orphans is astonishing: Jane Eyre, Luke Skywalker, Batman, David Copperfield, Simba, Nemo, Mowgli, Frodo Baggins, Captain America, Huckleberry Finn, Pippi Longstocking, Wolverine, James Bond… and so on.

And this isn’t restricted to Western tales – Singh found that the same can be said of stories in Nigeria, Myanmar, Indonesia, and many more besides.

5. The Sympathetic Plot: Technology For Entertainment

So why do we like the sympathetic plot so much? Put simply, it’s because it is a “technology for entertainment”.

“People selectively create, modify, and retain stories that attract attention and induce pleasure. We all tinker with stories. We present them to audiences. The ones that audiences like the most – the ones that we find the most entertaining – we retain, and over time we develop stories to be maximally appealing.”

Quoting Stephen Pinker, this is what Singh calls “the cheesecake hypothesis” – something that has evolved over time to tickle our pleasure centres.

6. Why Is The Sympathetic Plot So Entertaining?

When it comes to why humans find the sympathetic plot so entertaining, Singh has two main answers:

7. What Makes The Ideal Beneficiary?

When it comes to what makes a good beneficiary of our help, we want to help our kin – a good friend or our mother rather than a casual acquaintance, for example – and we also want to co-operate with people who will benefit us in return: a secure co-operative relationship.

(For more on this, see Nichola Raihani, the Professor of Evolution & Behaviour, Royal Society University Research Fellow at University College, and her new book The Social Instinct: How Cooperation Shaped The World.)

The ideal beneficiary should also have one (or both) of the following traits:

This is why Superman is such a successful protagonist. He’s an orphan with superpowers who saves cats, after all (see screenwriter Blake Snyder’s book Save the Cat!).

When we return to the primary and secondary features of the sympathetic plot, we can see which are designed to provoke sympathy and which joy.

When we put all this together, we come to the conclusion that:

“The sympathetic plot creates an ideal co-operative beneficiary who has a goal.”

Or according to the author Orson Scott Card:

“Here are the devices that will make an audience tend towards lasting sympathy with a character.

– Has a goal
– Appealing: courgeous, fair, physically attractive, clever but not erudite, etc
– Altruistic, but not meddling
– In distress, but not weak”

8. The Data Behind The Sympathetic Plot

To study what’s universal about story and what varies, Singh and his colleagues have been building a cross-cultural global database of story called Anansi.

They’ve started with an anthropological scheme that divides the world into 38 world regions: Scandinavia, Micronesia, Polynesia, South America, and so on. They then selected two indigenous cultures from every region and pseudo randomly collected 20 stories from each, producing a sample of more than 1,500 stories. For each story, they are manually coding a set of 21 story-level variables – for example, is this funny? Does it have a happy ending? Is good behaviour punished?

There is also character-level coding. The database has about 8,000 characters, with 64 character-level variables covering their traits and narrative arcs – how does this character start? How do they finish? How wealthy are they? What is their physical condition? How does that vary over the course of the story?

While the data is still being parsed and the database is a work in progress, some of the preliminary findings show that across cultures, stories tend to be enjoyable, feature good characters being rewarded and bad characters being punished, and frequently feature happy endings.

They also analysed the data to see if there was an underlying structure, identifying three elements:

We then asked our Campfire to think about how the primary and secondary features of the sympathetic plot provoke either sympathy or joy, and how this might apply to their own experiences.

Immersive adventures designer Maël Magat had an interesting theory that came up when discussing his forthcoming project The Dream Closet. Could the elements of an experience that provoke joy be more closely tied to the rewards of gaming, and the elements that provoke sympathy be more recognisable in immersive theatre, where the audience is at the centre of the plot?

Magat also recognised the orphan trope firsthand from his own LARPing experiences:

“50% of our players wrote their own background, and 50% of them wrote themselves as orphans. So perhaps you just need to tell someone entering an experience that they’re an orphan, and they will fill in the rest?”

As we discovered in Campfire 20: The Sparks, this puts us back in the role of improv actors. As Singh wondered:

“Could you give someone a cue that creates the story when they walk in? It’s the depth of winter, and you’re on your first hunt…”

Is The Hero’s Journey Just One Flavour Of Cheesecake?

Singh mentioned that while the team at Anansi were still looking into cultural diversity, they had noticed the prevalence of the hero story in European tales.

“Europe has a lot of hero stories. There are intriguing ways in which contemporary Western stories are quite different and unique in their structural features from any of the stories that we’ve seen before.”

In the case of Hollywood, does this mean that Star Wars destroyed the movie business, as it gave us too much of an appetite for a certain kind of story? As WXO CEO James Wallman reflected:

“Star Wars defined what a story should be. But maybe there are other stories that might free us to think about the experiences that we create. If the shape of stories evolved over time to attract people as a technology for entertainment, and if we understand that the technology we’re all using – The Hero’s Journey – is a very limiting technology, it explains why although we should have as many tools as possible to create experiences, if all you have is a hammer, you’re going to keep on hammering.”

Can Distress Actually Be A Good Thing?

If overcoming obstacles is one of the universal ingredients of story, does this mean that we should invariably build an element of stress – or distress – into our experiences?

“The last thing I want to do is put anybody in distress, but at the same time, if I want to help someone sort of overcome certain obstacles, how can we tap into that motivator?”

Screenwriter Frances Viera Blanc pointed out how important the notion of conflict is when building sympathy for your characters.

“One of the big things that you’re taught as a screenwriter or filmmaker is that adding the smallest detail of conflict is really important to get your your audience to sympathize with your hero. So what kind of little details can you add that deepen that relationship? We clearly don’t want to distress the client, but at the same time, distress helps motivate a level of implication.”

This is why gamification is so great – and is on the rise across sectors.

“The rise in popularity of gamification is because it appeals to human nature: that desire to overcome obstacles, accomplish, and reap rewards in the face of challenges and stressors.”

In A Sustainable Business, Who’s The Hero?

In Campfire 28: How Story Drives Business, we discussed whether you could ever flip the received wisdom that your customer must be your hero.

For Kevin Dulle, the distinction comes down to whether your business is “sensational” – i.e. a time-limited event, such as an escape room – or “sustainable” – i.e. a long-term consumer relatioship, such as a bank.

So the challenge is, how do we adapt all this to a sustainable business? Banking must be the hardest industry to make experiential. In some situations where the brand can be the hero, that’s really when the customer becomes passive. But if you want the customer to be active, they have to be the hero.”

Interested in taking part in discussions about experiences and the Experience Economy? Apply to become a member of the WXO here – to come to Campfires, become a better experience designer, and be listed in the WXO Black Book.

Comment hidden. Show this comment
[…] To connect with ordinary people, heroes need to be one thing: empathetic. (There’s an obvious link here to social anthropologist Manvir Singh’s work on the universal “sympathetic plot” that appeals to human nature, as explored in Campfire 29: The Universal Ingredients Of Story.) […]
December 21, 2021 at 2:53pm
Yes No