Campfire 50: How To Design The Best Ending Ever 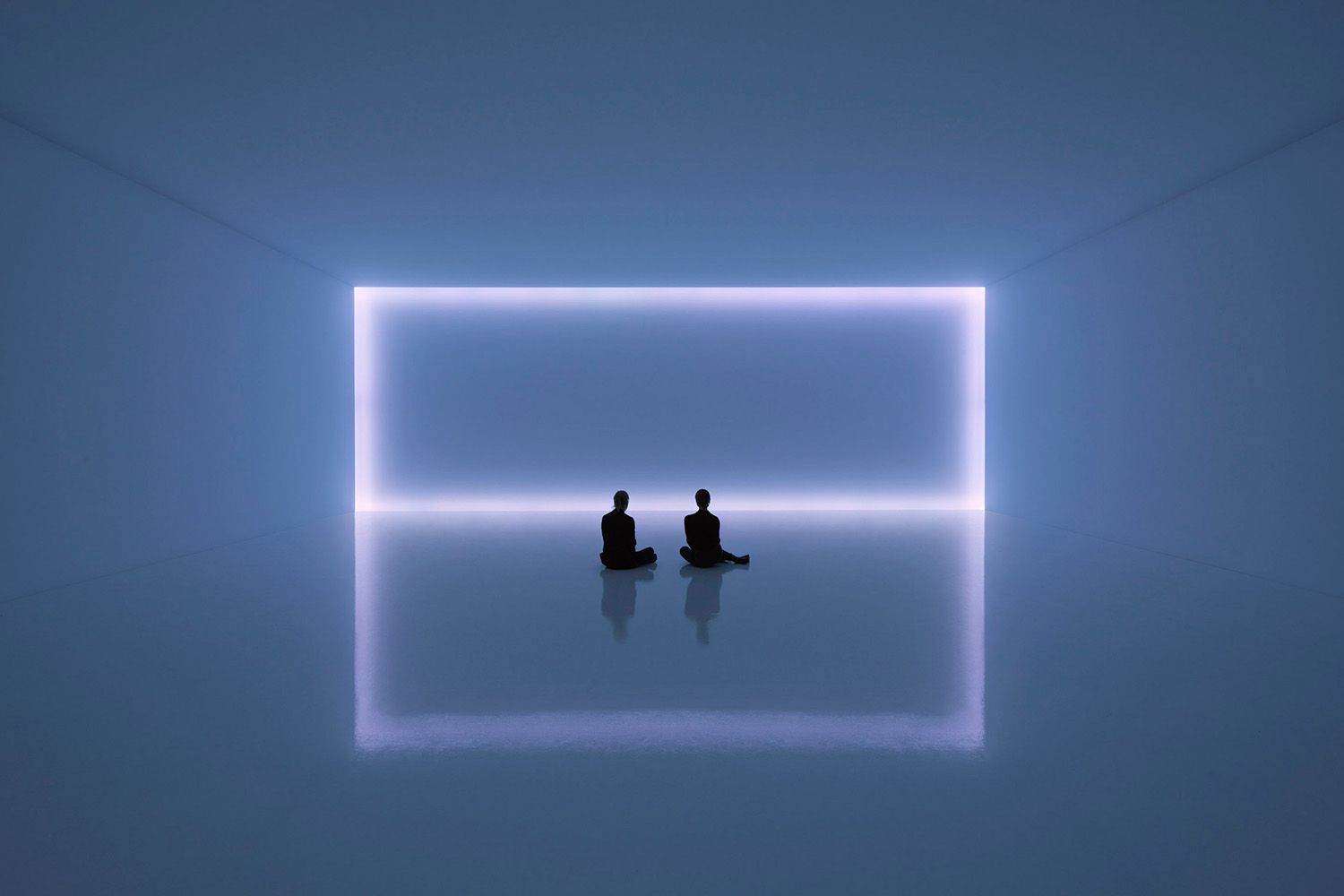 At our very first Campfire, we heard that:

“The best ending reminds you of who you were at the beginning.”

If we’ve learned anything about endings so far, it’s that:

It’s much easier to onboard someone to your experience than it is to offboard them, as you have far less control at the end stage. Take employee experience, for example.

“So much of it is navigated by the relationship of that person with their manager and their work. I try to design the way people should feel about their exit into the onboarding and throughout the journey, because there’s so much at the very end that I really don’t have control over.”

As the BEE Rules make clear, endings are critical for how we recall things.

In short: endings are risky, but they’re also crucial. And just because the outcomes of an experience might be uncertain and difficult to predict, it doesn’t mean we should neglect them.

As Bob Rossman said in Campfire 6: The Incredible Risks That Experience Designers Take:

“I think of experience design as a probability estimate of what you think is going to happen. You’ll achieve some of the outcomes you intended, but you can also have collateral outcomes – and to my surprise, these are sometimes better than those I intended.”

So how can we allow for uncertainty and unpredictability, while still designing to allow the best possible outcomes to our experiences?

Maybe the answer is to embrace these contradictions, accept that endings are also beginnings, and to be unafraid to experiment with opposites.

So from the warm and fuzzy to the downright confrontational, here are seven of them to consider when designing your next experience. Which one (or more) will you pick…?

1. The Ending That’s A Safe Landing

We often think that an ending should be a big, dramatic climax.

But in the same way that Annette Mees talked about the “tiny steps to immersion” in Campfire 12: Taking The Stairs Versus Crossing The Threshold, perhaps we also need to provide a bridge back to reality that allows audiences space for rest, reflection and resetting.

“Depending on tone, having a place to reflect on the emotional denouement is important.”

“You should provide a place to rest rather than asking people to leave.”

“It’s important to have an encore, as it’s a buffer zone to understand what’s just happened. You want that mic-drop moment; but you also need the moment of meditation before you return.”

Lina Edris talked of a closing meditation with crystal balls at the recent World Happiness Summit, which marked a moment of closure before returning to normal life. And Pigalle Tavakkoli was reminded of Burning Man:

“The dramatic climax is on Saturday when the man structure is burnt and everyone goes crazy. Then on Sunday the temple structure is burnt, which has a completely different atmosphere. It becomes a space for reflection, quiet, and peacefulness.”

This space for reflection is crucial not only because it allows you to reset, but because it gives you time to prepare the story you’ll tell other people.

“A period of reflection makes the experience stay with you longer, but also gives you the words to express and share it with other people.”

Chantal van Kempen runs experiences for school-age children where the ending usually takes place on the bus. She wondered whether this usually dead time could be used as a period for reflection, with conversation prompts from a person, a set of cards, or as per Livneh’s suggestion, asking them to leave a note for the next person to sit on the bus about what they’d learned from the experience.

2. The Ending That’s A Crash Landing

Maybe an ending doesn’t have to make you feel comfortable to be effective, however. Something that surprises, shocks or perhaps even annoys you can also whip audiences into an emotional frenzy and stick in their minds.

Stefan Weil had two such examples of endings that he’d experienced.

The screeching halt: a haunted house experience in Thailand where you’re chased by actors playing zombies and attacking you with chainsaws. You run from room to room in terror, until you’re led to a final room where you blindly run through the door – and find yourself in the middle of a normal restaurant, shocked to suddenly be in a place of safety.

The 8x encore: in opposition to Livneh’s idea of an encore as a buffer zone, Weil recalled seeing Jay-Z and Kanye West play the same song eight times in a row as an encore, creating a frenetic atmosphere (although we suspect this is the sort of trick you could only pull once!).

3. The Ending That Reminds You Who You Were

Way back in Campfire 1: We Began With Endineering, Rossman introduced the concept of the “memory anchor”: an unforgettable experience that is most powerful at the end, often represented through an item or totem.

Having these kinds of anchors can help to create community, as well as keeping the experience alive. Kenan Olovic relocates his team to a new city for a month each year. When they return home, he distributes custom stickers representing the memories they created while away.

“People love having an ‘inspiration sheet’ that reminds them of the fun experiences they’ve had.”

Even the smallest gesture can transform an everyday experience from the mundane into the magical. Tsygankov upgraded the experience of shopping in his retail stores by turning a receipt into a memory anchor.

“We don’t consider the receipt for your purchase to be the ending of your journey: that happens when you consume what you bought. But we started printing Chinese fortunes onto our receipts so that customers could map them to their lives and share them. In an experience as simple as going to the supermarket, it makes people return to you so they can keep getting this small piece of magic.”

4. The Ending That Reveals Who You Could Become

Although endings are about looking back on what we’ve experienced, they’re also an opportunity to look forward to the kind of experiences we want to have in the future – and the kind of person we want to become.

Doug Steel thought that the concept of agency is central to an effective ending.

“When you have a compelling experience, you give agency over to that entity. An appealing ending is where agency is given back to you – where you’re given an action that enables you to become an agent of change and improve a future outcome.”

This might mean ending a talk on climate change by giving the audience a series of actions they can take with them to tackle the problems faced. In Steel’s work with the elderly, it’s finding ways to return the sense of agency they might have lost.

And in an experience designed by Tavakkoli, she asked people to write a letter with their intentions for the future and then posted it back to them a few weeks later as a reminder of what they had promised to become.

5. The Ending That’s An Invitation To Return

Much like the Hero’s Journey, an experience doesn’t only deliver us back where we started, transformed – it sets us up for the next transformation. An ending therefore isn’t an end, but a stop along this wheel.

“Rather than thinking of endings in a linear line, we can think of endings as a point in a virtuous cycle. After the experience people continue to feel emotions, talk about it with their friends and have memories, which encourages them to go back again and start the cycle again.”

While working on exhibitions for brands or museums, Weil has identified two main strategies for ending the experience:

The former is a full-stop; the latter is a semi-colon. When something changes or is unresolved, people want to return to experience the next chapter.

6. The Ending That Provides Closure

Although open-endedness is a powerful tool in encouraging repeat visits, there’s also catharsis in resolution. Throughout history, different cultures and religions have used ritual and ceremony to bring people together, reinforce lessons learned and outline the path forward.

“An opening ceremony gathers everyone together and sets the tone before everyone scatters. A closing ceremony reunites people to reflect and sets a new intention for what they’ll take through into the future.”

As well as reminding us of the “ritual chain” introduced in Campfires 45 & 46: The 4-Step Plan To Transform Spectators Into Superfans, this also takes us back to Claus Raasted’s point in Campfire 1 that you should always link back to where you started, preferably by doing something collective, physical and communal that allows for the group release of emotion.

7. The Ending That Isn’t An Ending

Part of the challenge of designing an ending is that people don’t define them the same way.

“Endings can have different definitions for different people. At Coachella, for some people the ending is the fireworks – and for others it’s when they pack up their tent. The definition of that ending is very difficult to control.”

Whereas in a linear experience, like a movie or book, you have a greater degree of control over the ending, in a non-linear setting, like a theme park, you’re engaging in an ongoing story without a clear end.

“The audience is merged into an existing story and encouraged to create their own story, so you have multiple endings. You can create satisfying moments within that journey that feel like endings at certain points, but you also need to infuse enough story that people are compelled to return.”

In immersive theatre there might be certain climactic moments that feel like endings – but these live alongside the ongoing story that audiences define for themselves.

When designing Hamlet Live, for example, Jane Nielsen already had the perfect end scene to the play in which they didn’t let audiences engage – but visitors still carried on roaming the castle and creating their own stories after this “end” point had occurred.

“Instead of endings we created ‘slow downs’ where we controlled the tempo, allowing people to choose when to pause or conclude.”

(For more on creating several exit points to an experience, read Sophie Shaw on How To Navigate “The Crack Of Doubt” In Museums, inspired by Joe Macleod’s Campfires 33 & 34: The Ultimate Introduction To Endineering.)

And if we want to create truly transformational experiences, we should think of them in the wider context of the story of the audience’s lives. The ending isn’t really an ending – it’s part of an ongoing narrative.

“The superpower of immersive is that it isn’t about an ending so much as chapter beats. Experiential is a way of infusing ourselves into the day-to-day story of your life that makes it less of an ending and more of a demarcation of one event to the next. We don’t need beginning, middle and end: we need opportunities for experience.”

Endings are possibly the hardest part of an experience to control. For designers, this makes them scary and means that they’re often neglected.

However, this lack of control actually gives us an opportunity to experiment with different types of endings – or even combine them.

Why should you choose between a huge, fireworks-and-festivities climax and a phased series of steps back to reality? Shouldn’t a good experience make room for both? And if an experience is a subjective cycle or a non-linear story, does it even make sense to try and impose an objective, final ending?

So next time you’re designing an experience and thinking about endings, consider: