Experience Radar 40: Netflix To Create Its Own Star Wars And AR Glasses Get Chic 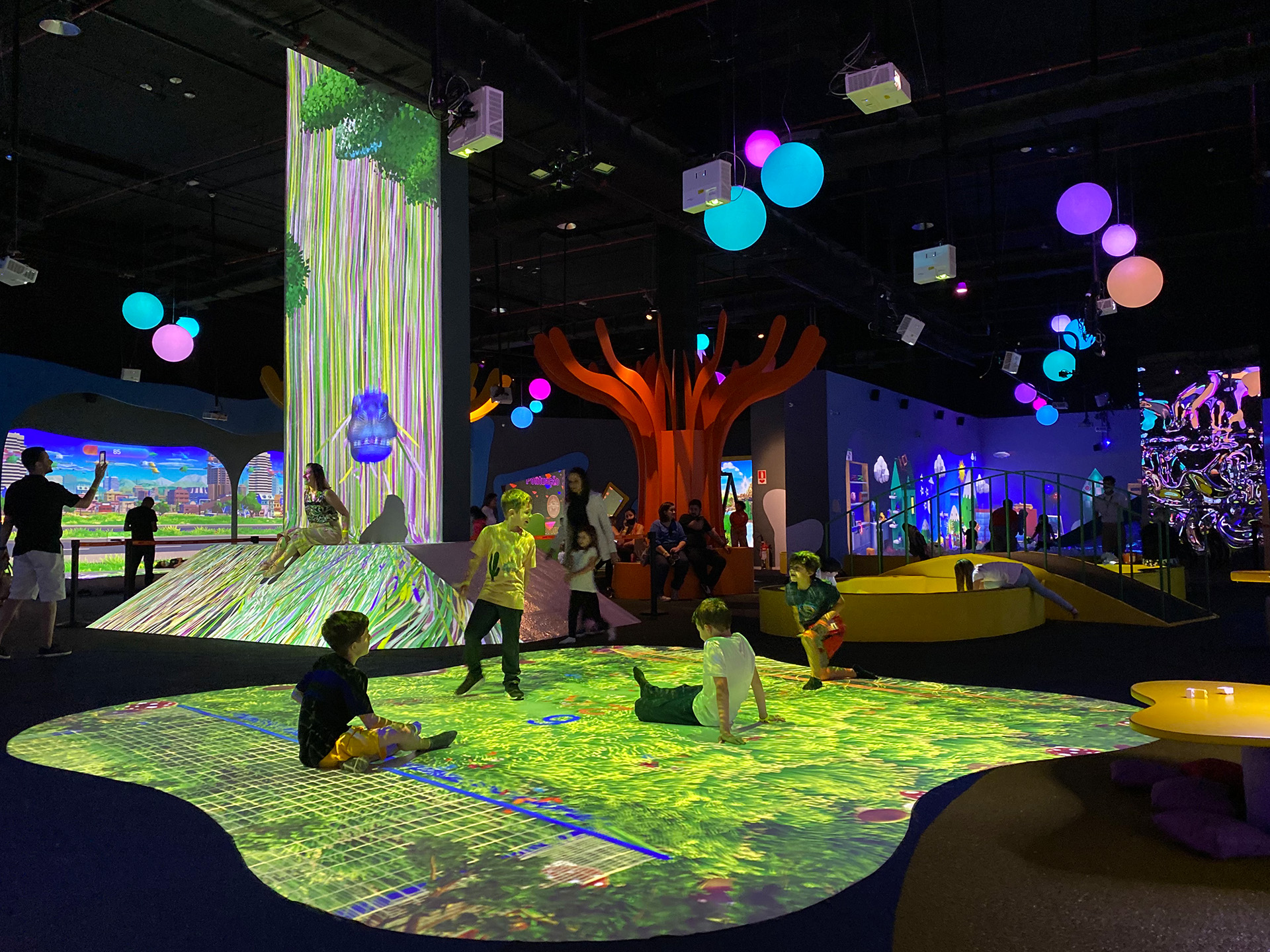 Welcome to Experience Radar 40, where we’re creating customised meta humans with Epic Games, exploring what the world’s biggest digital theme park has to offer, and enjoying lashings of cake with Marie-Antoinette at Versailles.

1. Netflix To Create Its Own Star Wars

With its share prices sinking and subscriber numbers down, streaming giant Netflix is hungry to create its own version of Star Wars, Harry Potter and Mickey Mouse by building brands that traverse film, TV, games and products. As reported by Reuters, the $82 billion firm is keen to milk more from its biggest hits by creating universes and characters they can return to. “We want to have our version of Star Wars and we’re working hard to build that. But those are not built overnight,” Neflix vice president, Matthew Thunell, told Reuters.

The company is looking to sci-fi drama Stranger Things for its franchise model, which has inspired everything from a Surfer Boy frozen pizza at Walmart and Magic 8 Ball toys from Hasbro to immersive experiences around the globe. Keen to emulate its success, Netflix plans to give future series and films the Stranger Things treatment, including prequels to Bridgerton and The Witcher. Netflix has hired in-house book scouts to find works to adapt rather than waiting for the agents to approach them. The key to the success of these franchises lies in keeping fans engaged within these worlds and their characters for years to come.

2. Are You Ready For Meta Humans?

Web3 has given rise to digital pets and the next frontier, it seems, is digital humans. After decades of development, Epic Games has added a new MetaHuman plugin for Unreal Engine, which allows you to create photorealistic digital humans from scratch. As reported by Broadcast, the first major feature of the tech is Mesh To MetaHuman, which allows users to take their own custom facial mesh, created using scanning, sculpting, or traditional modelling tools, and convert it into a fully rigged and ready to animate MetaHuman in minutes.

Deriving its data from real-world scans, once designed characters can be refined using the MetaHuman Creator tool, a cloud-based app where you can create characters from an array of facial features, skin complexions, hair and eye colours, alongside a large selection of clothing types. When you’re happy with your MetaHuman, you can download it via the Quixel Bridge app, which is integrated into Unreal Engine 5. The digital humans can run in real time on high-end PCs with RTX graphics cards. Will they be stealing our jobs next?

3. A Call To Nurture Curiosity

Illustrating the connective power of a good, old-fashioned phone call is ‘this’, which bills itself as “an exploration of placefulness, an invitation to locate ourselves, a wandering together toward ease”. No Proscenium’s arts editor and WXO Founding Member Laura Hess recently took part in the experience to find out what the fuss was all about. “Phone-centric productions offer a particular magic; they can create an expansive, almost limitless space for imagination while fostering intimate connection,” she writes. The hour-long phone call can take place in whatever setting you choose – the organisers recommend a place “that feels alive to you.”

For Hess, the interaction between herself and Edward – the performer – took a while to settle into, but was worth persevering with. “I leaned into his energy, released my prior anticipations, and found myself sitting in curiosity,” she says, describing the experience as “an invitation to locate ourselves through the delicious thrum of curiosity”. While a premium is place on intense emotional states like wonder and joy, curiosity often gets overlooked, much to our detriment. “Saturated and participatory curiosity extends that sparkly tension between the not knowing and the desire to know. It inhabits the pressurized intersection of relaxation and excitement; it’s both quiet and noisy,” says Hess.

(Interested in hearing more on using audio immersive experiences to provoke curiosity and connection? Make sure you’re signed up for the next season of WXO Campfires, where we’ll have a Firestarter featuring Hess on this exact topic.)

While we’re all excited by the power and potential of smart glasses, we’d love to look fashion forward while wearing them. Enter the Microsoft Holo Glasses, which are as chic as Google’s glasses were geeky. As reported by Yanko Design, they’re styled to look like a trendy pair of specs, scaling down Microsoft’s existing Hololens 2 technology into a slim wearable that fits comfortably on your face. They even come with snap-on frames that allow you to switch up the shape and colour with ease.

Proving that cutting-edge tech and high fashion aren’t mutually exclusive, the Holo Glasses are a consumer-friendly solution to AR wearables. Working in the same way as the Hololens, the specs boast cameras and sensors that help with object and spatial tracking and lenses that reflect images into the retina. They can be operated by voice or buttons and touch-sensitive surfaces on the temple stems. Crucially, the glasses let you see what’s in front of you, giving you a mixed reality experience that only a handful of companies have been able to deliver on so far.

Parents with restless kids listen up – the world’s biggest digital theme park for children has just opened in São Paulo. As reported by BlooLoop, the project is the brainchild of immersive theme park chain Hello Park and the StarParks division of Brazilian giant GSJ Group. São Paulo Park covers an area of 1,500 square meters of interactive space, including 20 immersive zones. The park features games that develop reactions, agility, and coordination; those that promote creativity and develop motor skills, and others that develop logic, attention and communication skills.

Bringing together high-quality graphics, motion sensors and classic game mechanics, the park lets guests experience the world of mixed reality, meaning they can travel through different realms like the ocean, outer space and the jungle. Over 100 projectors, 20 multimedia servers, multiple depth cameras, motion sensors, and the company’s own software were used to create the park, which boasts a six-metre projection waterfall. Visitors are assigned a digital avatar that accompanies them through the park via personal RFID wristbands.

6. Let Them Eat Cake With Marie-Antoinette

If you love Sofia Coppola’s reimaging of the ill-fated last queen of France and fancy experiencing what life was like in her lavish court, then Secret Journeys’ new Versailles Royal Tea with Marie-Antoinette might be your cup of tea. Created in collaboration with Frances Vieras Blanc, co-founder of Eat The Cake Studio, the intimate theatrical experience offers guests a glimpse into the private world of Marie-Antoinette. On arrival visitors are greeted by the queen’s favourite, Duchess of Polignac, who will impart her wisdom on court etiquette.

If you cut the mustard as a courtier, then you’ll be granted a private audience with Marie-Antoinette at the Grand Contrôle Hotel inside Versailles, and will spend the afternoon feasting on mararons, sipping Champagne and indulging in salacious courtly gossip. If you want to stay in her good books, let her win any parlour games you play, and don’t ask her anything too probing, or you might risk being exiled from Versailles. “After three years of bringing to life Marie-Antoinette and her court, we’re grateful to see it continue to grow, enthral and entertain,” Vieras Blanc said of the latest experience from the Versailles Imagined universe.

(Want to know more about what goes into creating Eat The Cake Studio’s private theatrical experiences? Check out this Case Study of their first collaboration with Secret Journeys that took place atop the Arc de Triomphe.)

7. The Importance Of Portals In The Metaverse

From the rabbit hole in Alice in Wonderland to the wardrobe in Narnia, don’t underestimate the humble portal, which, according to a recent Guardian article, will be to the 21st century what cars were to the previous century. Multidisciplinary design duo Space Popular has created The Portal Galleries exhibition at the treasure trove that is Sir John Soane’s Museum in London, which invites visitors to “experience the magic and mechanics of virtual travel” across time, space and realms. The show pays homage to the portal; described as “a door or threshold that grants entrance into another environment”.

The multidimensional journey is the brainchild of designers Lara Lesmes and Fredrik Hellberg, and explores the role of the portal through time via VR films and physical exhibits, alongside drawings from the museum’s collection. The exhibition charts the role of magical thresholds in fiction, film, TV and gaming, and speculates on the role they will play in the virtual world. “Portals are going to be everywhere. We’re convinced they will be the main infrastructure of the rest of this century, just as ubiquitous as the car was to the last,” Hellberg told the Guardian. “The way in which portals operate will define the fairness of virtual environments and infrastructure.”