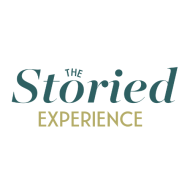 Samantha Hardcastle is the Founder and Creative Director of The Storied Experience, which supports visionary hospitality, travel & leisure hosts in creating enriching experiences at the crossroads of culture and wellbeing.

Her visit to Meow Wolf Omega Mart, crossed with her recent reading of Paul Zak’s Immersion and attending his Campfire 79: The Science Of Extraordinary Experiences, got her thinking: is story essential for immersive experiences?

“You didn’t get the story?”

Cue confusion, FOMO, disappointment. What?? There was no story!

Actually, there was, but I didn’t know it.

After wandering through Meow Wolf Omega Mart for an hour with an equally confused friend, I reunited with a few more friends in the middle of some alien world. Well, maybe it was an alien world, as that’s what I was told by my story-informed friends.

Earlier in the day, I had sat in on a very inspiring talk by Vince Kadlubek, creator of Meow Wolf, an immersive art experience in several locations across the US. He used all my favorite words: empowerment, exploration, discovery, transformation. I could tell he knew what he was talking about.

“This guy gets it” I thought to myself, as I nodded my head along in agreement. I knew Meow Wolf is loved by many, and had to see what all the fuss was about. I went later that evening with a few friends.

It was colorful, vibrant, and a bit curious. But for me, it wasn’t immersive, empowering, or transformational.

The Storied Experience isn’t named The Storied Experience for nothing. I know the immense potential of stories, and now I have seen first-hand the power of it. Because my friends who knew about and purchased (yes, purchased) the $3 story card could NOT stop raving about their experience. “We could have spent hours more in there,” they said. They all said they wanted to go back! Me? I was good.

To me, this is the biggest testament to the power of explicit story in an experience. Because as I was making my way through Omega Mart, I could see the bits and pieces of narrative scattered throughout.

Our brains are meaning-making machines, always trying to string together some sort of story about what is happening. We know that one image or a series of symbols can implicitly tell a story. But what fun is a puzzle if you only receive a quarter of the pieces? Is it even worth playing?

After speaking with someone who had a hand in creating a Meow Wolf experience in Denver, I learned that at some point in the beginning I should have been given the option to purchase the card for the story. And I would have, if I had known, although I would have rather it just been built into the price and given the card at entry. But here-in lies the question and the point of this article: without the story, is it possible to really call something immersive?

Lucky me, that is exactly what my book on the plane ride home addressed.

“A narrative arc is the most effective way to sustain Immersion. This story structure, first articulated in Aristotle’s Poetics 2,300 years ago, starts with a mystery, builds tension with conflict, reaches a crisis, and then resolves it. A narrative arc immerses the lazy human brain in an unfolding human drama… being part of a story creates a significant imprint on the brain, and if the story is structured well, it can be highly immersive.”

While I have come to the conclusion that explicit story is essential for immersion from a very unscientific place, Paul Zak has done countless studies to come to this conclusion. So, if you don’t trust my five-person unintentional experiment, trust his decades of scientific research.

In his book, Paul shares the different impact implicit vs. explicit story details have on people. Paul’s team compared two stories of a young boy who was dying of cancer. In one story, the narrative is very clear. The audience knows Ben is dying.

In the other story, there is no mention of death, but Ben is bald, and his father calls him “miracle boy”. Of course, we can put two and two together and determine that the boy has cancer. But we don’t know why we are watching Ben and his father, and we are unsure what we are supposed to learn.

Most importantly, people who watched the video with the implied story details began tuning out midway through. Their attention shifted from the story to scanning the room and thinking about running errands. Measures of physiologic arousal waned, and these participants did not offer much in the way of donations to charity. In fact, nearly all of the study participants who donated (took action) were exposed to the emotional narrative.

So, what do I want you to take away from this?

I know story can be a big buzzword these days, but it really is powerful, and is essential for immersion. We care about immersion because immersion leads to action, a sense of flourishing, and even improvements in our long-term quality of life.

Join the conversation over on My WXO and tell us your thoughts.

To get more insights from experts in the Experience Economy – and to be the first to know about our membership programme, events and more – apply to join the WXO community now.