Experience Radar 42: The Rumble In The Jungle Gets A Reboot And Horizon Worlds Expands Its Reach 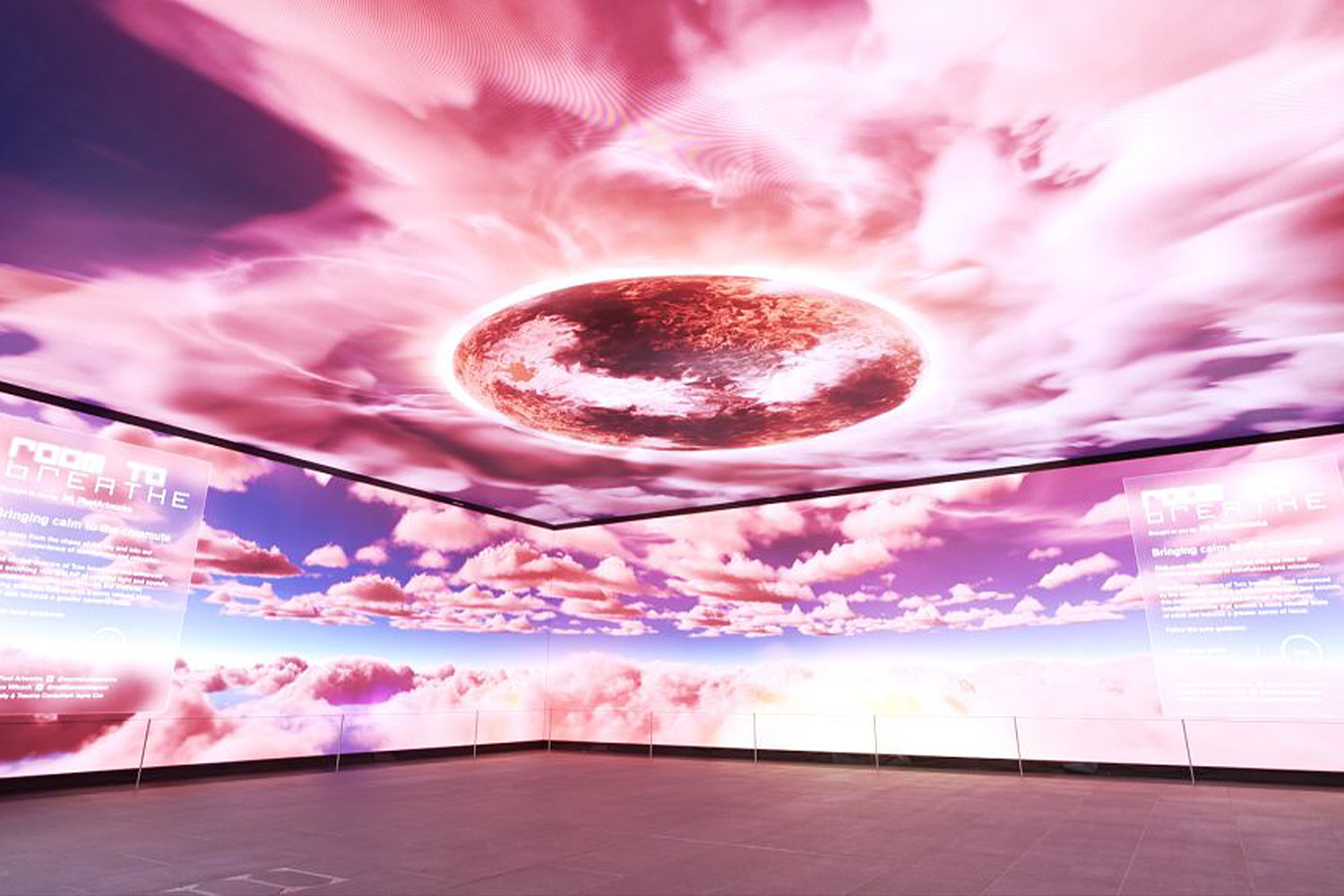 Having already blazed a trail in the US, UK and Canada, Meta’s social platform for virtual reality, Horizon Worlds, has launched in France and Spain. As reported by Tech Crunch, Meta’s founder, Mark Zuckerberg, is keen to expand the platform’s reach around the globe. Meta launched Horizon Worlds for 18+ users in the US and Canada last year, and made the tech available to UK users in June. In a bid to broaden its audience, the firm is working on a web version of Horizon Worlds that will allow people to experience virtual worlds without a VR headset.

Meta has added controls for voice chat and four-foot personal boundaries around avatars in the Horizon Worlds platform after concerns over the safety of users were raised. Zuckerberg is banking heavily on the metaverse, and believes that down the line people will spend as much time socialising in virtual spaces as they do in real life. Despite the firm experiencing its first-ever quarterly revenue decline in Q2 2022, Zuckerberg remains bullish about his metaverse strategy, reporting that the Horizon Worlds app already has over 300,000 monthly users.

2. Relive The Rumble In The Jungle

If you were too young to have tuned into Muhammad Ali and George Foreman’s iconic Rumble in the Jungle clash in 1974 – or weren’t even born – fear not, as the epic boxing match is being brought back to life as an immersive experience. As reported by What’s On Stage, Rumble in the Jungle Rematch will transport audiences back to 1974 Zaire, combining theatre, sport and tech to evoke the sights, sounds and smells of the capital Kinshasa. The Zaire 74 music festival, featuring heavyweights like James Brown and BB King, will also be reimagined.

Due to launch in early 2023, the production is being staged by start-up Rematch, in partnership with Muhammad Ali Enterprises, following on from its inaugural sporting clash revival, Wimbledon Rematch 1980, which saw John McEnroe and Björn Borg fight it out on centre court. The venture is being backed by private investors, including Immersive Everywhere. ”Sport has the power to inspire and unite people from all over the world. Muhammad Ali transcends national and cultural boundaries, which is why we’re thrilled to be reimagining one of the greatest moments in sporting history,” said Rematch’s Richard Ayers.

3. Apple’s MR Headset Is a Game-Changer

Apple’s long-awaited mixed reality (MR) headset is due to launch in January, and famed Apple analyst Ming-Chi Kuo is predicting the device to be the firm’s most revolutionary since the iPhone. As reported by BGR, Kuo believes Apple will focus on the three critical aspects of the AR/MR headset in order to win over sceptics: the overall hardware specs, the software/services and development ecosystem, and the user experience. Set to cost between $2,000 and $2,500, Kuo predicts that Apple will ship up to 1.5 million headsets in its first year.

The steep price of the device may prove a barrier to its success, but Kuo is backing the tech, which he thinks will be here to stay, given that its eye-tracking technology is more sophisticated than anything offered by comparable devices, offering users unique innovative experiences that were previously unimaginable. He also flagged up the headset’s displays, processors, optical cameras and flex boards as attractive selling points. Kuo predicts that the first-gen model will focus on proving that there’s a market for the device, with prices dropping and shipments rising as demand grows.

4. Londoners Take Time Out To Breathe

A new immersive experience to help anxious commuters relax has opened in central London. As reported by SW Londoner, ‘Room to Breathe’ is a mindfulness experience designed by Pixel Artworks. Located in Outernet London, an immersive entertainment district outside Tottenham Court Road station, the soothing sensory experience is based on the science of ‘box-breathing’ and has been developed in conjunction with leading UK trauma and anxiety consultant Jayne Cox to help anxious commuters unwind and catch their breath.

“Anxiety and stress can change the way we breathe, with our breath becoming rapid and shallow, resulting in heightened anxiety. Learning and regularly implementing a simple breathing technique reduces anxiety by helping us have more control over our breath. These techniques can support us anywhere, whether we are on the move or at home,” Cox said. Original music written by Matthew Wilcock will accompany relaxing vistas of rolling clouds and calm skies, which expand and contract like a rib cage breathing in and out. The music guides commuters to breathe purposefully using a four-second technique.

Back in April we reported that Tequila behemoth Jose Cuervo was due to open the metaverse’s first distillery inside 3D virtual world Decentraland this summer. Four months on, the distillery’s virtual doors are now open and the shots are in full flow. On arrival, visitors will venture through a virtual agave field and will be tasked with watering the plants to help them grow, and harvesting the piñas to create their own virtual cocktail. While sipping their crafty creations, visitors can enjoy a game of piña volleyball and weave their way through the barrel maze before kicking back with their new virtual buddies at the Familia Bar.

Serving as a social hub for adults, the distillery is a permanent fixture in the metaverse, and is set to host virtual experiences and Tequila education courses. The brand collaborated with agency partners Ache and Tangible to bring its vision to life. Food and drink experience designers Bompas & Parr created the aesthetic and consumer experience in the distillery, while M2 Studio built the virtual space in Decentraland. Those who complete the distillery experience will be gifted a digital wearable for their avatar – a Cuervo agave hat inspired by the spiky blue plants in Cuervo’s agave fields that form the base of the Tequila.

Having previously been the preserve of sweaty teenage bedrooms, video games are breaking free of their shackles and are being turned into location-based experiences as big players like Nintendo and Ubisoft seek to enjoy a slice of Experience Economy magic. As reported by BlooLoop, game developers like Nintendo, Crystal Dynamics and Square Enix have launched physical attractions based on their greatest hits, while Capcom and Thatgamecompany have opted for virtual museum and theme park-style experiences. From Ubisoft escape rooms to a Resident Evil museum, there’s a lot on offer in the way of gaming LBEs.

Super Nintendo World at Universal Studios Japan is soon to launch a Donkey Kong-themed area complete with a roller coaster and themed retail. In the US, Hollywood will soon get its own Super Nintendo World boasting a Mario Kart: Bowser’s Challenge ride based on the popular Nintendo game. Visitors to the theme park can collect coins to heighten the feeling that they’re living inside a life-sized video game. “By bringing Nintendo IP to new areas, we can generate touch points with consumers who have stopped playing Nintendo games, as well as with those who first encounter Nintendo IP in a context outside of games,” said Nintendo’s president, Shuntaro Furukawa.

Experiential media and immersive tech company Cosm is to open its first public venue in Hollywood Park. As reported by Variety, the location will be the first venue of its kind to utilise Cosm’s domed and compound curved LED tech. Forming part of Hollywood Park’s retail district, the venue will showcase a 26.6-metre diameter LED dome in a 65,000-square foot facility that can hold up to 1,700 guests. Programming at the venue will include live sports and entertainment, experiential events, and immersive art and music.

Designed by HKS, construction is due to begin on the site this autumn. “We look forward to Hollywood Park being the home of Cosm’s first venue. Their modern venue design and immersive LED technology will create a one-of-a-kind entertainment offering for our guests and our community,” Jason Gannon, managing director of Hollywood Park, told Variety. “We’re redefining the way the world experiences content and up-levelling fandom by opening our first Cosm venue in the centre of the entertainment capital of the world,” Cosm’s CEO, Jeb Terry, added.