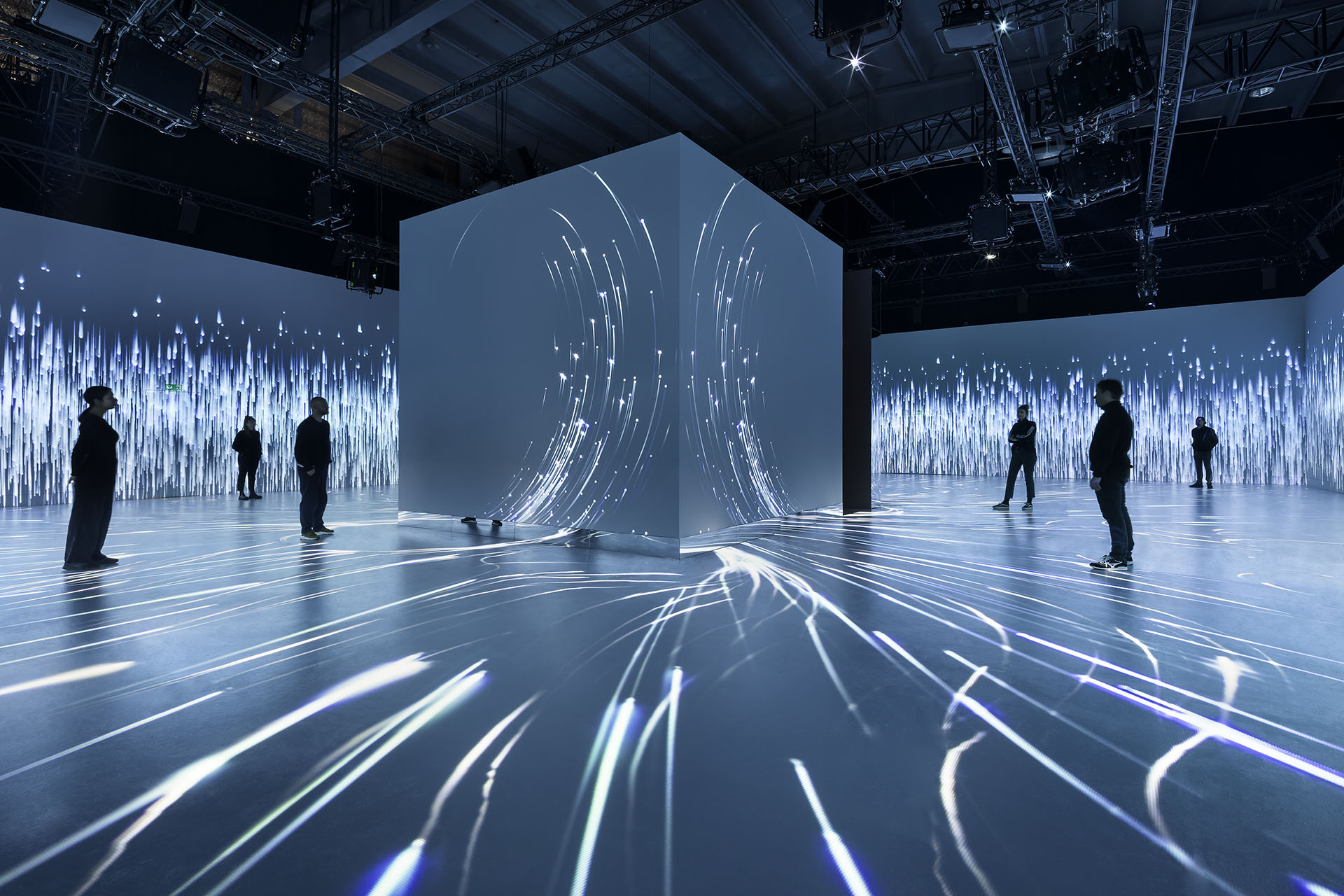 Welcome to Experience Radar 21, where we’re stepping inside the Star Wars Galactic Spacecruiser, practicing self-care at Selfridges, and blissing out on happy hormones at Dopamine Land.

Disney’s hotly anticipated Star Wars Galactic Starcruiser hotel has launched at Disney World, offering guests an immersive two-night voyage through the galaxy. So what do intrepid explorers get for their US$4,809 ticket for two? According to SimpleMost.com, guests are encouraged to dress the part and lean into the backstory. Passing a metal detector, you enter the vessel via a launch pod to the sounds of John Williams’ rousing score. Similar to the sleeping arrangements on a cruise ship, the hotel’s white cabins are sleek and compact and boast a ‘viewport’ into space.

A panel on the wall connects you to D3-O9 droid in charge of ship logistics. Personalised itineraries are sent to guests’ phones, and the shape of your days aboard the ship changes depending on the activities you choose to take part in, from secret missions to lightsaber training. The Crown of Corellia Dining Room is a table-service supper club with entertainment from Gaya, a Twi’lek superstar. Food is served in bento boxes and kids can enjoy unlimited refills of blue milk aboard the ship, while the Sublight Lounge serves cosmic-inspired adult sips.

Popular video game Minecraft has embraced Web3 tech via an NFT Worlds blockchain layer, allowing players access to an online shop where they can buy items to enhance their gaming experience with crypto tokens. As reported by Decrypt, the new NFT Worlds layer gives players a metaverse experience within the existing game, which is a big deal for both Minecraft fans and NFT enthusiasts. Launched in 2011, Minecraft’s following has expanded rapidly over the last decade – the game boasted 141 million unique monthly active users last year. NFT Worlds’ founders chose to build their platform on Minecraft as owner Microsoft is more developer-friendly and less strict than rivals like Roblox.

Exploring the scientific and sociological aspects of drinking and dining, visitors take on various roles during the experience, from kitchen apprentice and expert taster to banquet guest. In the kitchen, you learn how science can be used to aid creativity in cooking, and discover how your senses work when you eat, and the importance of smell within taste perception. The communal experience culminates in a lavish banquet focused on dishes that evoke nostalgic memories.

With tortured Dutch artist Vincent van Gogh having emerged as the darling of the immersive art experiences space, another visionary ripe for reinvention is Italian heavyweight Leonardo da Vinci – artist, inventor, scientist, sculptor and architect – who embodied the Renaissance ideal of the polymath. A new immersive experience celebrating his life and works has launched at the Wriezener Karree in Berlin, taking visitors on a creative journey into da Vinci’s magnificent mind while exploring the themes of diversity, self-care and connectivity.

Offering a fresh take on the maverick’s pored-over paintings, including the ever-enigmatic Mona Lisa and The Last Supper, the exhibition, devised by design studio Flora&FaunaVisions, makes use of QR codes and a 360-degree soundscape created by DJ Sacha to bring da Vinci’s discoveries to life. The show is divided into four interactive sections that explore Leonardo’s work as a painter, inventor, scientist and astronomer. With the help of tracking technologies, visitors can interact with elements of the show and become part of the production.

After two years of lockdowns and Covid restrictions, we’re all in the market for some feel-good fun. Londoners will soon be able to get their kicks at Dopamine Land, a multisensory immersive experience in South Kensington set to give you a rush of happy hormones without the need to break a sweat. With a name seemingly sprung from Lewis Carroll’s overactive imagination, according to Secret London the experience combines interactive rooms, traditional media and cutting-edge tech to deliver a flood of dopamine into visitors’ brains.

The trippy journey takes you into a series of rooms that stimulate various senses, from an eye-poppingly bright-lit room to a popcorn room where sensors spray the space with the snack’s signature buttery scent. You’re encouraged to unleash your inner kid for the ultimate duel, armed with bubble guns and pillows. Helping you to wind down afterwards, the journey ends in a soothing room filled with projections from nature. Who needs the gym, eh?

With Facebook’s parent company having recently rebranded as Meta, Mark Zuckerberg is betting big on VR. His recent user stats suggest he might be onto a winner with his social VR platform for the Quest headset, Horizon Worlds. According to The Verge, having been rolled out to Quest users in the US and Canada in December, the platform’s monthly user base has exploded to 300,000 people. The figure includes users of Horizon Venues, an app for attending live events in VR that uses the same avatars and mechanics as Horizon Worlds.

Like Roblox and Minecraft, Horizon Worlds lets users build bespoke environments to socialise in and play games in as avatars. According to Meta, 10,000 new spaces have already been built on the platform, and its private Facebook group for creators currently has over 20,000 members. It’s too early to say whether this impressive growth can be sustained, but Zuckerberg is planning on releasing a version of Horizon for smart phones this year, to “bring early metaverse experience to surfaces beyond VR”.

Putting the self-care into Selfridges, the luxury department store is offering a fresh take on retail therapy via its new Superself project, which promises to take shoppers on a voyage of self-discovery. As reported by Retail Focus, the Superself experience, created in collaboration with The Stack World, includes confidence coaching, breathwork sessions and hypnotherapy.

Encouraging customers to ‘live brighter’, we love the sound of the Sensory Reality Sensiks mood-boosting pod, which guests can enter for an LSD-free psychedelic trip that harnesses the power of VR to stimulate the senses, optimise mental wellbeing and facilitate a deeper connection with the self. This is the first time this tech has been available for public consumption – the pod has previously been used in clinical trials for treating addiction, PTSD and anxiety.

This year is set to be a game-changer for the VR and AR sectors, making the Augmented World Expo in Silicon Valley – one of the largest AR/VR technology conventions in the world – a must for industry leaders. Video game software development firm Unity Technologies’ CEO, John Riccitiello, will be a keynote speaker. Riccitiello has enjoyed an illustrious career in the gaming industry, having served as the CEO of Electronic Arts from 2007 to 2014, and advised for Oculus from 2013-2014.

He will be joined by 400 other speakers from diverse backgrounds within the industry. Taking place from 1-3 June at the Santa Clara Convention Center, the expo brings together industry leaders to showcase recent discoveries and share knowledge, highlighting the key innovations from across the AR and VR sectors.