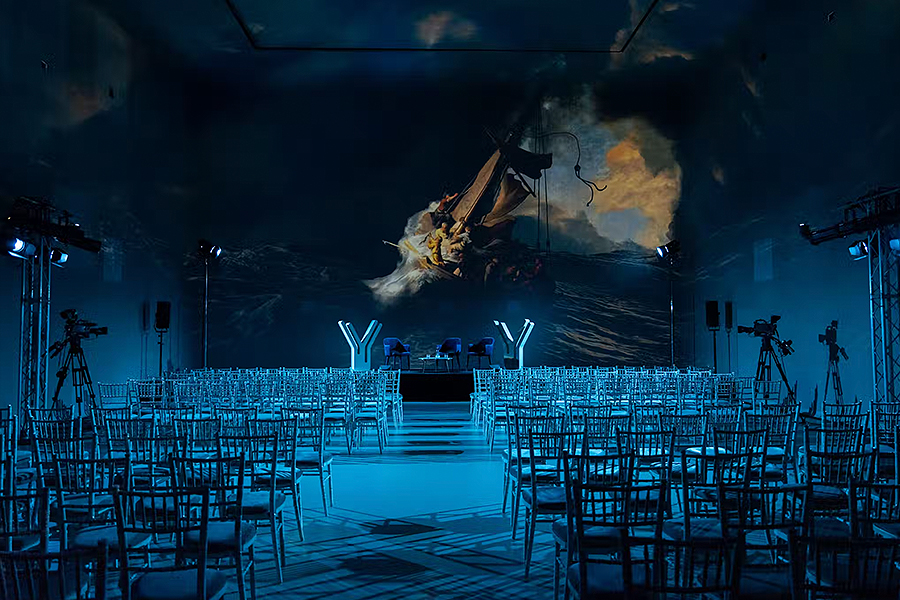 Keen to be at the bleeding edge of Web3, New York Fashion Week embraced both the physical and digital realms this year. As reported by Wunderman Thompson, fashion brands are harnessing the power of tech to elevate their collections and broaden their audiences. Fashionistas that attended Tommy Hilfiger’s Fall 2022 show were greeted by AR-generated video screens, which complemented the physical mylar balloons on display. The show was also live-streamed on Roblox for digital fans, where Superplastic avatars and Chinese metahuman NOAH joined the runway, blending the boundaries between physical and digital.

TodayTix Group, a digital ticketing platform for theatrical and cultural events, has snapped up London’s Secret Cinema in a deal worth over $100m that will give the e-commerce firm a powerful presence in the immersive film and TV events space. As reported by Variety, the acquisition is proof of the rapid rise of Secret Cinema, which shot to fame over the last decade by offering cinephiles high-end immersive experiences that take them deep into the worlds of their favourite films and TV shows, from Blade Runner and Bridgerton to Back to the Future.

Since it was founded by Fabien Riggall in 2007, Secret Cinema has sold over one million tickets to more than 50 shows. It also recently secured a multi-year, multi-title deal with Disney, which kicked off with its hotly anticipated immersive experience tied to Guardians of the Galaxy in Wembley Park. Following the TodayTix takeover, Secret Cinema’s 50-strong team will be kept on and the company will continue to operate as a separate brand, tweaking its format to include open-ended theatrical runs at major global cities alongside establishing a permanent home in London for its immersive events.

3. Emirates Flies High In The Metaverse

Keen to stay ahead of the curve, Emirates airline is getting metaverse ready, but is keen to retain its “human touch” as it migrates to Web3. As reported by The National News, Emirates’ chief operating officer, Adel Al Redha, told the Dubai Metaverse Assembly that he wants the airline to enter the metaverse correctly. “We need to maintain that human touch with our customers but at the same time you are looking for efficiency. I am there when you need me, not to stop the process or slow it down. Intervention from the human is as and when required. The metaverse provides us the chance to do that,” he said.

Al Redha believes harnessing the power of the metaverse will improve the travel experience, from check-in and in-flight experiences all the way to the arrivals hall. Emirates is planning on using Web3 tech to allow passengers to choose their in-flight meal before they take off, and decide when they want to sleep and what they want to watch without the need for human interaction. “Today, the expectation from customers is different. We are cutting out the middleman and having efficiencies and passing it on to the customers,” he said. The airline will also be using the metaverse as a staff-training platform for its 16,000-strong team. Emirates introduced VR tech to its website and app five years ago.

Swedish car giant Volvo is bringing photorealistic visualisation tech into its next generation of electric cars through a collaboration with Epic Games. As reported by Automotive World, in a bid to enhance the customer experience, the firms have teamed up to bring Epic’s Unreal Engine game engine into upcoming Volvo cars, providing “unparalleled high-quality graphics” inside the cabin. Considered to be the most advanced real-time 3D creation tool used in industries beyond games, Unreal Engine will be used in Volvo cars for development of the Human Machine Interface (HMI) and the Driver Information Module digital display that provides the driver with “infotainment” features.

Inside these next gen cars, drivers will encounter sharper renderings, richer colours and new 3D animations on the digital displays. Graphics generation and processing inside the cabin will be up to ten times faster than its predecessor. “To offer our customers the best possible user experience and contribute to a safe and personal drive, we need rich, immersive and responsive visualisation inside our cars,” said Henrik Green, Volvo’s chief product officer. “Running Unreal Engine in our cars enables this and makes it even more enjoyable to spend time inside a Volvo.” The company aims to go entirely electric by 2030.

London’s hotly anticipated 30,000 square feet immersive art gallery, Frameless, has opened its doors in Marble Arch, offering art lovers the chance to dive inside their favourite paintings. As reported by Leeds Live, prior to the opening the gallery released a collection of teaser images to dangle the carrot as to what’s in store for visitors. Each gallery within the building has its own theme and features artworks brought to life by cutting-edge digital projection tech designed to complement the works on display, allowing visitors to immerse themselves in the paintings rather than peer into them from within the confines of a frame.

The four galleries within Frameless are: Beyond Reality, featuring otherworldly, works including The Garden of Earthly Delights by Hieronymus Bosch; Colour In Motion, populated by Monet, Van Gogh and Berthe Morisot, where visitors can interact with every brushstroke and daub of paint; The World Around Us, featuring enveloping 360-degree landscapes by Cezanne, Rembrandt and Rubens as you’ve never seen them before; and The Art of Abstraction, a maze of colour, shape and form featuring works by Kandinsky, Mondrian and Klee. Each gallery has a bespoke soundscape triggered by visitors as they move around the space.

The wait is over – Nreal’s much-hyped AR glasses have finally hit the market. So what can we expect? As reported by Tech Radar, Nreal Air glasses have gone on sale in the US with an adaptor that makes them compatible with numerous devices. Priced at $379 on Amazon, the specs plug into a compatible smartphone via a USB-C cable and virtually project a screen in front of the user. Surround sound in the glasses’ arms gives the wearer the feeling of watching their favourite Netflix show or playing an Xbox game inside their own private cinema.

The $59 Nreal Air Adapter allows you to connect the glasses to iPhone and Nintento Switch devices, enabling iOS users to enjoy the same benefits Nreal was bringing to Android users. Aimed primarily at travellers, Tech Radar’s reviewer was wowed by the glasses, dubbing them “the best gadget they’ve ever used”, though believes the high release price was “a major sticking point”. Nreal has made some improvements to its Nebula AR platform, including a redesigned AR space featuring new 3D icons that recommend AR content to users.

The pandemic led to ”the great resignation” that saw millions of people across the world jack in their jobs for pastures new. Retaining talented staff is becoming increasingly challenging in our post-covid landscape, making the need to offer your team an appealing employee experience a top priority. Employees want to be viewed as people, and are rethinking the place that work should occupy in their lives. According to Forbes, the road map that can put companies on the path to success when redesigning the employee experience involves borrowing a page from the customer experience playbook and taking a human-centric approach.

“Business leaders must prioritize the wants and needs of their employees on the same scale that they do for their customers. By taking a page from the CX playbook, companies can create purpose-driven experiences for their teams, which can help foster trust, reduce job-related stress, strengthen loyalty and fuel growth for both the employee and the organization,” writes Larry Faragalli, CEO of Brightly, who suggests taking the following CX-inspired measures to enhance your employee experience: reduce job-related stress by streamlining processes; start with the areas that will have the highest impact and involve employees in the application design process; and make work more purpose-driven for staff. 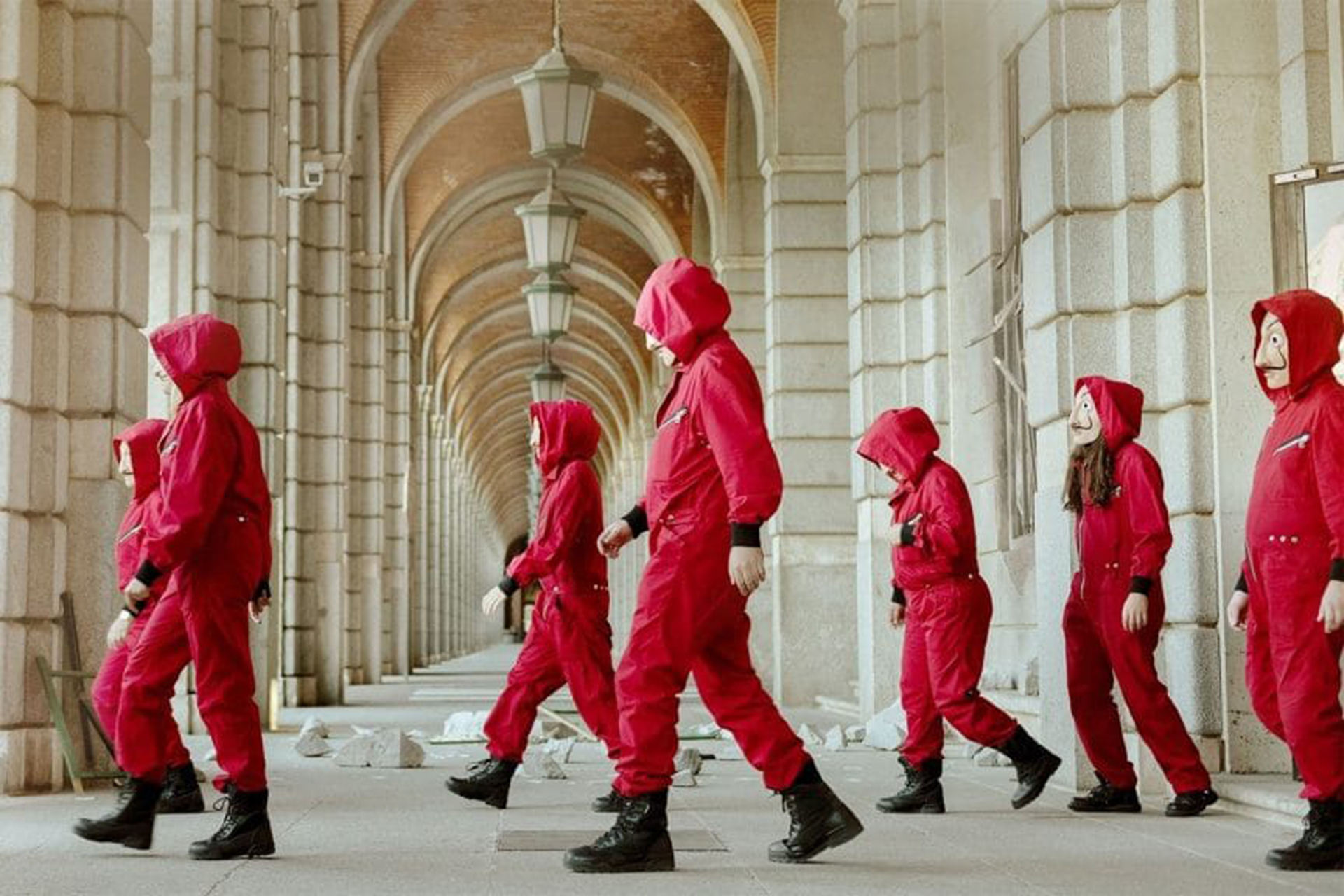 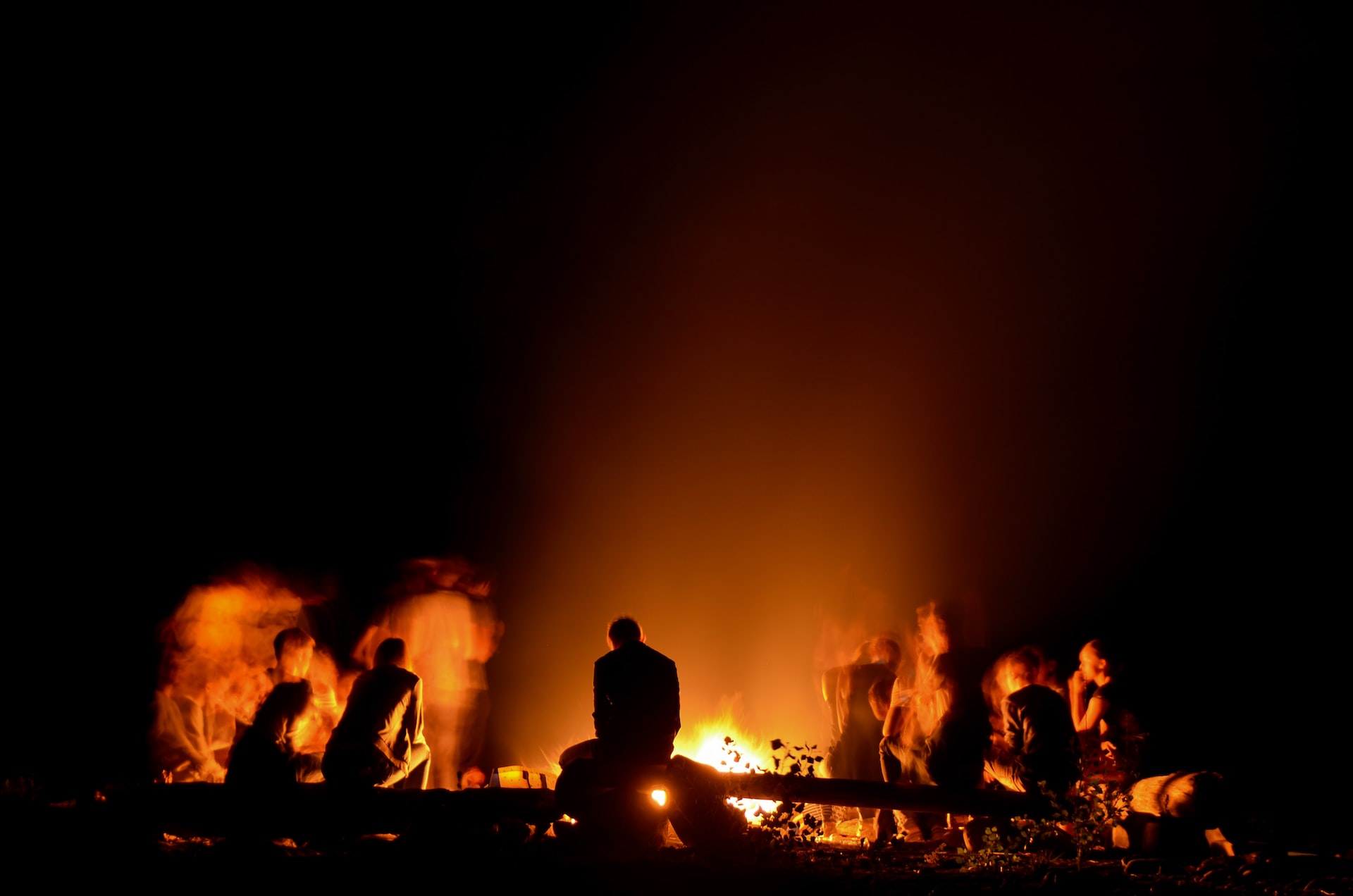