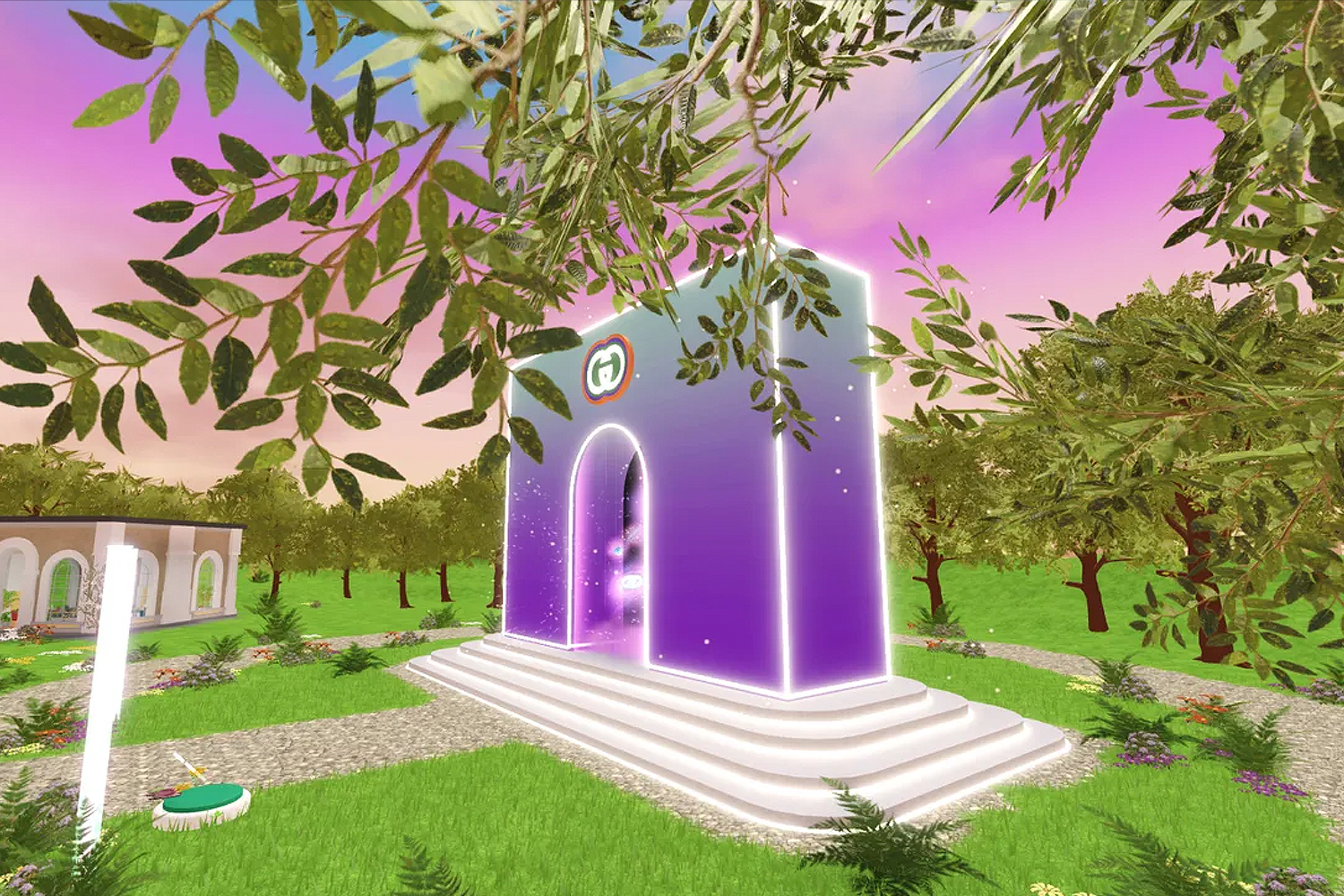 Welcome to Experience Radar 36, where we’re seeking out meaningful connections in the metaverse, manning the decks at a pirate radio station in San Diego, and learning the secrets behind creating better immersive experiences.

1. Forging Deeper Connections In The Metaverse

Having grown up online, Gen Z are turning to digital platforms to seek out meaningful connections and avenues for self-expression. As reported by Wunderman Thompson, according to a recent study by Vice Media Group, Gen Z not only spends more time online than other generations, they also form more meaningful connections to their own online identities while plugged in. Nearly half of those surveyed reported that their in-game identity is a truer expression of themselves than their physical identity, and 57% feel freer to express themselves online than they do in real life.

When it comes to forging deeper connections, 85% of Gen Zers feel that technology brings people together, while 70% believe technology has deepened their relationships with friends and family. To help nurture these relationships, digital platforms are focusing on fostering authentic connections and helping youngsters make new friends on apps like BeReal and avatar-based social network IMVU. As Gen Z look to the metaverse as an arena for forming deeper social connections, brands need to improve how they interact with consumers on their platforms, prioritising community over colonisation.

California theme park Knott’s Berry Farm has launched a Wild West-inspired ‘choose your own adventure’-style interactive experience that lets visitors drive, change and participate in an ever-evolving storyline. As reported by the OC Register, this summer’s version of Ghost Town Alive adds to the storytelling twists with a new ‘Miss Cameo Kate’s Western Burle-Q Revue’ stage show in the Bird Cage Theatre featuring a travelling troupe of singers, dancers and musicians. Calico Ghost Town is the beating heart of the theme park and includes a saloon, blacksmith shop, schoolhouse, barber’s shop and sheriff’s office manned by improv actors.

This year, the town’s citizens have formed a Paranormal Investigators Society to look into reports of ghost sightings in a novel dash of self-referential meta storytelling, with daily sightings reported in the Calico Gazette. While at the park, visitors play an active role in shaping daily events and influencing the overarching story that develops throughout the day, meaning no two story arcs are alike. People can pledge allegiance to notorious bandits the Mayfield gang before ending their experience with a stomping hoedown in Calico Park.

Part memoir and part playable theatre, 40 Watts from Nowhere chronicles the true story of LA legend Sue Carpenter, a restless magazine editor-turned-pirate radio host. In 1995, Carpenter created an illegal radio station, KBLT 104.7 FM, in her closet, which transformed her apartment into the illicit heartbeat of the Silver Lake music scene. Over the next three years, she built an underground community welcoming misfit music lovers into her home and on air around the clock. The resulting experiential live documentary currently playing out in San Diego puts audiences into Carpenter’s DJ booth allowing them to run the station and attempt to avoid legal and financial ruin at the hands of the FCC.

No Proscenium said 40 Watts from Nowhere “defies simple classification and manages to be both joyous and deeply human”. The experience is the brainchild of Mister and Mischief – Jeff and Andy Crocker –who are known for creating fun-forward interactive experiences. Mixing games, theatre and comedy into playful, participatory events, the duo are passionate about increasing the visibility of immersive design and audience-empowering performance. Previous shows include the award-winning Escape From Godot; wordless puzzle adventure Builder and the Dove, and virtual self-help satire Objectivity.

Blazing a trail in the metaverse, fashion giant Gucci is making its presence inside Roblox more permanent. As reported by The Verge, having previously collaborated with the virtual world for short-lived experiences, like the Gucci Garden, the brand has launched a more permanent space called Gucci Town, which features a central garden that links various areas, including a space for mini-games, a café, and a virtual shop where players can snap up the latest virtual Gucci gear for their Roblox avatar that makes use of cutting-edge layered clothing tech.

The launch of Gucci Town was prompted by the runaway success of the Gucci Garden, which attracted over 20 million visitors during its two-week run. “The starting point when designing the experience has always been the community,” Nicolas Oudinot, Gucci’s EVP of new businesses, told The Verge. “True to this, we envision the future developments as an open dialogue between Gucci and the recurring visitors. Emerging content creators and talents from the Roblox community will be on board, while we will infuse the ecosystem with new ideas and visual stimuli, as our creative messaging is forever in flux.”

5. How To Optimise Immersive Experiences

Tech giant Panasonic has revealed its golden rules for creating better immersive experiences. Panasonic Connect’s Thomas Vertommen shared his top tips with BlooLoop. According to Vertommen it starts with creating the perfect blend. “The secret to creating a truly immersive experience is to seamlessly blend images from multiple projectors to look like one single image, which sounds simple but isn’t easy to achieve,” he says, advising experience designers to seek out projector manufacturers that provide geometric software to help keep image brightness, colour saturation and clarity uniform across the projectors.

Vertommen also advocates being a stickler for detail and choosing the right technology to meet the specific needs of your application. For those than require and can afford it, he recommends investing in a projector with Native 4K chipsets for top-of-the-range resolution, equating them to being able to see the brushstrokes of the Mona Lisa up close at The Louvre. In order to truly transport your audience, the projection technology needs to be as invisible as possible, or the illusion will be broken. “Look for projectors with a range of lens options that are powerful yet compact, to minimise the visual impact of the tech,” he says.

6. Americans Are Ditching Stuff For Experiences

Proving that Americans are turning their backs on consumer goods in favour of experiences, in May the retail trade in the US saw a net loss of 60,700 jobs, with most of the losses coming from general merchandise stores. As reported by Business Insider, leisure and hospitality currently lead the way in job growth in the US, as consumer spending rotates from goods to services, leading to a pullback in retail and a resurgence in industries like travel and tourism.

The number of job openings in US retail tumbled in April 2022 and shop owners have been forced to discount items due to excess inventory. This is in part a consequence of curbing spending habits due to rising living costs and fears of a recession, though such caution isn’t deterring Americans away from their summer breaks. According to Business Insider, people are still traveling at rates nearing pre-pandemic levels and spending on services is ticking along, while spending on goods is flat.

7. Tribeca Hooks Up With Meta

Keen to keep on top of cutting-edge tech, Tribeca Festival hooked up with Meta this year to offer 20 titles from its shorts programme on the Meta Quest 2 virtual-reality headset as well as the Tribeca page on Facebook. As reported by Variety, all of the shorts streamed for free during the festival’s run. Due to the disruptions caused by the pandemic, the shorts collection spans films from 2019-2022, including those that flew under the radar due to Covid. Among the films is Skin & Bone, a 17-minute horror starring Amanda Seyfried and Thomas Sadoski, directed and written by Eli Powers.

“At Tribeca we always explore new ways of storytelling, so are thrilled to partner with Meta and create our first shorts programme to play in VR,” Ben Thompson, head shorts programmer for Tribeca, told Variety. “We have curated a range of films including out-of-this-world science fiction and impactful documentaries that will excite and inspire audiences in this new storytelling frontier.” This year’s festival also included a line-up of VR, AR, mixed reality and participatory experiences from international artists.