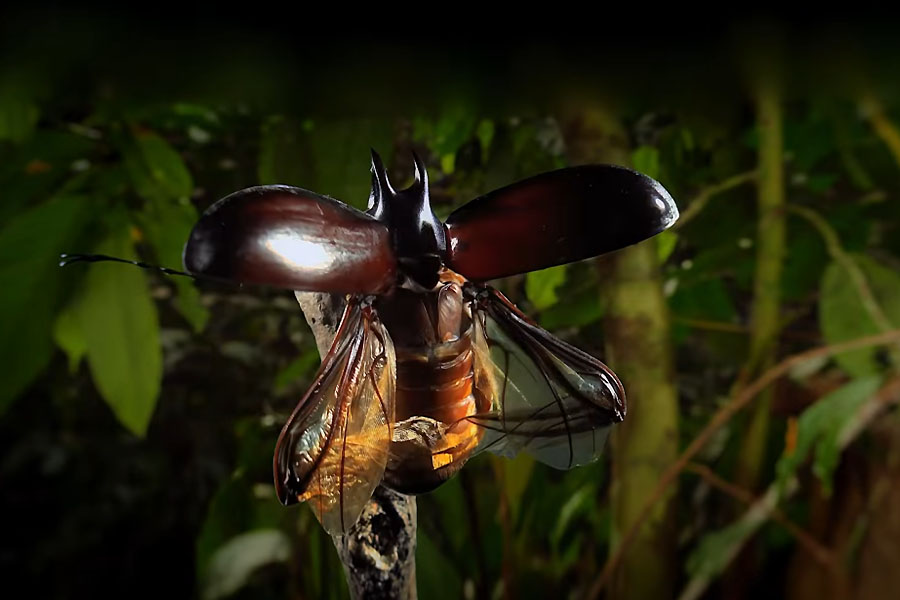 Welcome to Experience Radar 55, where we’re co-designing a pair of Nike kicks on its new Swoosh platform, learning new phrases with no English translation and enjoying an evening of decadence at Gatsby’s mansion.

Having already made a splash in the metaverse with the acquisition of NFT studio RTFKT last year, Nike is upping its Web3 presence with the launch of digital marketplace .Swoosh where fans can snap up its virtual products.

As reported by Wired, the experimental digital space, which is currently being beta tested, will launch its first virtual collection of trainers, clothes and accessories in January. Members will be able to collect and trade the virtual items with cash (rather than crypto) with all transactions recorded on the Polygon chain. Adding to its allure will be the chance for competition winners to co-design a pair of virtual kicks for the online store and bag a percentage of the royalties.

“I can imagine the avatars on RTFKT being able to wear our wearables, as well as avatars in games you already play,” Ron Faris, VP of Nike Virtual Studios, told Wired. To keep the platform relevant, utility is the name of the game.

“We’re learning that buying a virtual product isn’t the end of a purchase journey, it’s the beginning of it,” Faris said. Nike already has a popular metaverse space on Roblox called Nikeland, where users can buy and wear virtual goods using in-game currency. The sports giant made a cool $3.1m selling 600 pairs of ‘Cryptokicks’ NFT sneakers in April.

He may be 85, but English painter David Hockney is down with the kids when it comes to tech, creating landscapes and portraits on his iPad as well as giant canvases. His latest exploration into the digital world is an immersive exhibition in London accompanied by his own commentary.

As reported by Artnet, Hockney has played a pivotal role in the creation of the show, playfully called ‘Bigger & Closer (not smaller and further away)’, which is due to launch next year at Lightroom, a new four-story space for immersive experiences in King’s Cross.

The show spans six themed chapters that take visitors on an immersive journey through Hockney’s colourful career, from his birth in Yorkshire and LA stint in the ‘60s to his current abode in Normandy, via polaroid collages, iconic artworks like his cool blue California swimming pools, set designs and specially commissioned pieces, all accompanied by a Nico Muhly soundtrack and commentary from Hockney. “The world is very, very beautiful if you look at it, but most people don’t look very much,” Hockney says sagely in one voice-over.

The Pacific nation of Tuvalu is planning to create a digital twin of itself in the metaverse due to the existential threat of rising sea levels. As reported by Science Alert, Tuvalu’s minister for justice, communication, and foreign affairs, Simon Kofe, made the announcement via a digital address to leaders at COP27.

Offering a chilling vision of the future, Kofe’s plan involves creating a digital version of Tuvalu to replicate its islands and preserve its culture before it’s too late. “Tuvalu could be the first country in the world to exist solely in cyberspace – but if global warming continues unchecked, it won’t be the last,” he said.

If the worst happens, the digital twin may allow Tuvalu to “fully function as a sovereign state” when its people are forced to live elsewhere. Recreating a digital twin of the island is possible – a number of countries have set up virtual embassies on Second Life – but this would be the first attempt to migrate a nation-state to the virtual world.

Allowing its 12,000 citizens to interact online in real time is fraught with challenges. “It’s dangerous to believe that moving to the metaverse is a viable response to climate change. The metaverse can assist in keeping heritage and culture alive as a virtual museum and digital community, but it seems unlikely to work as an ersatz nation-state,” Science Alert warns.

4. NASA Through The Eyes Of Snoopy

In more light-hearted news, the Kennedy Space Center‘s visitor centre is due to open a new immersive ‘edutainment’ experience featuring Peanuts characters. As reported by BlooLoop, All Systems Are Go, starring Snoopy, Charlie Brown and friends, is due to launch in April 2023 and is the brainchild of production company Monlove.

Taking place in the 300-seat Universe Theater, which has been decked out with Dolby Atmos sound and dozens of laser projectors in preparation, the live experience will feature an original orchestral score.

The goal is to tell the story of NASA in an accessible and entertaining way. Using AR and smartphones, visitors can interact with the environment and discover space-themed elements while the Peanuts characters narrate the history of NASA and discuss the Artemis missions.

“The creative potential for telling this larger-than-life story through the eyes of the fabled Peanuts characters is as vast and exciting as space itself and a chance to experience Charles Schulz’s iconic characters in a new and exciting way,” said Monlove’s CEO, Ella Louise Allaire.

Do you know your ‘saudade’ from your ‘sisu’? Getting to grips with terms with no English translation could open up a world of opportunities when it comes to designing for emotion.

As reported by the BBC, learning to identify and cultivate these emotional experiences could lead to a richer life, and factoring in these emotional states into experience design will create more meaningful events. Professor Tim Lomas is hoping to bring these unique words to light via his Positive Lexicography Project, so people can use them in their daily lives.

Lomas hopes the words will give us a more nuanced understanding of ourselves and could even change the way we feel, by drawing our attention to long ignored sensations. “These new words can help us articulate whole areas of experience we’ve only dimly noticed,” he said. “

You can think of the words and the concepts they are associated with as tools for living that might inspire us to try new experiences, or appreciate old ones in a new light,” agrees Yale professor Marc Brackett. Among the terms worth adding to your lexicon are: ‘wabi-sabi’ (finding beauty in imperfection) ‘yuan be’ (a sense of perfect accomplishment), and ‘kilig’ (the butterfly feeling you get when speaking to someone attractive).

6. Take To The Skies With Attenborough

London-based David Attenborough fans will soon have the chance to feel like they’re stepping inside one of his wildlife documentaries at an ambitious new immersive VR experience coming to Westfield in White City.

As reported by Stylist, Alchemy Immersive and Meta Immersive Learning have created the experience to mark the release of their latest VR series, Conquest of the Skies, which features Attenborough guiding viewers through the evolution of flight in the natural world.

The free VR experience transports you up into the clouds through the Meta Quest 2 VR headset, where you’ll get up close and personal with butterflies, hummingbirds and flying dinosaurs, which you can interact with by scanning QR codes to open Meta Spark AR filters.

Attendees can also view a special edit of the documentary narrated by Attenborough and learn how the creatures were able to start taking flight. “Through the power of VR and AR, people will be able to interact with flying creatures like the quetzalcoatlus in the middle of Westfield,” said Charlotte Fletcher, activation creative assistant at Alchemy Immersive.

As reported by West End Best Friend, the immersive experience will launch in the ballroom at Park Central Hotel on Seventh Avenue next March, which has been transformed into Gatsby’s mansion, transporting visitors back to the wild nights of the Roaring Twenties, complete with bootleg liquor and booming jazz beats.

Having already come to Ireland, South Korea and Belgium, the show, boasting a 14-strong cast, is now keen to take a bite out of the Big Apple. “The Great Gatsby is finally coming to its spiritual home in New York. Dark, hedonistic, literary and theatrical, this immersive telling of one of the world’s greatest novels brings audiences closer to Jay Gatsby’s opulent world than ever before,” producers Louis Hartshorn and Brian Hook said.

Guests are invited to dress in 1920s attire and are free to either become part of the storyline by interacting with the cast, or watch the action unfold from the sidelines as Jay Gatsby is inclined to do.