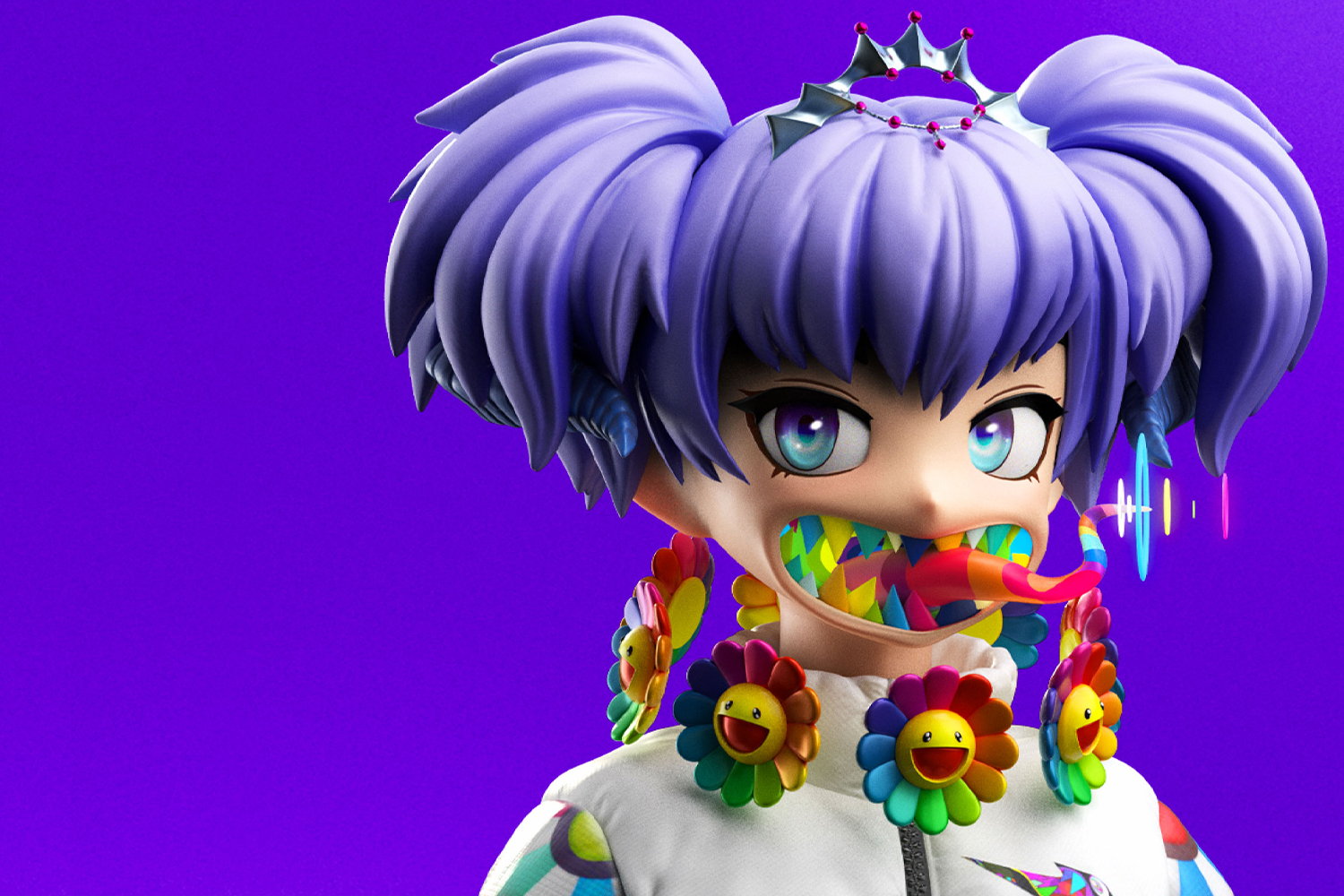 Welcome to Experience Radar 29, where we’re spending the night in the Moulin Rouge’s secret bedroom, learning how our brain reacts when visually stimulated, and fighting over the last few pairs of virtual Nike trainers in the metaverse.

Baz Luhrmann fans can indulge their inner Satine (or Christian) in Paris, where Airbnb is offering one night stays inside a secret room within the city’s iconic Moulin Rouge. As reported by Business Insider, cabaret lovers can book a stay inside the clandestine bolthole for just €1 a night. Those keen to sleep in the windmill need to be quick, as the room is only available for three nights on 13, 20 and 27 June. Airbnb is taking bookings now, with just two guests able to stay in the room, which has been turned into a Belle Époque-inspired boudoir.

Airbnb worked with French historian Jean-Claude Yon to capture the essence of the opulent period through art nouveau furniture, gold ornamentation, feathers, tassels and pearls. Meaning ‘red mill’ in French, the Moulin Rouge is credited with popularising the modern version of the can-can. The historic landmark at the foot of Montmarte Hill was opened by Spanish entrepreneur Joseph Oller and French showman Charles Zidler in 1889, who were keen to offer Parisians of all backgrounds an inclusive entertainment space. Forward-thinking Airbnb has previously offered one-night stays inside in the Louvre’s glass pyramid.

2. The Art Of Aesthetic Enjoyment

Ever wondered what’s going on in your brain when your emotions are stirred by a work of art? Researchers from Germany and The Netherlands have done the hard work for you in a recent study exploring the neuroscience behind aesthetic enjoyment. As reported by Forbes, the researchers asked a group of university students to look at a series of images of paintings, collages and fabric art and rate how aesthetically pleasing they found them. While rating the images they donned an electroencephalography (EEG) cap that measured their brain activity.

The study found that when someone saw an image they liked, their EEG readings recorded a series of gamma waves in the brain shortly after, highlighting that aesthetic enjoyment is an active experience. Art that provoked a negative reaction led to a change in alpha waves, while works that failed to inspire a reaction didn’t elicit any brain activity. “We don’t just passively perceive art, but engage in a process of discovery that can last several seconds,” research associate Edward Vessel told Forbes. Understanding the neuroscience of aesthetics has broad implications, from the importance of design to how people organise personal space.

Earlier this year we reported on the much-hyped collaboration between sneaker pimp Nike and NFT design studio RTFKT (pronounced ‘artifact’). The fruit of their creative union – a virtual trainer collection called CryptoKicks – is proving wildly popular on online marketplace OpenSea, with fans paying between US$4,000 and US$9,500 in cryptocurrency for a pair of shoes they’ll never wear. As reported by CBS, nearly 9,000 of the 20,000 Nike Dunk Genesis NFTs have been sold on OpenSea, and the most coveted CryptoKicks – including a pair with a colourway designed by Takashi Murakami – are selling for over six figures.

Part of the appeal of CryptoKicks is the fact that they’re customisable – owners are able to purchase a ‘skin vial’ to change the colour of Nike’s signature Swoosh, heel, straps and tongue. RTFKT created the virtual shoes after Nike acquired the start-up in December in order to capitalise in the growing metaverse market, which is predicted to be worth US$42 billion by 2026. This isn’t the sportswear firm’s first play in the space – last year Nike launched Nikeland on Roblox where fans can create an avatar of themselves and play sports in a virtual space.

VR firm Fable Studio has opened its virtual beings Wizard Engine to collaborators in fashion and nursing. As reported by Venture Beat, the San Francisco start-up built the engine to manage its virtual character Lucy, an 8-year-old animated girl from the Wolves in the Walls virtual reality experience. Lucy has been a busy bee lately, making appearances at the Sundance Film Festival and SXSW as a virtual character that sang songs and talked with the audience using her AI-based personality on Twitch. The Wizard Engine enables Fable to manage Lucy’s appearances on different social media platforms.

Fable CEO Edward Saatchi told GamesBeat that the firm envisions a world where young people have virtual beings as close friends. It is opening up the Wizard Engine it uses to make virtual beings like Lucy, as well as the newer Charlie and Beck characters. The engine lets creators schedule events on different platforms for a virtual being and create new milestones in the characters’ lives. “We’re opening up the Wizard Engine for people to use themselves. You’ll be able to create the AI characters and distribute them on Twitch, Instagram, and YouTube,” Saatchi said.

Disneyland has revealed plans to reimagine its Paradise Pier Hotel as a Pixar-themed destination, allowing Toy Story fans the chance to feel like they’re sleeping over at Andy’s house. As reported by USA Today, Pixar worlds and characters will feature in artwork and décor at the hotel, which is currently themed around the ‘heyday of California beachfront boardwalks’. The hotel’s transformation will begin shortly and is set to weave “the artistry of Pixar into its comfortable, contemporary setting”.

A completion date has yet to be set. In addition to the new theme, Paradise Pier will get a new walkway to Disney California Adventure Park. The theme park will also be launching an array of new dining options at its Downtown Disney District, including Taiwanese dim sum and dumplings specialist Din Tai Fung. Inspired by Southern California, Downtown will become a colourful space with a new open lawn.

The city of light is embracing experiential retail in a bid to offer shoppers memorable, bespoke experiences. Spearheading the movement is Philippe Hertzberg, co-founder of Secret Journeys, who spotted a gap in the market for high-end travellers seeking an authentic encounter with their favourite brands. “Today, with so much of our lives lived online, the desire for genuine, in-person connections has been reignited,” says Hertzberg, who launched Garnier Creations with luxury travel specialist Leah Walker to tap into that need.

The company offers unique encounters in Paris with top luxury brands that are usually reserved for their elite clients. Keen to highlight the mutli-generational stories behind the brands, among the experiences on offer is the chance to work with a haute couture designer-to-the-stars to create your own gown – or with a master tailor to stitch a bespoke suit – followed by a visit to the atelier of high-end jewellery house to explore their archives. Hoping to create meaningful human interactions, the experiences also cover fine dining, such as chef’s table dinners at three Michelin-starred restaurants. The goal is to deliver curated experiences that are worlds apart from your average boutique-hopping excursion.

The big guns in the tourism industry have a golden opportunity to make a splash in the metaverse and use the space as a place to connect with consumers and market their services. As reported by TTG Asia, movers and sharkers in the industry have been busy getting their virtual ducks in a row in a bid to tap into the burgeoning metaverse market. Global hospitality brand citizenM claims to be the first firm of its kind to buy land in The Sandbox to begin building a virtual hotel in the metaverse. citizenM aims to finance the virtual build through the sale of an exclusive collection of NFTs with real-world rewards and utilities attached, such as discounts and free drinks that can be redeemed at any of its hotels.

Norwegian Cruise Line is also in on the act, launching its own NFT marketplace to allow NCL regulars the chance to own a piece of its newest vessels, Norwegian Prima and Norwegian Viva. Italian artist Manuel Di Rita, who designed the hull art on both ships, will create six bespoke artworks as part of the project, which will be auctioned on online marketplace OpenSea. The highest bidder will be given a balcony stateroom on one of Norwegian Prima’s inaugural voyages in the US. Meanwhile, Singapore-based start-up BuzzAR is launching virtual land, ToonLand, next year to lower the entry barriers for the hospitality and tourism industries to tap into the trillion-dollar metaverse market.