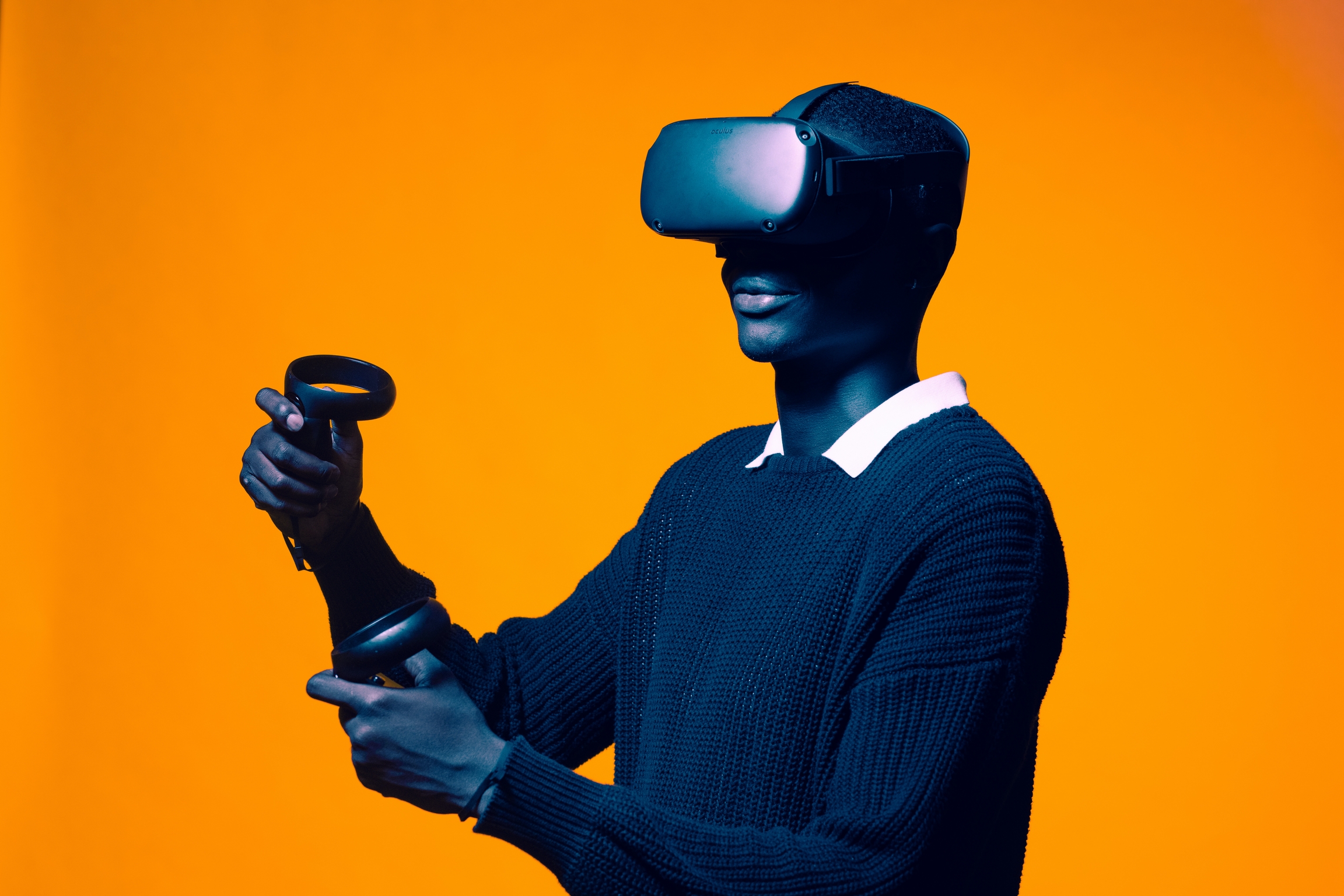 Welcome to Experience Radar 25 where we’re soaking up the New York skyline at One Vanderbilt, discovering the treasures inside King Tut’s tomb in Washington, and making friends with aliens at the Serpentine Gallery in London.

1. Drink In The New York Skyline

A mere 53 feet shy of The Empire State Building, the recently opened One Vanderbilt is redefining Manhattan’s skyline. As reported by Architectural Digest, the soaring skyscraper stands at 1,401 feet tall, and its top three floors are causing a buzz. The observation deck – Summit One Vanderbilt – offers visitors a jaw-dropping multi-sensory experience. The deck includes an art installation called Transcendence, created by Kenzo Digital, featuring a series of mirrors that morph into the cityscape, creating a hall of mirrors-style optical illusion.

The aim of the space is to help visitors connect with New York in all its frenetic glory, while also imbuing them with a sense of serenity through earthy design touches such as wooden benches, stone tables and an outdoor garden, offering frazzled New Yorkers a moment of respite from the Big Apple’s relentless pace. We love the sound of the Willy Wonka-like glass elevators that whoosh guests up over a thousand feet, allowing them to see the city unfold like a pop-up book beneath them.

2. Working In Web3? The Only Way Is Ethics

The metaverse is evolving at lightning speed, and while such swift developments are exciting, the space currently feels a little like the Wild West when it comes to policing. This lack of legislation risks hampering its growth. XR pioneer Avi Bar-Zeev believes the only way the metaverse can succeed is through the successful implementation of a strong set of ethical principles.

“The value of a common ethical framework in decentralized and largely unregulated systems is already proven, so we’ve created an organization to help those building ‘the metaverse’ be more ethical together,” Bar-Zeev writes. His solution is the XR Guild, due to launch in June, which will work to help normalise and socialise the role of ethical consideration in product development circles. “We know this group can’t be all things to all people. But it’s hopefully the right thing at the right time to do the greatest possible good,” Bar-Zeev says.

Proving it’s at the bleeding edge of the latest digital art developments, the Venice Biennale will be dedicating a pavilion to decentralised art this year. Called Singluarity, as reported by Fad magazine, the space aims to educate, enthral and entertain art collectors and aficionados on the fast-evolving NFT art space, and will feature over 200 works by digital natives shaping the sector, including Coldie, Aaron Penne, Justin Aversano, XCOPY, Raphael Lacoste, Trevor Jones, Michael Yamashita, Annibale Siconolfi, Filip Custic, and Matt Des Laurier.

Hoping to encourage an animated dialogue around NFTs and their impact on mainstream art in order to develop a wider public understanding and appreciation of decentralized technologies, the exhibition will be virtually accessible at the Decentral Art Pavilion Metaverse. “We are experiencing an unprecedented artistic evolution where contemporary art expands in the blink of an eye. This expansion requires a dialogue with traditional mechanisms so that all digital or analog artistic variants can coexist in a future where the blockchain will be part of our daily lives,” abstract artist Javier Krasuk told Fad.

4. Immersive Learning Gets A Leg-Up

Putting its faith in immersive learning, global professional services giant Accenture has invested in Strivr, which specialises in VR-based training programmes. Based in Santa Clara, California, to date Strivr has trained over a million workers at some of the world’s largest firms via its VR platform. Immersive learning using extended reality (XR) technologies offers chances for employees to participate in hands-on learning that has been shown to lead to greater learning retention. According to The World Economic Forum, over a billion workers will need reskilling by 2030, as the core capabilities needed for workers across industries change.

“We anticipate that global demand for Strivr’s VR-based learning solutions will grow as employers look for ways to more effectively upskill, engage and retain their increasingly remote workforces. Immersive learning is a terrific way for employers to begin leveraging the power of the metaverse continuum,” said Tom Lounibos, managing director of Accenture Ventures. “VR training is rewriting the rules on how to calculate the impact of corporate training’s fusion with experiential learning,” added Strivr founder Derek Belch. “We’re demonstrating the value of VR from hiring and onboarding to training and development.”

5. All Tied Up: Welcome To The Knotverse

Keen to stay ahead of the curve, American heavy metal band Slipknot has hooked up with The Sandbox on The Knotverse – a Web3 home for the band promising everything from NFTs and metaverse concerts to gaming experiences and merch. As reported by Kerrang, the move is a reaction to demands from the band’s fans, known as ‘maggots’, for them to have a bigger presence in the metaverse. The Sandbox founder, Sébastien Borget, has confirmed that the Slipknot NFTs sold on the platform can be used on any other compatible platform.

“When I started playing Quake online in 1999 and Minecraft in 2011, it was another level. But at the time, I couldn’t have Sid scratching next to me, I couldn’t offer visual art to fans. All we could do together was play the game. But ideas like that are not only possible now, they barely scratch the surface. We are listening, we are watching, and we are going where our fans are leading us. And if you don’t understand, know that we’re going to help bring our fans along. We’re getting in this for all of us, with all of us,” Shawn ‘Clown’ Crahan told Kerrang.

We’ve had Beyond Van Gogh and Beyond Monet, and now we’re being given the chance to be whisked away to ancient Egypt to discover the treasures inside boy pharaoh Tutankhamun’s tomb in new immersive experience: Beyond King Tut. Marking the 100th anniversary of the tomb’s thrilling discovery by archaeologist Howard Carter and Lord Carnarvon, the experience will debut at the National Geographic Museum in Washington D.C. in June and the SoWa Power Station in Boston in July.

Produced by immersive heavyweights Paquin Entertainment Group – the company behind Beyond Van Gogh and Beyond Monet – and Immersive Experiences, in collaboration with The National Geographic Society, the exhibition combines cinematic storytelling and soaring imagery via cutting edge projection mapping to invite visitors into the young king’s world. The exhibition will also include virtual reality experience ‘Tutankhamun: Enter the Tomb’, produced by City Lights and voiced by Downton Abbey star Hugh Bonneville, who will guide guests through King Tut’s tomb, unearthing its abundance of artefacts.

7. Alien Resurrection At The Serpentine

The Serpentine Gallery in London is inviting visitors to enter the mind of an alien at its new VR experience – Alienarium 5. As reported by Euro News, the other-wordly concept is the brainchild of French artist Dominique Gonzalez-Foerster. Created in partnership with Vive Arts, visitors are asked to don a VR headset and enter a shape-shifting alien world. Inviting participants to be co-creators in the experience, as they move around, so too do the wave-like swirling particles in front of them, out of which fellow aliens emerge that they can interact with.

Each of the five VR headsets offers a different alien experience, and some are synched so the alien apparition is the person sitting beside you. “VR is such a special technology,” Leigh Tanner, head of global partnerships for Vive Arts told Euro News. “By using immersive technology, visitors don’t just witness the alien ideas that Gonzalez-Foerster wants the public to see, they experience it fully.” The exhibition also features a scent gallery that emits alien aromas created by Barbabé FIllion, a 360-degree ‘meta-panorama’ collage, and a relaxation area with a red velvet bed.