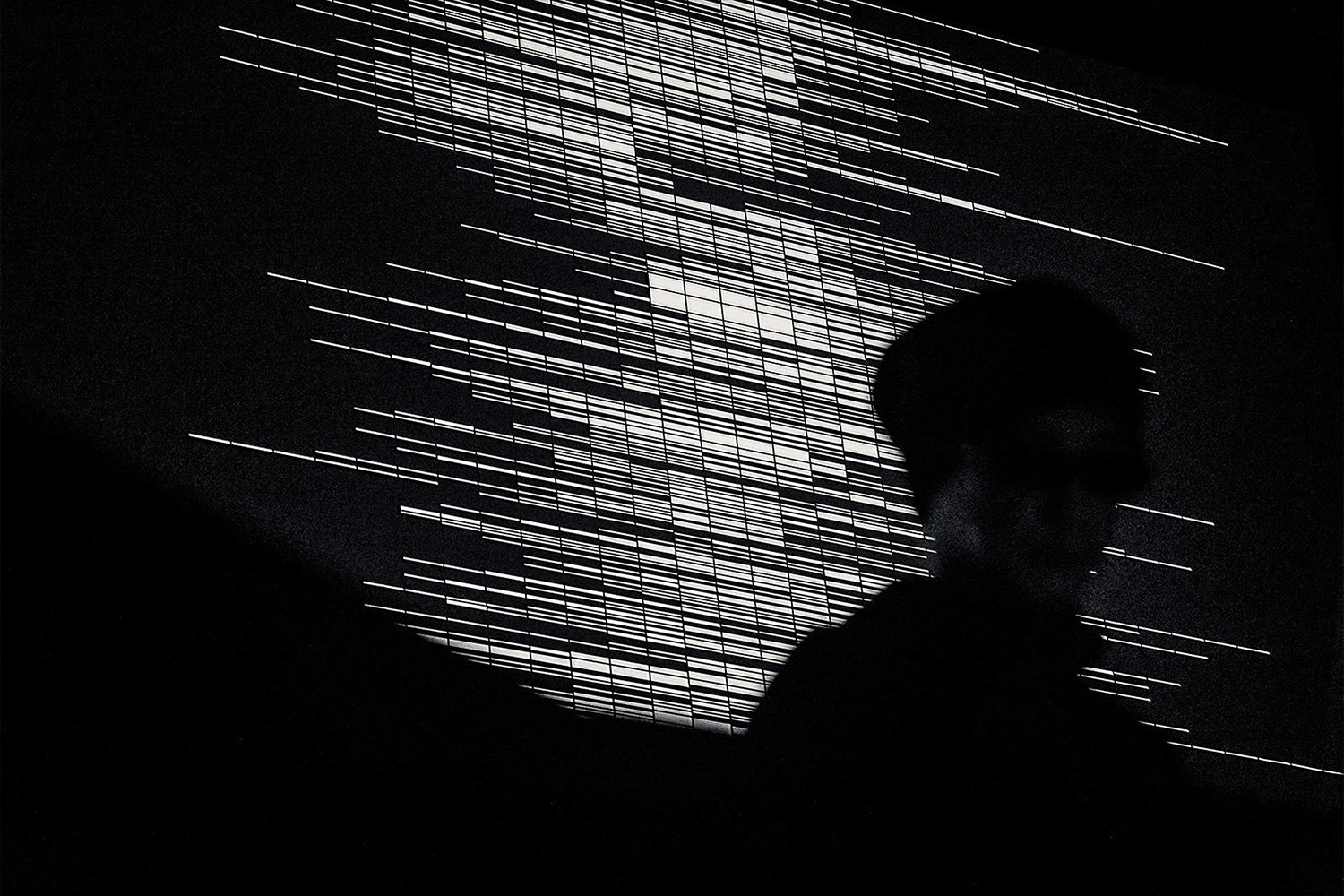 We’ve had several brain-busting Firestarter talks this season of Campfires, exploding the meaning of the metaverse, learning how to get $$$ for our creative ideas, and adding tools such as the 7 “I”s to our experience toolbox.

But for this Campfire we wanted to mix things up a little and keep the format fresh. So we threw open the floor to our WXO members to talk about the experiences they’re currently working on and ask their fellow members for advice about how they can be improved. Think of it as an open-source surgery for experience ideas.

The group’s projects ran the gamut, from interpreting music in light form to a Dream Box where frazzled people can go for some much-needed ‘me time’. Here are five key takeaways that we think could be useful for experience designers across the board, whatever they’re currently working on.

1. How To Harness The Power Of Connection

First to share their workings was experience strategist Carolene Méli, who spoke of her ambitious 1,000 Points of Connection project that seeks to shed light on the importance of human connection and how people reconnect with their environments during periods of detachment.

Méli’s goal is to gather data from 1,000 people about how they connect with people and the world around them, which she’s hoping she’ll be able to use as a case study on how to harness the power of connection in the experience design process.

The idea for the project came about after a series of morning swims in the still-freezing Cypriot ocean. Before taking the leap, Méli noticed how encouraging the locals were of her bravery in embracing the water’s icy depths, which got her thinking about moments in life that offer opportunities for connection.

“When you do something a bit daring and out of your comfort zone, people rally around you as they’re curious. They want to support you, and they might follow in your footsteps. It’s a critical moment to be speaking about connection, and how we can create deeper connections in the experiences we design.“

Keen to get her questionnaire out to a receptive audience, Méli asked the group for advice. Audette Sophia suggested offering incentives to participants in the form of knowledge sharing and invited her to join the panel on her LinkedIn Live talk on social listening. Julia Eisenlöffel thought turning her findings into a coffee table book would encourage people to want to be part of the project, creating a tactile physical record of the findings for people to keep.

Pigalle Tavakkoli highlighted the importance of knowing who your target audience is, seeking them out, and presenting them with the questions in a way that speaks to them directly, while Charlotte-Amelie Veaux pointed out the importance of being transparent about how the information within the questionnaire will be used to avoid any confusion down the line.

2. How Light Can Illuminate Experiences

Two of the WXO member design projects currently bubbling away deal with light and how we experience it. Mark Schmitz, founder of Zebradog, shared news of his illuminating new project that seeks to translate music from past performances from the Wisconsin Youth Symphony Orchestra into light form as a way for the students to reconnect. The idea is in its infancy at the moment and Schmitz welcomed input from the group as to the best way to bring it to life.

“This will be a permanent installation that will be there in 100 years’ time, which will serve as an archive of music through time. We’ll be capturing symphonic music for eight-year-old kids, and we’ll be able to play it back in the form of light for all time, so it’s a way of capturing history.”

Kevin Dulle suggested incorporating micro directional sound into the design so a particular child’s music starts playing at a certain spot within the installation, allowing people to connect what they’re seeing in light form to what they’re hearing. Wallman wondered whether a mobile version of the experience might be a good way of sharing it with the orchestra’s 5,000+ alumni around the world.

Beth Rypkema, founder of Artful Access, pointed out that arpeggios – the notes of a chord played in rapid succession – take so many different visual forms, and suggested identifying tones with particular colours – a design element that would appeal to synesthetes, who experience the senses in a connected way rather than as separate sensations.

This idea sparked a debate about the colours people project, leading Gen Miner to posit that we might live to see a future where we can express how we feel through colour technology without having to articulate our mood, which could be used as a tool to help people with similar tones and colour moods to connect.

Daniel Hettwer of Hidden Worlds Entertainment believes the idea could be used to great effect in the metaverse, where people’s avatars could change colour depending on their mood, helping to create a more empathetic digital space and allowing people to be able to read each other’s emotions more easily online. He also advised Schmitz to seek out celebrities with synesthesia that might be willing to collaborate on his music project to help shine a light on how the condition can be used as a positive force in the creative arts space, rather than being a hindrance.

Adding more colour to the conversation, neuroscientist Doug Steel revealed that electro chromic tattoos, which work by using an electro conductive paint on the skin that maps to internal emotional states, will be the next frontier in body ink, creating moving pictures that migrate across the skin. Also letting the light in is LED specialist Aaron Oppenheimer, who’s making waves around the globe with his giant LED tree sculptures and flower gardens.

Confident with his product, Oppenheimer asked the group how to get his LED artworks in front of a larger audience in order to sell more units. Méli felt they could work well inside the VIP tents at Cirque du Soleil, if they were easy to pack up and transport.

Wallman, meanwhile, highlighted the importance of having a strong, identifiable brand people remember and associate the product with. He also suggested taking an Apple approach and being bold with his pricing, winning over the innovators at the top of the socio economic tree first, before appealing to the mass market, generating intrigue through the initial exclusivity.

3. How To Measure Emotional Impact

Daniel Hettwer of Hidden Worlds Entertainment then took to the floor to share news of his first ‘impactainment’ installation, which is set to run in Miami for four weeks from 20 May. The intimate immersive dining experience takes guests on a deep dive into the ocean, through mangroves and coral reefs, to reveal its hidden depths.

The ocean environment has been built in VR to enable for depth perception. Using large-scale projection mapping, a light show, immersive sound, actor engagement and physical artworks, everything – including the tables – comes to life. The ultimate goal is to highlight the fragility of ocean ecosystems and the importance of ongoing conversation work.

“Everything we do is based on extensive scientific research enabling us to assess the emotional response of our guests and the resulting impact on awareness and engagement in nature conservation. It’s important that everything we do in the space leads to positive impacts. The age of entertainment for entertainment’s sake is over.“

Interested in the idea, Veaux was keen to know how Hettwer planned on measuring the environmental impact of the experience on participants, and whether it was big enough to spark behavioural change. Hettwer said he was road testing the project with 300 volunteers who will take part in the experience wired up to neuro trackers that measure the emotional impact of the event along the way, so it can be tweaked to suit participants’ personal preferences.

4. How To Build A Dream Team

Julia Eisenlöffel then enlightened the group about her current project – a Dream Box – where people can go to switch off from the daily pressures of life and indulge in guided meditations and some well-deserved rest and relaxation.

“Instead of a coffee break at work, you could go into the Dream Box to meditate, relax or just take time for yourself to get back your energy via a guided meditation, light effects or a sound environment that leaves you refreshed – the idea is for it to be personalised for each user.”

Eisenlöffel sought advice from the group regarding co-creation and the best way to build a successful creative team around her. Hettwer stressed the importance of taking a mission-driven approach and working with people who share your vision, while Pigalle Tavakkoli suggested hammering out mission values from the get-go with your co-creators to ensure that you’re all aligned in your thinking.

“I’d recommend rather than a co-founder model to do a collaborative model, so ultimately, you’re the creative director and you’re art directing the overall concept and finding the right collaborators to co-create with.”

Rounding off the session, Pigalle Tavakkoli and Audette Sophia – chief experience officer at Catalyst Arts – shared their latest ventures, which seek to capitalise on their experience expertise. Tavakkoli is hard at work condensing her 15+ years of experience design into a useful book for newcomers to the field, or those seeking to fine-tune the experiences they’re creating.

“After 15 years in the industry, I’m finally getting to the point of mapping out the process for experienced design, which takes you from concept to delivery in a practical, step-by-step how-to guide, as the question I’m most often asked is ‘how is it done’? I finally feel like I’ve cracked the code and I don’t think anyone else has this particular approach.”

Keen to publish a book on her findings but aware of the time it takes, Tavakkoli sought advice on how to get her methodology out into the public domain without her ideas being taken by others and claimed as their own. Having self-published his first book – Stuffocation – Wallman suggested going down the self publishing route, which can lead to amazing things: Stuffocation was picked up by Penguin when it started selling well online.

As for Audette, among the many experience projects she’s got on the go is a new video series called The Experience Pro Show focused on short form videos with experience experts who share their nuggets of wisdom on experience design and event creation to raise awareness about the industry. As a spin off she’ll be hosting a series of informal, experience-based panel debates on LinkedIn Live.

Taking a looser approach to our Campfire series, among the pearls of experience design wisdom we gleaned from Campfire 47 were: