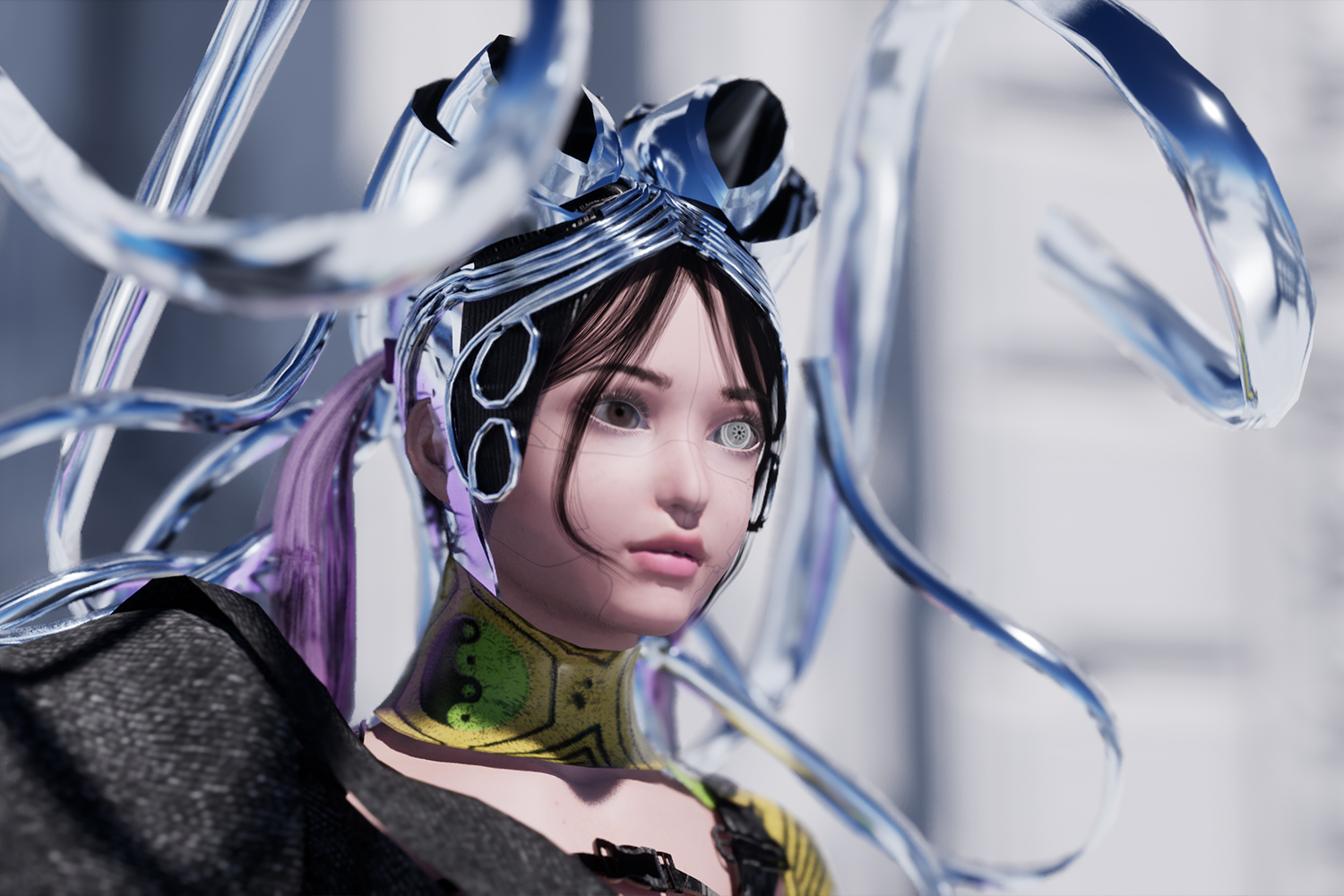 Welcome to Experience Radar 27 where we’re investing in digital fashion brands, running riot among the immersive artworks at Future Shock in London, and learning how sonic seasoning may be the key to a happy workspace.

1. Prince Makes It Rain In Chicago

Ever wondered what purple rain feels like? Prince fans in the Chicago area are being given the chance to get up close and personal with the late singer at a new immersive exhibition launching at The Shops at North Bridge on the Magnificent Mile in June. As reported by Rolling Stone, Prince: The Immersive Experience was masterminded by Superfly – creators of The Friends Experience and The Office Experience – in partnership with the Prince Estate, and features 10 multidimensional spaces that take visitors through the musical eras of the singer’s life, charting his creative evolution and political activism.

Visitors will be able to venture inside Prince’s iconic Purple Rain album cover and sit astride its purple motorbike. Another space recreates Paisley Park’s Studio A, where Prince made musical magic happen in the ‘90s, where attendees can have a go at playing producer on the singer’s 1984 track Let’s Go Crazy. The singer’s lighting designer, Roy Bennett, collaborated with Superfly to create an audio-visual dance space within the experience, which will include an immersive room inspired by his 1991 album, Diamonds and Pearls, featuring candelabras and strings of pearls. The plan is to take the experience to key cities around the world.

While we may not be able to wear the clothes IRL, digital fashion companies are making a splash in the metaverse and are proving to be popular investments. As reported by Vogue, a slew of digital fashion companies have recently received millions of dollars in funding, from seed to Series C rounds from investors seeking to expand their scope. “Metaverses are inherently visual and social, so digital fashion is arguably one of the most important content verticals that needs to be created,” Maaria Bajwa, an investor at Sound Ventures, told the magazine.

Sound Ventures, which counts Airbnb and Uber among its investments, recently backed digital fashion house The Fabricant, helping the start-up to raise US$14 million in series A funding to scale up its operations. “The fashion industry will be one of the first to be the most disrupted by blockchain technology,” Megan Kaspar, co-founder of Red DAO, told Vogue. “Unlike the industry’s response to Web2, many brands are quick to see the opportunities afforded by this disruption and are embracing it at unimaginable speed.”

3. Beauty And The Beast In The Big Apple

Disney lovers are in for a treat, as New York is to get an immersive Beauty and the Beast experience inspired by Jeanne-Marie Leprince de Beaumont’s iconic fairytale. As reported by Time Out, the 90-minute experience, created by the team behind the boozy Alice in Wonderland experience that hit New York in September 2021, will transport attendees to the Beast’s enchanted castle.

Part theatrical experience, part escape room, visitors have to lift the curse put upon the Beast and his servants, while solving riddles and challenges and creating two themed cocktails. The show kicks off in August and runs until January 2023. Details of the venue are currently being kept under wraps, but we do know that two cocktails are included in the US$35 early bird ticket price.

London’s subterranean immersive art hub – 180 The Strand – has launched a bold new exhibition called Future Shock, which showcases the works of 14 international digital artists hell-bent on blurring the boundaries between the physical and virtual worlds. Via cutting-edge audio-visual technology, the gallery space has been transformed into a psychedelic world of lasers, holograms, interactive LEDs, kinetic light and electro music, making use of generative and interactive algorithms, AI and 3D digital mapping.

Among the artists on display are: Ryoichi Kurokawa, Caterina Barbieri, Lawrence Lek, Gener8ion, Weirdcore, Gaika, Nonotak, Ben Kelly, Ibby Njoya and Natalia Podgorska, all of whom seek to challenge our preconceptions by reimagining the near-future in their site-specific installations. The Evening Standard described the show as a “techno funfair” that makes use of cutting-edge software to create generative, immersive experiences unique to each visitor. Prepare to have smoke rings blown in your face and witness projections of urban and environmental ruins that warp, fragment, disintegrate and atomise, in an “awe-inspiring virtual reality without the headset” experience.

5. Sonic Seasoning In The Workplace

With ‘The Great Resignation’ still in full swing, the need to create inspiring workspaces that keep staff energised and engaged has never been greater. According to Wunderman Thompson, businesses are leveraging the power of audio to design more compelling employee experiences, turning offices into places that employees want to spend their valuable time. At the forefront of the trend is Arizona-based firm Spatial, which has created a scalable technology platform that powers immersive 3D virtual sound experiences for real-world spaces.

Last year Spatial launched Future of Work Soundscapes in collaboration with sonic branding firm Made Music Studio. Blending music and biophilic sound, three soundscapes create the optimal environment for different work modes: a welcome ambience for reception spaces creates a sense of warmth and interconnectedness; a focused ambience reduces distraction, and an energising ambience for communal areas encourages optimism and motivation. According to Made Music, there’s a strong correlation between one’s reaction to sound and a subconscious desire to return to that space.

6. Creating A Better Metaverse For Kids

As the metaverse continues to evolve at lightening speed, the need to create a safe digital environment for children is becoming increasingly pressing. In response, brands are building metaverse worlds dedicated to youngsters to ensure they have a safe digital experience. Lego and Epic Games are partnering to build a metaverse for kids. The two power players plan to “build a fun and entertaining space in the metaverse that will empower children and adults with tools that give them control over their digital experience,” Epic Games CEO, Tim Sweeney, said.

Meanwhile, sports brand Nike co-created ‘Airtopia’: a kid-friendly world in the metaverse, with three children from the Nike Play Council, who added their alien illustrations, drumming sound effects and skateboarding prowess to the virtual world. The virtual realm currently has no safety measures in place to protect young gamers from predators online. Going forward, we can expect to see more safe digital spaces created for children as the metaverse continues to evolve.

7. Game For A Laugh At The Hijinx Hotel

Kidults Down Under are in for a treat, as the world’s first challenge room hotel is due to open its doors in Sydney later this year in the city’s Alexandria precinct. Called the Hijinx Hotel, the immersive space is the brainchild of Funlab, creators of entertainment hubs Holey Moley, B. Lucky & Sons, and virtual reality darts lounge, La Di Darts. The hotel is home to 15 themed rooms offering an array of challenges, from giant Twister, pinball and Tetris to a room inspired by Netflix gameshow Floor is Lava.

As reported by The Urban List, the hotel boasts a grand (fake) lobby, novelty room keys, a trio of bars, and flamboyant, Grand Budapest Hotel-inspired design flourishes. Time is tight, as gamers only have four minutes to complete each challenge. The goal is to accrue as many points as possible in the allocated time across a five-room gaming experience.