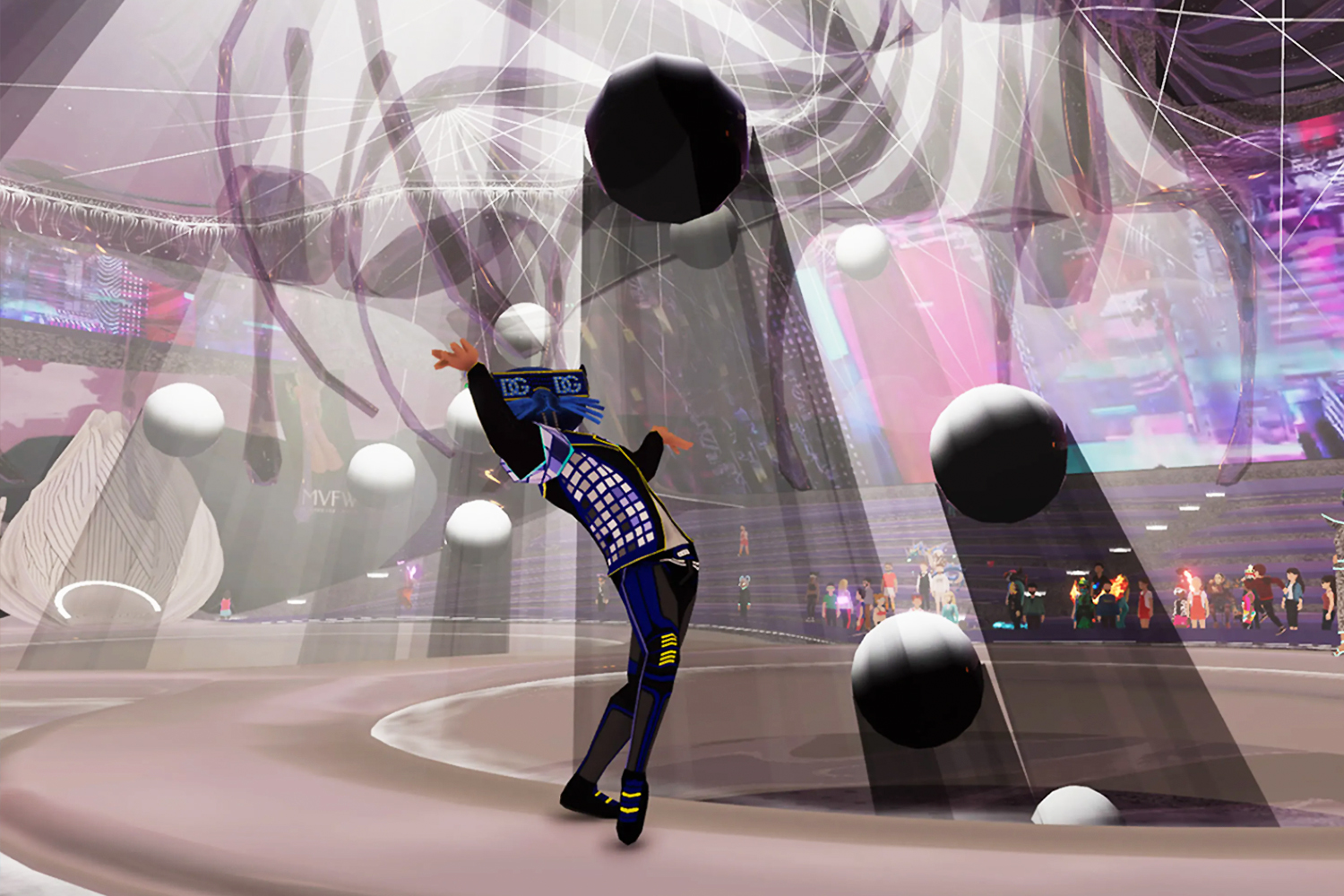 1. The Crypto Elite Get Their Own Club

With the metaverse evolving at lightning speed, it was only a matter of time before the first private members club emerged in the digital space. Billing itself as a decantralised Soho House, Friends With Benefits (FWB) started life as a chat room on Discord for crypto geeks and has evolved into an exclusive digital members club (minus the cocktails). According to Wunderman Thompson, FWB received a $10m round of funding led by Andreessen Horowitz last year, bringing its valuation to $100m.

The club operates as a DAO – decentralised autonomous organisation. Serving as a digital VIP lounge for crypto creatives, to add to its allure membership is fiercely selective. Only one in five applications is accepted, and gaining entry to the club requires a minimum buy-in of $FWB tokens, which unlock member benefits like access to chat rooms, newsletters and events. While FWB exists on Discord, the company has physical bases in New York, LA and London. As the metaverse takes shape we can expect to see more of these networking spaces popping up in tandem with the emergence of new cultural class of crypto elite.

In what promises to be an explosive immersive event, Tower Vaults at the Tower of London is staging a new show called The Gunpowder Plot Experience, which tells the story of Guy Fawkes’ infamous 1605 plot to blow up parliament. As reported by The Handbook, the show, starring Harry Potter pinup Tom Felton, sheds new light on the well-known story. Putting the audience at the heart of the action, the 360-degree performing space promises to deliver a fully immersive experience, blending live and virtual actors.

Theatregoers can don VR headsets and take a boat trip down the Thames to explore the Houses of Parliament and Tower of London as the events of Fawkes’ story are re-enacted. “We want it to feel like somebody made a movie of the Gunpowder Plot and it came to life around you and exploded in your face, with bits of Jacobean London flying at you. This is a story about activism. It’s about trying to change the world then realising that you’re doing it the wrong way,” writer Danny Robbins said.

Taking live music to the next level, Puerto Rican rapper Bad Bunny – aka Benito Antonio Martínez Ocasio – treated fans to an immersive pre-show museum experience in his hometown of San Juan ahead of his long-awaited return to the stage. As reported by Biz Bash, the rapper collaborated with art collective Cool Shit and Quest Production on the ambitious installation; a walk-through experience taking in inflatable sculptures, interactive elements and a faithful replica of Bad Bunny’s childhood bedroom where he dreamt of stardom.

One of the rooms within the 50,000 square foot venue showcased some of the singer’s iconic outfits and magazine cover appearances amid soaring scaffolding. “The takeaway that we were hoping for was for Benito’s fans to feel closer to the artist and to revel and be immersed in his world,” the Cool Shit team told BizBash, revealing that the biggest challenge was “creating a coherent journey tying together multiple experiences and activities”. The centrepiece of the museum was a giant sculpture of the rapper’s head, whose tongue doubled as a multicoloured inflatable slide. Over 80,000 concertgoers were free to roam inside the rapper’s brain, where they could listen to exclusive new tracks.

4. The Metaverse Gets A Glow-Up

Setting a new standard for luxury, fashion and consumer engagement within the liminal events space, Decentraland recently hosted the first ever Metaverse Fashion Week, which saw big name brands like Dolce & Gabbana, Tommy Hilfiger, Karl Lagerfeld and DKNY flaunt their latest designs in the digital realm. As reported by Wunderman Thompson, over 60 designers took part in the envelope-pushing event, which took place over a long weekend. Inspired by the Avenue Montaigne in Paris, shows took place in Decentraland’s Luxury Fashion District, and featured collaborations between fashion brands and digital artists.

Keen to be involved in the event as something of a litmus test, Selfridges hosted an exhibition of a dozen NFT dresses by Paco Rabanne in a digital replica of the IRL exhibition at its London flagship. Meanwhile, pop star Grimes performed live as an avatar dressed by tech couture house Auroboros in a bodysuit inspired by Marvel character Mystique, while Sophia the robot modelled exclusive wearables throughout the event. Decentraland launched three new NFT emotes (posed expressions for your avatar) of varying rarity during the event, which could be won then traded in the platform’s Marketplace throughout the weekend.

We can learn a lot from failure – from how to build our resilience to valuable lessons on what does and doesn’t work in the world of design. Mistakes reflect opportunities taken and avenues explored, and teach us far more about life than our successes can. To celebrate the design innovations that failed to catch fire, psychologist Dr. Samuel West founded the Museum of Failure; a collection of failed products and services from around the world, from a painfully slow recreation of the DeLorean from Back to the Future to the ill-fated Google Glass smart specs, whose built-in camera raised Big Brother-like security concerns.

Most innovation projects fail. The aim of the museum, which has popped up everywhere from Shanghai and Taipei and to Sweden and LA, is to celebrate and showcase these failures as learning opportunities. Each item provides a unique insight into the risky business of innovation; an endeavour that requires you to be comfortable with the concept of failure. West’s ultimate goal is to remove the stigma around failure and inspire people to take meaningful risks.

International experience design and production studio Storyland Studios has been enlisted to design Sports Illustrated’s new fleet of hotels and resorts, which are set to begin rolling out next year. According to a post on the Storyland website, the hotels will boast “a variety of engaging, entertaining attractions for sports enthusiasts of all ages”. Storyland’s team, made up of experience design experts and veterans of the themed attractions industry, will lend its 3D approach to storytelling to the project. The first resort is slated to open in the Dominican Republic next year, with sister sites in Orlando and Hawaii due to follow.

First published in 1954, the American magazine is known for its engaging storytelling and powerful photography, but is perhaps most famous for its annual swimsuit issue, which has been in print since 1964. Owner Authentic Brands Group is keen to expand beyond the page and offer its 70 million-strong fan base a passport to an aspirational lifestyle. Heading up the project is Storyland’s chief creative officer, Mel McGowan, who has a decade at Disney under his belt. “Transforming the brand from page to themed environment, then inviting sports enthusiasts to immerse themselves in that space, is going to be an exciting journey,” he said.

7. The Pleasure Of Leisure Isn’t Simple

While many of us daydream at our desks about jetting off to a sun-dappled desert island and leaving the stresses of our day jobs behind, it turns out that enjoying our leisure time isn’t as easy (or stress-free) as it should be. As reported by the BBC, as time becomes viewed as an increasingly precious commodity, spending our free time wisely, and getting the most out of it, is hampering our enjoyment of it. With busyness seen as a badge of honour, and a long-hours working culture still very much in existence, we often feel guilty when we relax.

The problem stems from the fact that we’ve been conditioned to believe that free time is wasteful. According to Anat Keinan, associate professor of marketing at Boston University’s Questrom School of Business, people are on the hunt for unusual and extreme ‘collectible experiences’ that they can tick off their bucket lists as a way of reframing leisure time as productive and goal-oriented. Clever use of free time – from running marathons to climbing mountains – have become status symbols on social media, and a way of people showing the world that they’re spending their valuable free time on important, meaningful experiences. (For more on how to take back control of your life and enjoy your free time, check out Campfire 51: Indistractable! With Nir Eyal.)