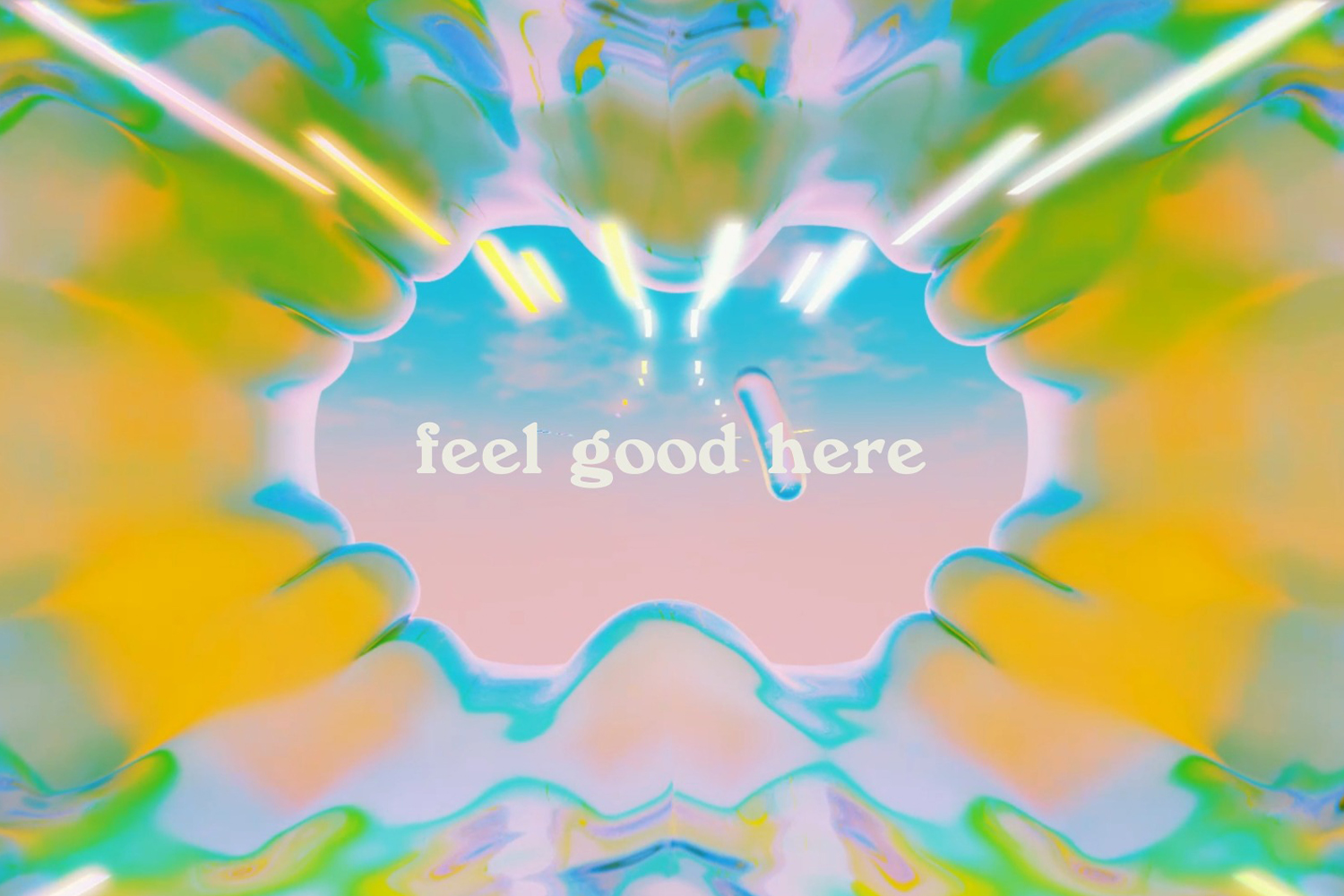 Welcome to Experience Radar 28, where we’re marvelling over architectural wonders in the metaverse, blissing out during Coachella’s AR-driven livestream, and discovering how feelings of awe can mimic those of psychedelics.

1. Coachella Harnesses The Power Of AR

This year’s Coachella featured the world’s first livestream to add augmented reality tech into a festival performance. As reported by Time, during electronic artist Flume’s set, giant trees, bright flowers and enormous parrots rose above the stage. The trompe l’oeil trick was the brainchild of Unreal Engine, Epic Games’ 3D software development tool, which worked with Flume’s artistic team to create psychedelic 3D images that blended in seamlessly with the musician’s stage design and set, floating around the set and into the sky, though visible only to viewers at home. A trio of cameras equipped with additional hardware tracking allowed the production team to insert the 3D graphics into the video feed in real time.

The result, according to Time, serves as “a template for how live event planners might wield metaverse technology going forward to create unique experiences for at-home viewers”. Many metaverse builders believe that live events will be increasingly hybrid, and will feature both digital and real-world components. Immersive tools have an important role to play in making both the physical and virtual versions of the event “distinctive and desirable” in their own right. “It doesn’t make sense to just recreate the live music experience virtually,” Sam Schoonover, the innovation lead for Coachella, told Time. “Instead, you should give fans something new and different that they can’t do in real life.”

2. The Sandbox And FlickPlay Join Forces

FlickPlay and The Sandbox have joined forces to create a more immersive experience in the metaverse. As reported by Coin Speaker, the new alliance will enable players from both platforms free movement in the virtual space. Users will also be able to take their virtual belongings with them while moving across the platforms. As part of the joint venture the firms are creating NFTs that will be interoperable between the two platforms, including FlickPlay’s first NFT collection, Flicky.

On the FlickPlay app, players use an interactive map of their environment to unlock digital collectibles, using their phone camera to overlay the digital collectibles into the physical world. The Sandbox, meanwhile, is a 3D virtual world boasting over two million users, who can buy land on the Ethereum blockchain and build assets. Co-founder Sebastian Borget said the collaboration was the first bridge between a virtual world asset and usage linked to the physical world, which will “create a more immersive experience that extends into the metaverse.”

While big fashion brands have been quick to swoop into the metaverse and put their marker in the sand, some of the world’s top architectural firms are also keen for a slice of the action. As reported by Wunderman Thompson, Bjarke Ingels Group (BIG) has designed a virtual office in the metaverse for Vice Media Group, which opened in Decentraland in March. Bringing avant-garde design to the virtual realm, the first floor will serve as an NFT gallery, while the upper levels will be reserved for meetings and presentations.

Zaha Hadid Architects is also bringing its design clout to the metaverse. Known for its eye-catching futuristic designs, the firm created an entire city in the metaverse this spring. Called the ‘cyber-urban crypto incubator’, the space included a city hall, plaza and exhibition centre in Hadid’s signature “curvaceous, sinuous forms with rounded corners”, according to Dezeen. One of the creative perks of designing in the metaverse is that the laws of physics don’t apply, allowing architectural creativity to reach new heights that transcend physical limitations.

4. Retail Fights Back With ‘Hyperphysical’ Shops

From Jacquemus to Balenciaga, luxury fashion brands are going hyperphysical to entice consumers back to bricks-and-mortar retail, dialling up touch and texture at their cutting-edge pop-ups. As reported by Vogue, at the Le Bleu pop-up at London’s Selfridges, designer Simon Porte Jacquemus has reimagined his bathroom as part of a retail concept that stimulates the senses to great effect. The pop-up includes a vending machine in Selfridges Mews that dispenses colourways of the designer’s Chiquiot and Bambino bags. Le Vestiaire at Old Selfridges Hotel, meanwhile, transports customers through a surrealist interpretation of a swimming pool and features rooms with 3D sensory experiences.

Trend spotter The Future Laboratory defines ‘hyperphysical’ stores as enriching retail spaces that create a sensorial and holistically memorable store experience. Balenciaga is also dipping its well-manicured toes into hyperphysical retail at its pop-ups dedicated to its Le Cagole it-handbag in London and Bangkok, which feature an explosion of shaggy pink faux fur covering every imaginable surface. “Hyperphysical retail at its simplest is multisensory. It leans into the five senses, capturing what it means to be human,” Jacqueline Windsor, UK retail leader at PwC, told Vogue. “These pop-ups are a response to the rise of the metaverse, where consumers can socialise, work, shop and play.”

The concept of the ‘multiverse’ – a hypothetical realm consisting of a number of universes, of which our own universe is only one – is white hot in Hollywood right now. As reported by USA Today, for film studios, it’s lucrative from a business standpoint to incorporate multiverse storylines. In new martial arts/sci-fi comedy Everything Everywhere All at Once, Michelle Yeoh stars as a Chinese immigrant laundromat owner who discovers that there are dozens of versions of herself in alternate universes. Multiverse theory opens the door for richer storytelling, allowing us to see how beloved characters could have turned out had they faced different circumstances and made a different choices.

“When I think about an infinite number of universes, I think about meaning and narrative breaking down,” scriptwriter Daniel Scheinert told USA Today. “But there’s something about the multiverse that’s relatable these days, when everybody is living out multiple lives on the Internet.” Benedict Cumberbatch will play different versions of his titular sorcerer in the soon-to-be-released film, Doctor Strange and the Multiverse of Madness, while Batmen of yore, Michael Keaton and Ben Affleck, are set to don the cape and cowl once again in next year’s The Flash, a new DC film centered on Ezra Miller’s popular superhero.

6. Could The Metaverse Be A Force For Good?

Brands in the metaverse are using their influential digital networks to advance global humanitarian efforts. As reported by Wunderman Thompson, digital purchases in the metaverse are shifting funds to humanitarian causes around the world, adding another layer to the global impact of the metaverse. The Built With Bitcoin Foundation, a humanitarian organisation powered by Bitcoin, is raising funds for its beneficiaries by selling NFT artworks – 100% of proceeds from which will be put towards providing humanitarian support for its sponsored communities in parts of Africa, Asia, and Latin America.

Epic Games and Xbox, meanwhile, have raised US$144 million to support humanitarian efforts in Ukraine championed by the likes of Unicef, the UN World Food Program, United Nations High Commissioner for Refugees, and World Central Kitchen. Brands with clout in the metaverse are proving that the success of their digital offerings can go beyond entertainment and benefit the physical world. The flexibility, speed, and vast international reach that companies in the metaverse have allows them to support social causes with ease, giving them the power to turn the metaverse into a force for social good.

7. The Link Between Awe And Psychedelics

Gen Z media culture brand Woo believes we should be harnessing the power of psychedelics and awe to help us feel more connected both to our fellow humans and to nature. “The idea of connectedness is a key and consistent ideal of the psychedelic experience. When you get to experience that intangible connection to everything around us, some of the most potent long-term changes can take place, including how we treat ourselves, others and the planet,” writes Robyn Landau.

“This mystical, unified sense is often characterised by the powerful emotion of awe, which is consistently felt on psychedelic journeys,” he adds, explaining that awe has the same effect on our brain’s default mode network as psychedelics do. Awe-inducing videos, images and experiences in nature have been found to lead to the same deactivation in the default mode network, meaning we don’t need to take psychedelics to have this impact on our brains. “These intense experiences of awe directly lead to prosocial and pro-environmental behaviour. The shrinking of self in the brain makes us feel like we are part of something larger than ourselves, increasing our likelihood to volunteer, and feel bonded to a group,” Landau says.